From xenophobic statements by Lebanon's foreign minister to hostile public campaigns, Syrians are feeling less accepted than ever A Syrian man gathers his belongings as workers demolish cement block shelters at a refugee camp in the northeastern Lebanese town of Arsal, in the Bekaa valley (AFP)
By
Kareem Chehayeb
in
Beirut

On 8 June, Lebanese Foreign Minister Gebran Bassil posted a video on Twitter depicting a few dozen supporters of his political party chanting the national anthem in front of a restaurant.

But this was not a celebratory occasion - they were protesting against the restaurant’s management hiring Syrian workers.

That same day, Bassil’s political party, the Free Patriotic Movement (FPM), announced that volunteers from its youth wing would campaign to shut down businesses that employ Syrian refugees and non-Lebanese nationals.

Flyers were distributed across Beirut, calling on Lebanese to send photos and videos as evidence of businesses employing Syrians. They read: “Protect Lebanese workers and file a complaint about violators. Syria is safe for return and Lebanon can no longer take it.”

While Bassil’s controversial comments on Twitter and in speeches in recent years are not an anomaly, statements in recent weeks have been met with some hostility.

This includes a tweet on 7 June, where he said, “our affiliation to the Lebanese is above any other”, adding that it was “genetic” and that this national affiliation is about “integration” among Lebanese “while [also] refusing refugees and the displacement”.

One supported Bassil’s comments, viewing them as patriotic, while the other called for his resignation, with some people directly comparing the foreign minister to US President Donald Trump and Adolf Hitler.

Those who were outraged by Bassil’s comments have taken to the streets to protest what they described as hate speech.

“But when you have an organised campaign by a political party backed by the media and state security, this is an escalation.”

Ammar was among around 100 people protesting in downtown Beirut on Wednesday against what they see as racist and xenophobic incitement against refugees.

Most people who attended the demonstration stood silently, holding signs and banners denouncing hate speech, while others directly targeted the foreign minister himself.

“I don’t think this protest is going to change anything,” Ammar said. “But it’s important that [we] stand in solidarity with these workers who feel unsafe being there themselves.”

Another protestor in attendance, Jean Kassir, told MEE that the Lebanese had a “moral obligation” to protest against the inflammatory rhetoric towards refugees.

“We also have to expose the lies that are being said about the extent of the economic impact of Syrian refugees on our economy, as well as not mentioning any of the positives,” the young Lebanese activist said.

“We have to stand against the hate speech coming from senior Lebanese officials, including the foreign minister.”

Bassil, his party, and those who sympathise with the initiative, claim the seemingly xenophobic campaign is not racist but simply clamping down on violations of Lebanese labour law, which restricts Syrians to only a handful of jobs.

Protestors told MEE that the situation is not as straightforward as has been presented.

Ammar sees the labour law as “racist” and believes that it is unfair that Syrian refugees are unable to work most jobs in Lebanon while also being unable to register under the United Nations Higher Commissioner for Refugees (UNHCR) following a government decision in 2015.

If registered with UNHCR, Syrians are entitled to aid and benefits such as food rations, subsidies and greater freedom of movement. “[Syrian refugees] can’t register as refugees nor as documented workers,” Ammar said. “So what do they want these human beings to do?”

They cite Syrian refugees – which number around a million in Lebanon, a quarter of the country’s population – as a key source of the ongoing economic hardship.

Kassir, however, sees this as a shortsighted narrative.

“The government is using the refugee crisis as an excuse for the problems that [economically] vulnerable communities face,” he said, pointing to the country’s northern Akkar and eastern Bekaa regions.

“These areas were neglected prior to the refugee crisis.”

“There’s been seven or eight years of xenophobia [towards refugees in Lebanon],” Yazan, a Syrian-Canadian and six-year resident of Beirut, solemnly told MEE.

“I guess the urgency we’re seeing now comes from the discussion about refugee returns.”

While curfews, encampment raids and evictions, often seen as retaliation for attacks by militant groups, are commonplace in Lebanon, recent events indicate that they are increasing.

In less than two weeks, 25,000 Syrian refugees were evicted from their homes.

On 9 June in Arsal, northeastern Lebanon, over 5,600 structures housing Syrian refugees were destroyed following a decision from Lebanon’s military-affiliated Higher Defence Council determining that the concrete-based structures are illegal.

Lebanon has outlawed the construction of permanent structures to house Syrian refugees.

According to international humanitarian organisation Save the Children, around 15,000 children risk homelessness. It expects hundreds of other families to be evicted for similar reasons across Lebanon’s eastern provinces.

More recently, around 700 Syrian refugees were forced to flee Deir al-Ahmar, a town in Lebanon’s east, following an altercation between some of the Syrians and Lebanon’s Civil Defence.

UNHCR told local media that this was a form of “collective punishment”, adding that refugees were not allowed to return to their tents to pick up personal documents, medicine and other belongings.

Local governments have imposed curfews on Syrian refugees, claiming that this would prevent violence and altercations due to tensions between them and host communities. One mayor even said that some residents wanted to burn down refugee camps.

Yazan feels less safe and more uncomfortable in Lebanon than ever before, but believes that Syrian refugees who are of lower socio-economic standing, including agricultural workers, are at even greater risk.

“When [the Lebanese government] talks about Syrians, they are talking about that particular class,” he said.

“You wouldn’t see the authorities stop a Range Rover on the street at night to check if the driver and passengers are Syrian or not.”

Amnesty International Lebanon researcher Sahar Mandour said there is cause to be concerned about the increased hostilities towards Syrian refugees.

“Refugees are telling me that their situation is bad and they do want to return, but don’t return to Syria because they fear for their lives,” she told MEE.

Mandour urged Lebanon to respect the rights of refugees and to stop “harassing” them. 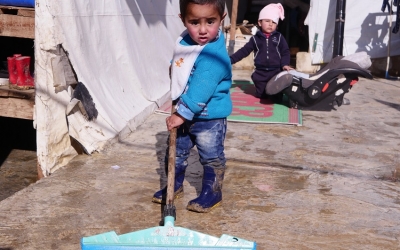 Stuck in legal limbo, unable to make ends meet and losing their makeshift homes, pressure on Syrians to return to their war-torn country after eight years of displacement is ratcheting up.

“Most Syrians obviously want to go back home,” Yazan said, adding that the continued conflict in Syria stops them from doing so.

He cited ongoing air strikes in Idlib, instability in Syria’s eastern cities, and allegations of harassment, forced conscription, and torture by the Syrian government as some of the factors that obstruct safe returns.

Ammar said it was shocking and ironic to hear these calls for return to Syria with Syrian President Bashar al-Assad in power, considering his country’s previous 15-year military presence in Lebanon, often referred to as an occupation.

“It’s baffling when you have people who call for their return to Syria, knowing that they have [previously] tasted oppression from the Syrian regime.” 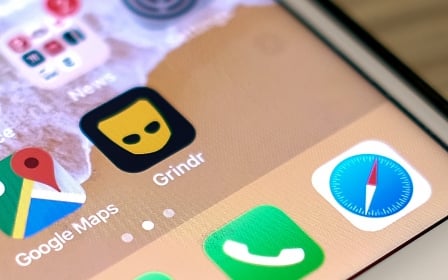