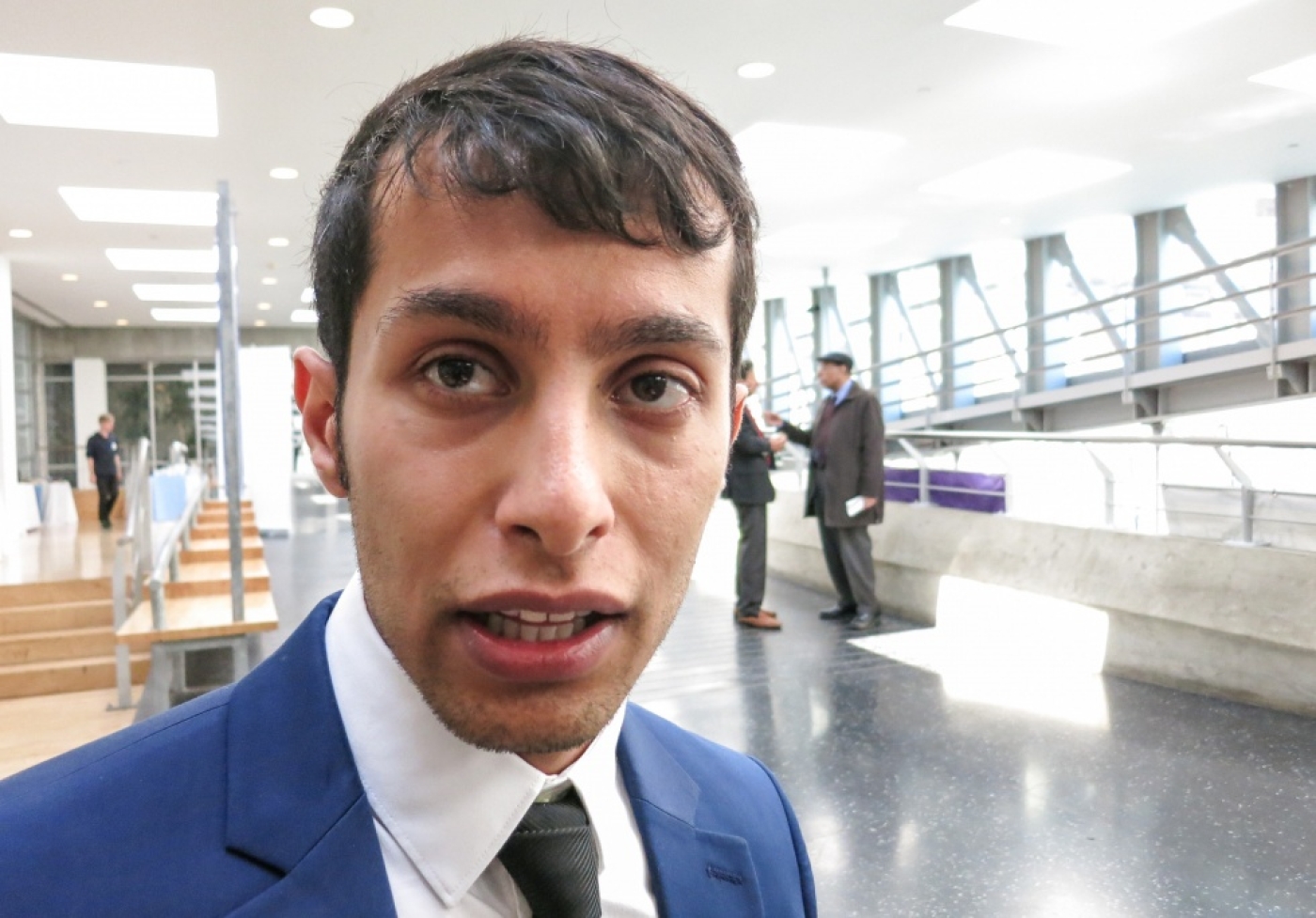 Postgraduate student Durgham Alyasiri, 23, an Iraqi, says many Arabs studying in the US want to avoid going home (MEE/James Reinl)
By
James Reinl

NEW YORK – When students from Jordan, Egypt, Qatar and other Arab countries reach the end of their courses at the University of Buffalo, upstate New York, they typically have one question in mind.

“I finish my studies soon, how can I stay here? How do I avoid going back?” postgraduate student Durgham Alyasiri, 23, who runs a support group for Arabs at the university told Middle East Eye.

“Lots of them come to me for information – not just students from Syria, Iraq and Yemen; but also those from relatively stable countries like Saudi Arabia, Egypt and Morocco, who are also looking to stay in the US.”

Alyasiri’s data are anecdotal, but the UN counts ever-more smart young Arabs leaving a region in which the uprisings of 2010 onwards yielded few democratic reforms, lit the fuses on wars and sapped the job market.

According to Khalid al-Wazani, an economist with the UN Development Programme (UNDP), the so-called “Arab brain-drain” is getting stronger. The estimated loss of 10-15 percent of young Arabs in 2012 has increased to 20-25 percent nowadays, he said.

“It’s not because they hate their countries, they are just looking for a better future,” he told MEE. “Most Arab countries have not learned their lessons from the uprisings and need to do more to reform not just education but all of civic life.”

Before region-wide unrest, UNDP had warned that officials needed to create 51 million jobs by 2020 to cater to the ballooning youth demographic. When protests spread from Tunisia to Yemen, many cited unemployment as a grievance.

Currently, European officials are tackling tens of thousands of refugees, asylum seekers and migrants from North Africa. Many drown while crossing the Mediterranean Sea in crowded boats from Libya; others travel overland via Turkey.

More than 36,000 migrants have reached Italy, Greece and Malta by sea this year, the UN’s refugee agency, UNHCR, said in April. They include Syrians, Iraqis, Libyans and other Arab nationals as well as many sub-Saharan Africans.

According to UNDP, the refugee surge from war-ravaged Syria, Iraq and Libya masks the mounting number of young, educated Arab nationals who are exiting the region - often via legal work and college visas to Europe and the US.

Sara Bittar, a UNDP analyst, said data from Arab countries is often missing or out-of-date. But falling university attendance in the region suggests that more and more educated young Arabs are packing up their bags and leaving, she added.

“The Arab uprisings came about through a mismatch between aspirations and reality,” the Lebanon-based socio-economic researcher told MEE. “So how has this reality changed? I think it has become an even greater clash with the aspirations of young people.”

According to Bittar, the job market has worsened, not just in war-torn Syria, Libya and Yemen. Elsewhere, falling oil prices, which sank to around $45 a barrel earlier this year, have harmed job options for those in the lucrative petroleum sector and beyond, she said.

UNDP released some new figures in the Arab Knowledge Report at the end of last year, helped by the Dubai ruler’s Mohammed bin Rashid Al Maktoum Foundation. More data are due in a long-awaited Arab development document later this year.

But, according to UNDP’s regional deputy chief Mourad Wahba, gathering statistics from Arab officials is no easy task. “The only way to get the data is from Arab governments,” he told MEE. “Why would they share that? It would make them look bad.”

Faced with the woes described by UN number-crunchers, 30-year-old Husam Al-Sayed, a Palestinian who was born and raised in Saudi Arabia, plans to leave his job running the Jeddah branch of the satirical online video network Telfaz11.

He has spent the past three months on an arts scholarship in New York and enjoys America’s artistic freedoms. Back in Saudi, “it’s a matter of respecting all the rules that are around, not defying them, not crossing the lines,” he told MEE.

“I am definitely moving here; that’s it. I found myself here,” he added. “New York is very generous for filmmakers. I thrive on taking photographs in the streets, that’s my passion. In Saudi, you’re in a car 24/7 and being creative is a challenge.” 'Madrassa in Brooklyn' turns the page on controversy 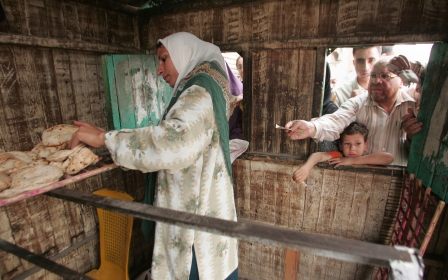