Armed man detained ahead of Israel rally in support of migrants Israeli police said they detained two men, one armed, on Saturday after they allegedly made online threats to disrupt a rally in solidarity with African migrants facing expulsion.

It said the men were "detained for questioning" after a Facebook post apparently calling for a violent counter-protest on Saturday evening as opponents of a government crackdown on the migrants gathered in Tel Aviv.

"Friends it's happening... the battle to throw out the infiltrators," said the post, reproduced in a police statement. "It's time to riot and defend our home."

The term "infiltrators" is used by Israeli authorities and supporters of mass deportation to refer to the migrants, mainly from Sudan and Eritrea, who began entering Israel illegally through what was then a porous Egyptian border in 2007.

Israel has given many of them until 1 April to leave for an unnamed African destination - known to be Rwanda - in exchange for $3,500 and a plane ticket. Otherwise, they face open-ended incarceration, the Associated Press reported.

Police said comments posted in response to the Facebook entry included "I am armed."

"Israel police immediately located the two suspects, detained them for questioning and at the conclusion confiscated from one of the suspects his weapon," the statement added.

Police said they expected about 5,000 people to take part in the solidarity rally.

Israel considers the vast majority of the nearly 40,000 migrants to be job seekers and says it has no legal obligation to keep them, according to the AP. The Africans say they fled for their lives and face renewed danger if they return. 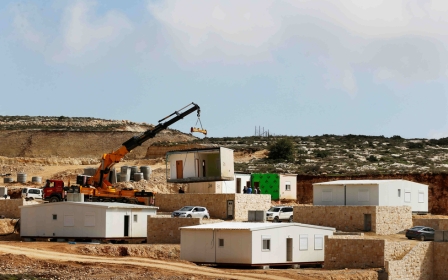