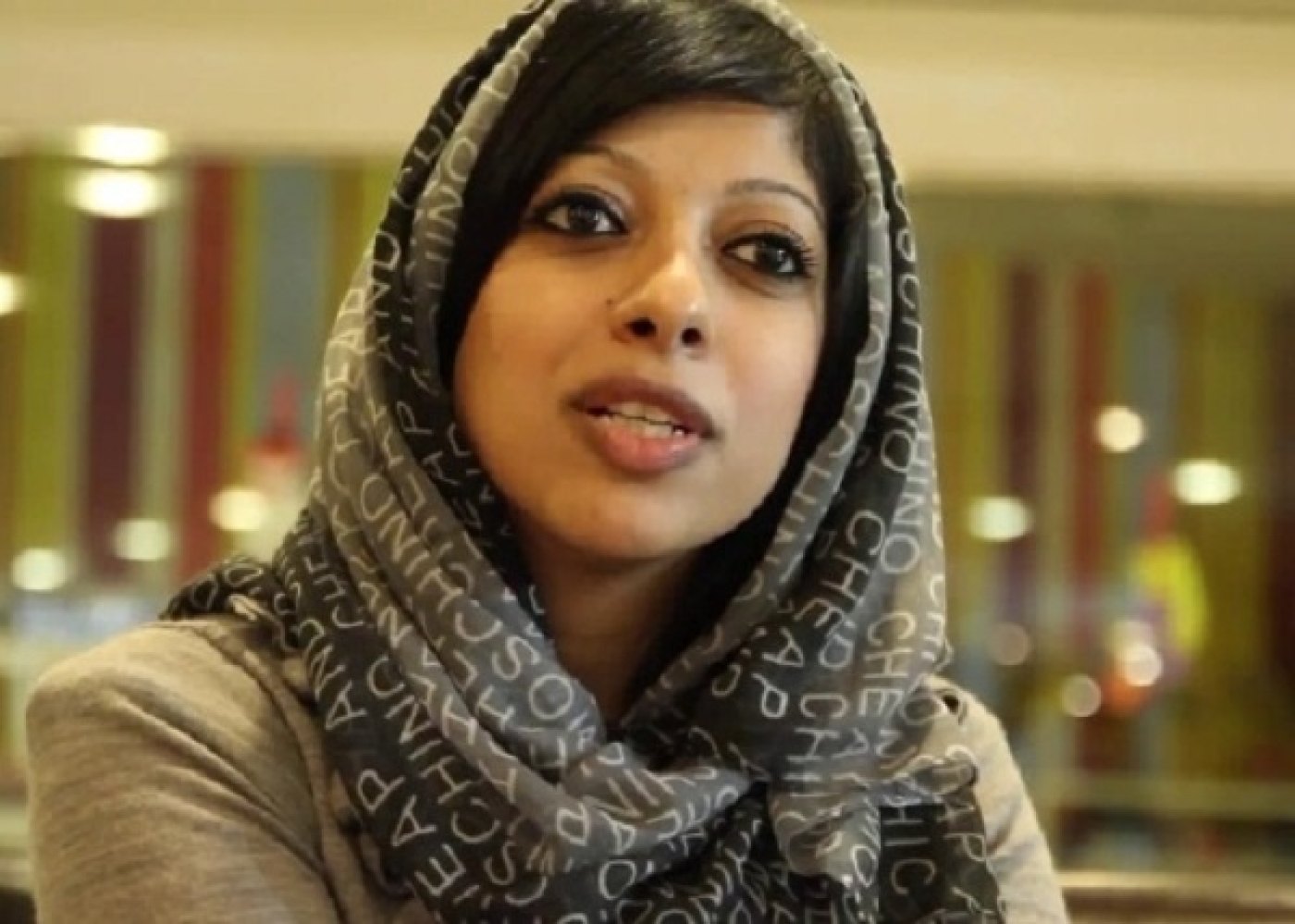 Bahraini authorities have released a human rights campaigner who has been in prison with her infant son since March, her family told Middle East Eye.

Zainab al-Khawaja, 32, was serving a three year and one month prison sentence for multiple convictions that include twice tearing up a photo of Bahrain’s King Hamad bin Isa al-Khalifa.

The family said that they were called by authorities after seeing reports on the official Bahraini news agency that Khawaja had been released.

The release comes after a week of reports of human rights violations in Bahrain and MEE understand the charges against Khawaja still stand and she could be returned to prison.

In an interview with MEE, her sister Maryam al-Khawaja, who is co-director of the Gulf Center For Human Rights, said: "Her husband received a phone call this morning to say she would be released and to travel to the prison to collect her."

She added: "Obviously we are delighted, but what is important and what needs to change in Bahrain is the system that saw her put in prison in the first place. Yes, she has been released but there is no guarantee she won’t be rearrested in a few weeks or a few months.”

Zainab is officially out and on her way home to her children. #ReleaseAllPrisoners #Bahrain #ItsNotOver

In a statement provided to the Bahrain National News Agency, the Bahrain Independent Commission of Inquiry - a body that reviews judicial decisions - said it had recommended that Khawaja be released with her son after a review of her case was requested by the prosecution.

Khawaja was held along with her 17-month-old son Abdulhadi. Authorities had previously refused Khawaja’s request to release her son to his father while she was unwell with the flu earlier this month.

Khawaja languished in jail until Tuesday despite Bahrain’s Foreign Minister Khalid bin Ahmad al-Khalifa 7 April pledge she would be released. He was speaking during a news conference with US Secretary of State John Kerry.

More than a month later, on 9 May, the foreign ministry said Khawaja would be released on humanitarian grounds because of her children.

Khawaja comes from a family of activists, and her father Abdulhadi al-Khawaja is serving a life sentence for his alleged role in the 2011 uprising that initially called for democratic reform, and later demanded the fall of the monarchy.

Bahraini authorities claim to have embarked on a reform process over the past five years – aided by close ally Britain – which has seen an overhaul of the security and justice sectors.

However, activists have argued that the situation has worsened, and increasing numbers of Bahrainis are being imprisoned and allegedly tortured.

Khawaja’s release comes only a day after an appeal court in Bahrain increased the sentence of opposition leader Sheikh Ali Salman from four to nine years in prison. The appeals court found him guilty of "attempting to overthrow the regime". Former leader of the secular Waad political society Ebrahim Sharif also appeared in court on Tuesday to appeal a one-year sentence on charges related to freedom of speech, but the case was postponed.

The announcement that Khawaja was set to be released came only hours after British foreign minister Philip Hammond visited Bahrain and praised the country’s “commitment to continuing reform”.

However, Maryam al-Khawaja suggested that her release may have been a way for the government in Manama to “control the pressure” it was facing from the international community over human rights abuses.

She said: "We have generally seen how the government plays around with high-profile cases to try and control pressure they receive from the international community. It makes perfect sense to release Zainab just after they increased the sentence for Sheikh Salman.”

Only hours before the first signs that Khawaj would be released, the appeals court in Bahrain reportedly upheld a death sentence against three men charged with killing a police officer in 2014, despite concerns from Amnesty International they had not had a fair trial amid allegations of torture reported to the United Nations Rapporteur on Torture.

The campaign group Bahrain Institute for Rights and Democracy (BIRD) also said that it had documented the cases of 23 men who had been stripped of their citizenship in the last two days. Bahrain says the men have been convicted of "terrorism".

Sayed Ahmed Alwadei, director of advocacy for the BIRD, said: "Let's be clear that Bahrain is releasing Zainab Al-Khawaja as a PR stunt. She should never had been in prison to begin with, and in the last twenty-four hours, Bahrani courts increased an opposition leader's prison term from four to nine years, rendered more than twenty people stateless and upheld the death sentences of torture victims."

Earlier this month Khawaja wrote and smuggled an open letter out of prison detailing her plight, she wrote: "My cause is the cause of my people. If nothing changes for the people of Bahrain, then my staying in jail or release is not of great consequence.”