The controversy over Saudi Arabia’s removal from the UN’s child rights blacklist escalated on Thursday, with UN Secretary-General Ban Ki-moon slamming Riyadh for resorting to "undue pressure" to get the Saudi-led coalition removed from the damning list.

The UN had originally planned to shame the Saudi-led coalition, conducting a largely aerial bombing campaign in Yemen since March last year, by saying in its annual report that Riyadh and its largely Arab alliance were responsible for 60 percent of the 785 children killed in Yemen last year.

However, the UN then pulled the coalition from its list pending a joint review with the Saudi-led alliance, after Riyadh said it was “deeply disappointed" with the report and condemned its findings for being "wildly exaggerated".

The reversal prompted widespread condemnation from human rights groups, which accused the coalition of not doing enough to prevent civilian deaths. On Wednesday, 20 leading rights groups called on Ban to put the coalition back on the list, with Human Rights Watch saying the decision flew "in the face of overwhelming evidence".

"It is unacceptable for member-states to exert undue pressure," Ban told reporters at UN headquarters on Thursday.

"Scrutiny is a natural and necessary part of the United Nations."

Reports emerged earlier this week that the UN backed down after Saudi Arabia and its allies threatened to pull funding for UN programmes helping Palestinian refugees and other humanitarian causes.

The decision to temporarily remove the coalition from the list “was one of the most painful and difficult decisions I have had to make," Ban said.

I "had to consider the very real prospect that millions of other children would suffer grievously if, as was suggested to me, countries would de-fund many UN programmes," he added. The UN chief went on to appeal to member-states to defend the reporting mechanisms such as the children in armed conflict annual blacklist.

His comments seemingly confirm reports that countries had threatened to cut-off key funding if the report was not edited although Ban fell short of directly accusing Saudi Arabia of threatening to cut aid.

Saudi Ambassador Abdullah al-Mouallimi has denied that his government had put pressure on the United Nations to reverse its decision.

"We did not use threats or intimidation and we did not talk about funding," said Mouallimi.

The blacklist was established by a decision of the Security Council in 1999, but the council has been silent on the dispute over the coalition's listing. 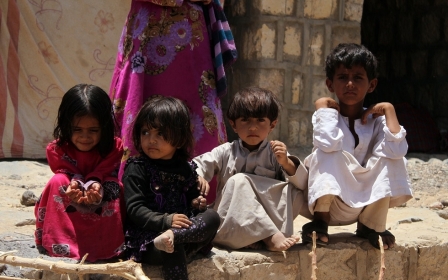