Maid dumped at Riyadh hospital with broken leg and bruises after being told to 'escape' by Bangladeshi embasy staff, says NGO 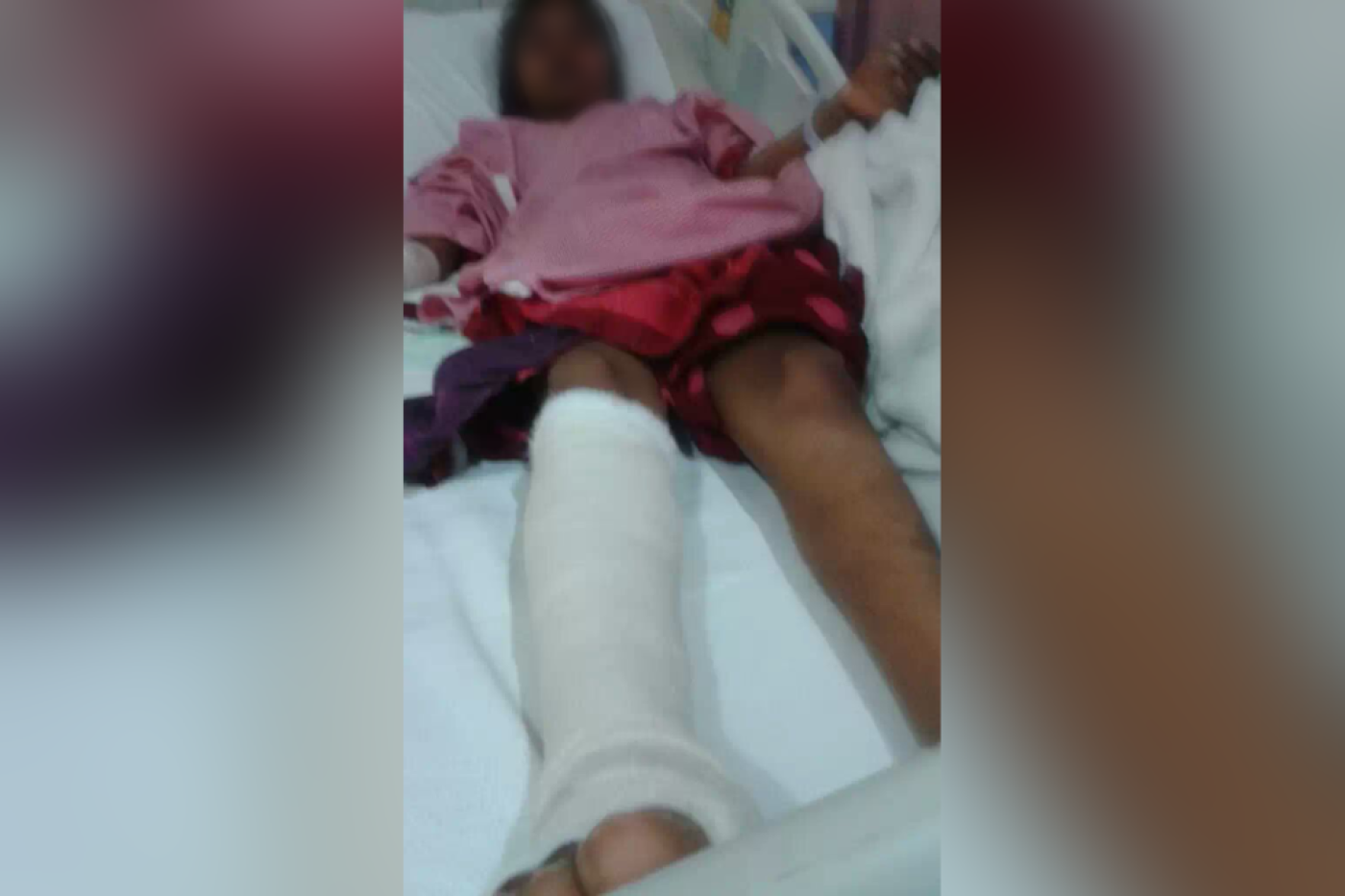 A Bangladeshi woman's family is pleading for her rescue from Saudi Arabia after her Saudi employers had subjected her to sexual abuse and broke her leg by throwing her down two flights of stairs.

Activists and relatives say the 19-year-old woman, who works as a housemaid in Riyadh, was pushed while trying to escape months of abuse at the hands of her employers.

They keep hitting me, and I'm ashamed to say it, but they tortured me in ways I am too disappointed to say

Her impassioned plea for help was recorded from her workplace days before her employer dumped her with a broken leg in a Riyadh hospital, and ran away.

According to NGO workers and the woman's family, the Bangladeshi embassy in the Saudi capital had previously refused to get her out of the country, instead telling her to "run away".

"They keep hitting me, and I'm ashamed to say it, but they tortured me in ways I am too disappointed to say," the 19-year-old maid said in the video. "I want my life to end. I can't take this anymore."

Images taken in secret at the hospital and obtained by Middle East Eye showed the teenager laying with a cast over her right leg.

The images also showed bruising on her left leg, which aid workers claim are marks from months of abuse at the hands of her employers.

The teenager had tried to escape, at the advice of the Bangladeshi embassy in Saudi Arabia, following repeated complaints of physical and sexual abuse, according to the maid's father, who recounted his daughter's ordeal to aid workers.

BRAC, the world's largest NGO which runs a migration programme helping Bangladeshi workers who face abuse overseas, said it was trying to aid the woman and was in close contact with her father

Shariful Hasan, the head of BRAC's programme, told MEE: "This young girl went to Saudi Arabia to change her fate to help her family, but instead she was sexually tortured and later beaten," Hasan told MEE.

"Saudi Arabia and our embassy must take joint steps to stop this from happening. There are many cases like this girl, and we are doing everything we can to prevent this from taking place.

"We have urged the Bangladeshi authorities to demand this girl is not sent back to her employer after seeing her face this level of abuse and torture."

Hasan also repeated claims that the Bangladeshi embassy in Riyadh had told the teenager to "run away" rather than "rescuing" the teenage maid.

"When we heard about this case, we notified the Ministry of Expatriates' Welfare and Overseas Employment in Dhaka. But rather than rescuing the girl, the embassy told her to run away," said Hasan.

"It was only after their advice, that she was caught, tortured and had her leg broken."

Saudi authorities, the Bangladeshi government and its embassy officials in Riyadh did not respond to requests for comment by Middle East Eye.

The woman's case is further complicated by the means of her arrival in Riyadh. Her father told local media that she had left Bangladesh in February on a fake passport, obtained from a Dhaka employment broker, and was underage.

Bangladesh law forbids anyone under 25 from working abroad. The maid's passport states she is 28.

"I was deceived by the middlemen as they assured me that she was going to be given a good job, but she is working as a housemaid and being abused," Anwara's father told Prothom Alo.

"I begged him to bring my daughter back. I may commit suicide if I do not get her back."

The father, who asked for anonymity, told local media that his family was struggling and needed an income from his daughter.

Remittances are the second largest contributor to the Bangladeshi economy. In 2018, at least 1,000 Bangladeshi maids have been repatriated back to Bangladesh from Saudi Arabia following complaints of abuse, according to BRAC.

The NGO recently helped more than 30 Bangladeshi maids return home after facing physical and sexual abuse at their places of work inside Saudi Arabia.