Battle for Makhmour: a frontline in Iraq’s latest war 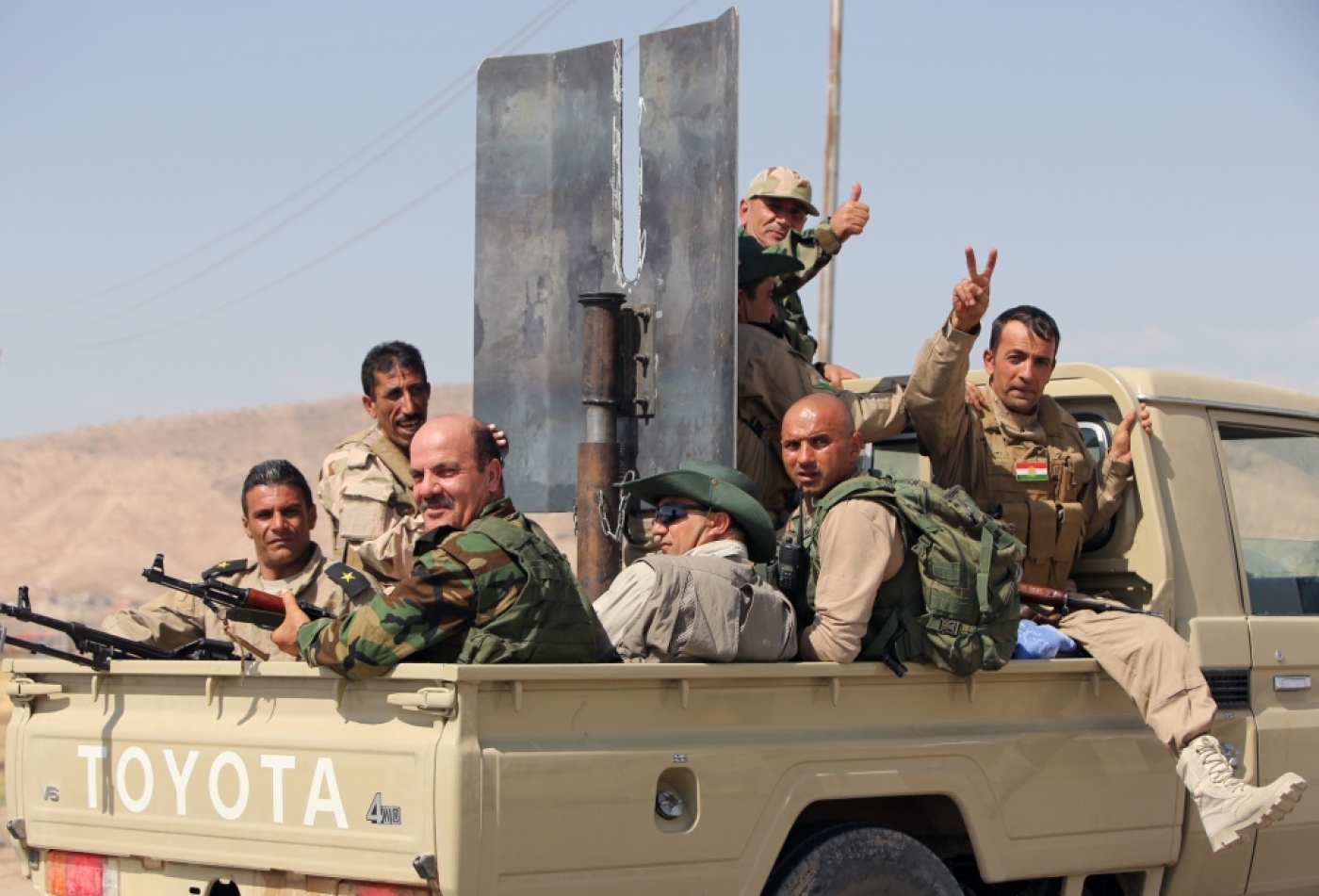 MAKHMOUR, Iraq: The streets of Makhmour are silent. Shops are closed and the only cars in sight are military tanks and pick-up trucks hauling tired and dirty young armed men in mismatched military attire from the frontline on the outskirts of the town.

The town of Makhmour - some 100 kilometers south of Mosul and 50 kilometers north of Kirkuk - was recaptured only days ago by Kurdish Peshmerga fighters. It is now one of the few places in the Nineveh plains that has successfully pushed back the Islamic State and is holding strong.

Makhmour, once a small, unremarkable town, has become a main front in the fight against IS, a militant group that has made spectacular gains across Iraq since June.

While Peshmerga fighters initially fared well against IS, and moved in to take control of some territory left open by the Iraqi Army’s retreat including Makhmour, IS launched a fresh northern offensive on 3 August and successfully pushed back the overstretched Peshmerga.

Makhmour, a Kurdish majority town with a Turkmen minority, fell to IS on Friday 8 August. Instead of facing the militants, who have been known to behead and execute people in towns they capture, the town’s residents decided to flee en mass, either into the mountains or to the nearby Kurdish Autonomous Region.

IS held the town for two days before Kurdish forces, backed by US airstrikes, managed to push them out and recapture Makhmour, allowing some residents to return.

“Many of the men have returned but it’s not like we can come back to normal life here,” Mahmoud Khader, a resident of Makhmour told Middle East Eye.

“Not when we know the Islamic State could fire on us at any time. How can we bring our families back when we feel like this?”

In the run up to the takeover, mortar shells from Islamic State-held positions pounded the town and residents say that they fear the shells will soon start falling again, even if Peshmerga forces manage to keep hold of the town this time around.

IS fighters are still some 3-5 kilometers from the town and the threat of shelling remains ever-present.

The returning residents are the clearest sign that things are far from normal. There are no women, children and elderly in the streets, just men of fighting age who are busy cleaning up the carnage.

Buildings and shops were burnt down, government buildings destroyed, windows shattered and businesses looted. Most streets remain abandoned, the contents of homes spilled onto them. Only one shop in the centre of town now serves the 15 percent of the community that have returned.

But the men of Makhmour have returned to do more than just sweep and they insist they have come home to fight and defend the town against another attack.

An entire volunteer force has sprouted out of the chaos, with regular people now taking up arms to help the Peshmerga keep the Islamic State at bay.

The volunteer’s makeshift headquarters is located in an abandoned government building in the centre of town. It’s full of men most of whom say they have some experience with weaponry. All are armed and ready - and some itching - to take on the Islamic State in anyway they can.

Hadi Ibrahim, who used to be a furniture worker, now wears a bulletproof vest over his clothing and carries an archaic gun, which he says he will readily use if IS advance again.

“I am not scared of IS, they are just people like us but they are cowards. They have no respect for anyone, they don’t respect people, or children, or human life. They will kill anyone,” said Ibrahim.

“So I am here to protect my people and the children and anyone who needs to be protected from these cowards. I am a fighter for my country.”

With a volunteer force in place, and willing to fight alongside the Peshmerga, the anti-IS forces on the Kurdish side of the Makhmour frontline have seen their numbers swell as hopes begin to rise that US airstrikes have helped turn the tide of the conflict.

It's not a lack of recruits, however, that the Peshmerga insist has held them back. Instead, they blame their shortfall of weapons for recent IS gains.

The Americans, British and French have all now begun arming the Iraqi Kurdish fighters but weapons have are only gradually starting to arrive and for now the majority pf Peshmerga guns are proving no match for IS’s more advanced weapons.

“We aren’t looking for troops on the ground, we don’t want American troops, but we do need weapons and technology,” Najat Ali, the Peshmerga General in charge of Makhmour said. “We need things to help us fight this enemy.”

A cursory glance around the Peshmerga headquarters illustrates the problem. Many of the armoured vehicles have cracks in windscreens where they have been hit by IS.

Some vehicles have holes where bullets have pierced through, possibly after a second or third attempt. One large armoured truck didn’t even make it back to the complex. It sat on a road near the entrance to Makhmour, as repair crews tried to patch it up as quickly as possible for another deployment.

Time is of the essence, and the Peshmerga feel they need every possible piece of kit soon to give them the best possible chance to outmaneuver IS’s sophisticated largely US-made weaponry, seized from Iraqi forces in the Nineveh plains in June.

The weapons fell into IS hands when the US-trained Iraqi forces abandoned their posts rather than face the militants. They left their weapons as they fled and IS all too happily picked them up.

Their arsenal has improved, and further expanded as IS’s reported oil profits have reportedly average around $3 mn a day.

US airstrikes, authorised by President Obama on 7 August, have been instrumental in helping to push Makhmour back into Kurdish hands. The residents, who have returned to the town were overwhelming in their support of the airstrikes, though they had no doubts that the United States had their own ulterior motives in mind.

Several other returning residents of Makhmour told MEE they had similar sentiments. The United States may have their own interests, but the Peshmerga need their help. With US help, Makhmour is now back under Peshmerga control, and looks likely to stay that way at least in the short term. But, just as Iraq’s mountains loom over Makhmour, so too does the treat of a resurgent IS, who locals fear could return to change life in this sleepy town.