Battle for Raqqa: IS fighters launch counter-attacks near Tabqa Dam 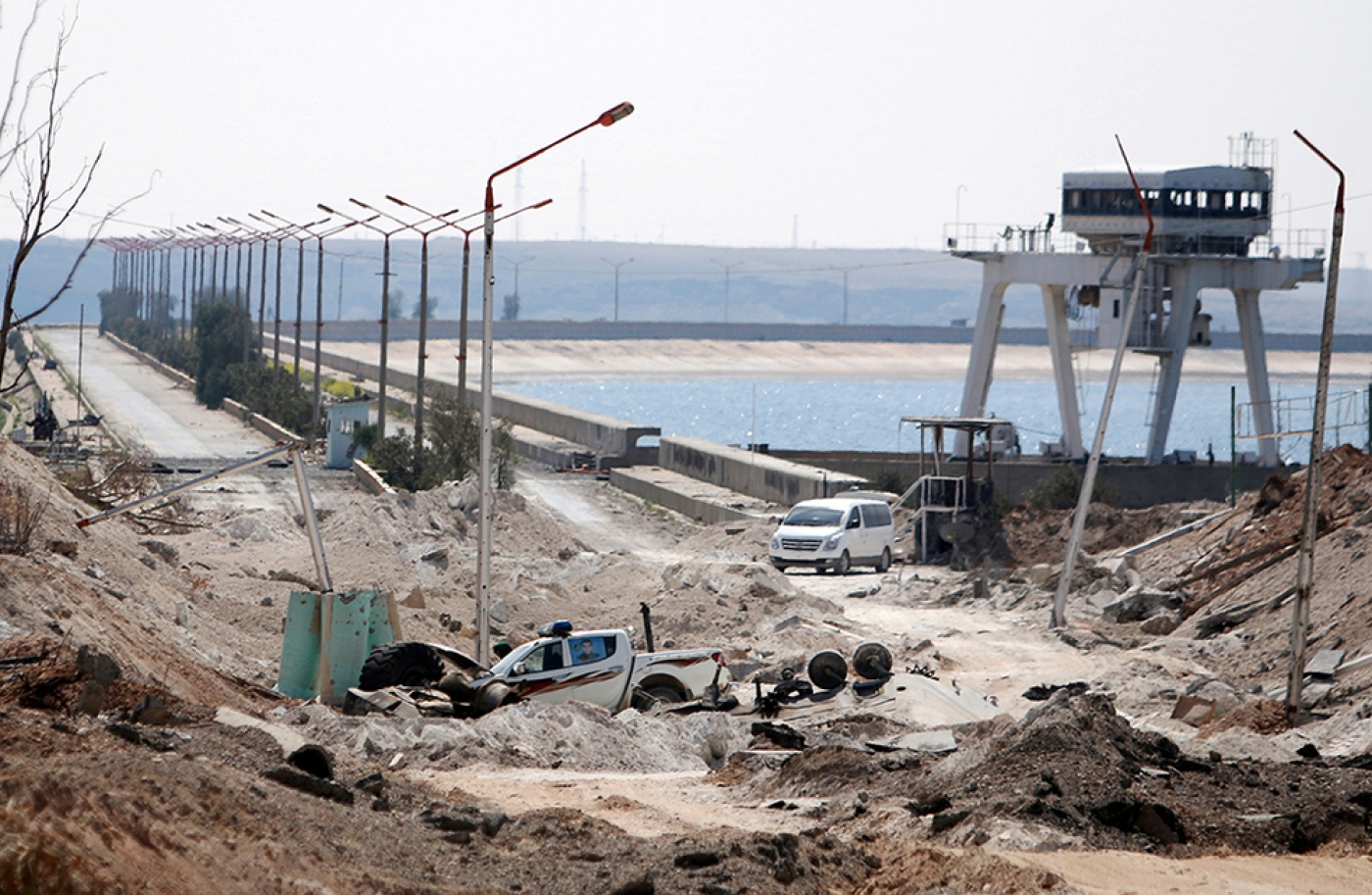 US-backed Syrian forces repelled a major counter-attack by Islamic State (IS) militants holding out at the country's largest dam and in the nearby town of Tabqa, the group and activists said on Sunday.

The dam is a key strategic target in the military campaign to isolate and capture the Syrian city of Raqqa, 40 kms to the east and IS's biggest urban stronghold.

A spokesperson for the Syrian Democratic Forces (SDF) said militants attacked their positions northeast of Tabqa and at an airbase to the south of the town where dozens of their fighters were killed; but the coalition of Kurdish and Arab militias was making slower advances in a village east of the town.

"Our forces are advancing ... [IS] are facing large difficulties and so they are starting counter-attacks," said the official, whose forces have US special units with them.

The SDF began an assault to capture the dam and the nearby town almost two weeks ago after the coalition landed some of its fighters on the southern side of the Euphrates near Tabqa, leading to the capture of an air base.

The SDF has been waging a multi-phased offensive since November to isolate Raqqa, with backing from the US-led coalition taking territory to the north and east of the province.

Hundreds of families with their cattle, property, motor bikes and vans continued on Sunday to flee from villages under IS control.

The US-backed forces say at least 7,000 people have taken shelter in their areas since the start of the campaign to capture Tabqa. 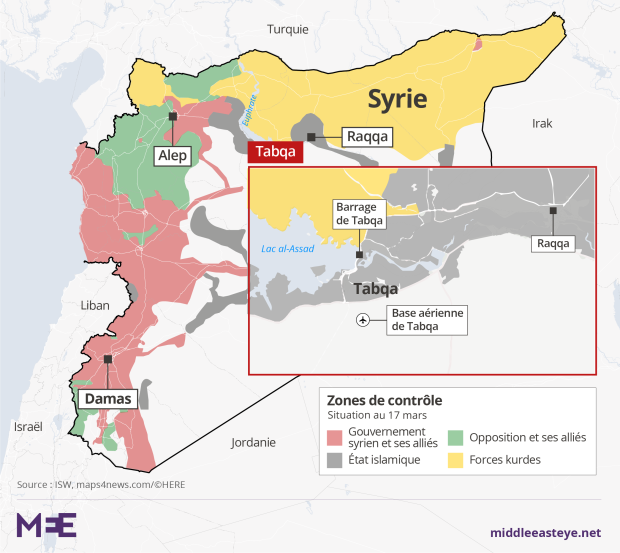 Many are also fleeing air strikes on civilian areas in Raqqa province that have left dozens dead, according to activists and the UK-based Syrian Observatory for Human Rights.

Last month, strikes believed to be conducted by the US-led coalition hit a bakery and a local market in Tabqa town, with dozens of civilians killed. Another raid that hit a school sheltering displaced people near Raqqa also killed scores.

IS and the Syrian government have both said the hydroelectric dam at Tabqa is vulnerable to collapse after strikes by the coalition.

Syrian officials say that would lead to catastrophic flooding in the cities and towns in the Euphrates valley downstream.

The SDF and the coalition have denied the dam is in danger.

Residents, however, say an SDF attempt last week to relieve the dam's water levels by opening a canal from the Balikh River that flows into the Euphrates had flooded cultivated agricultural land in several villages. Syria War
Battle for Raqqa: Dam out of action as alliance readies attack on IS city