'To beg or to steal?' Starving Yemenis turn to crime to feed families 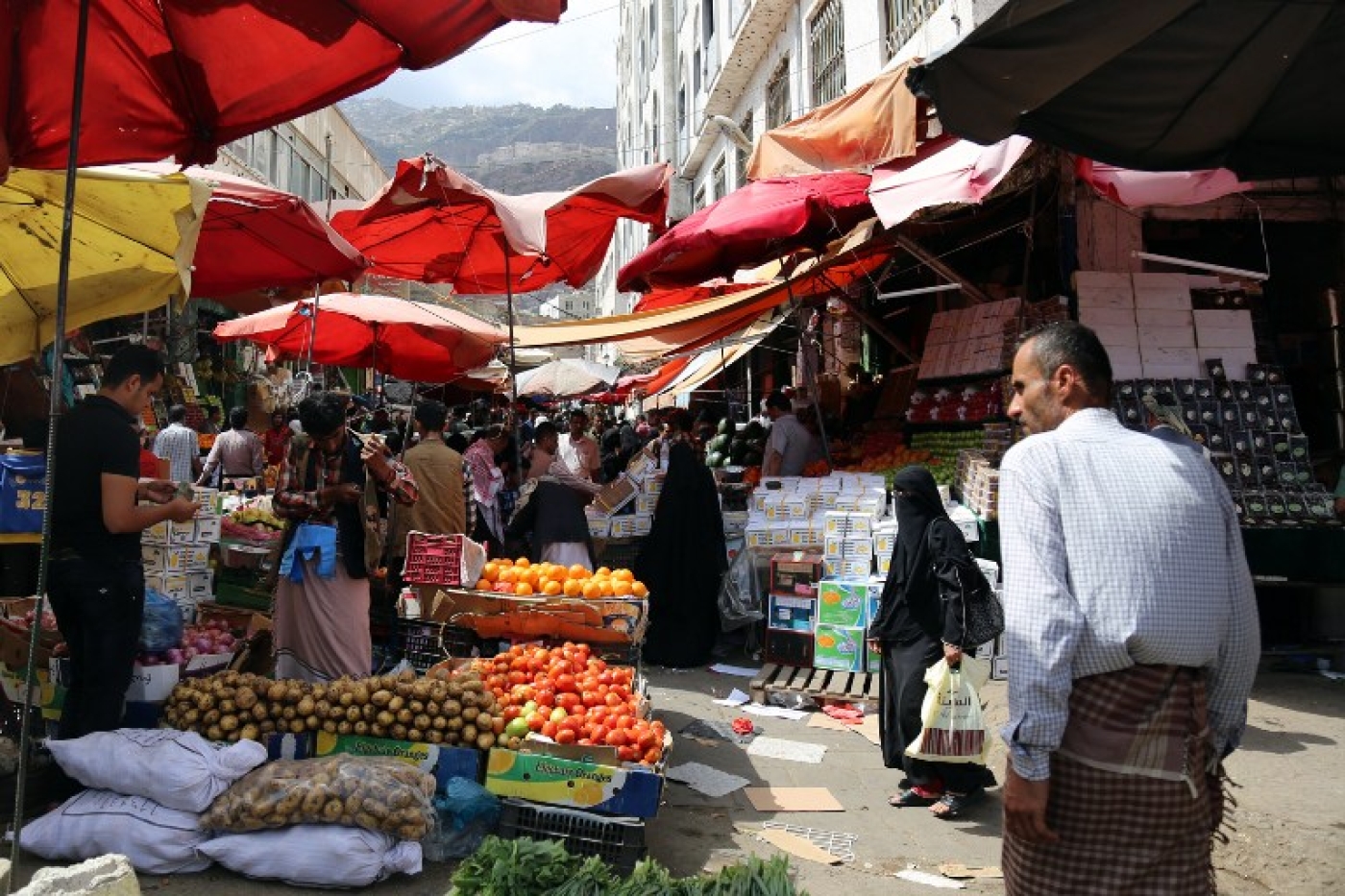 A market in Taiz. Few shopkeepers can afford to offer credit to customers because of uncertainty caused by the war (AFP)
By
Nasser al-Sakkaf

TAIZ, Yemen – Languishing in the overcrowded cell that he shares with 11 other prisoners, 'Mohammed' said that the worst thing about being locked up was not knowing whether his wife and four children were starving.

“I lost my job at the beginning of the war,” said the 35-year-old construction worker, who has been held in the prison at Taiz’s al-Turbah police station since late August, referring to the more than 18-month conflict between Houthi rebels and pro-government forces loyal to Yemen's exiled President Abd-Rabbu Mansour Hadi.

Unable to afford the family’s monthly rent of 15,000 rials ($60) and threatened with eviction by their landlord, Mohammed, not his real name, described to Middle East Eye how weeks before his arrest he had been faced with a dismal choice.

"I’d sold most of the equipment and furniture in my house, including the bottle of propane [a gas cannister used for cooking] and the beds. My children were starving to death so I had only two choices: either to beg or to steal. I preferred to steal to keep my dignity."

He proceeded to sell the cards to other shops in the same area and used the money to pay his landlord and feed his family.

By the time he was caught by the police he was penniless again – and unable to pay the shopkeeper back.

'My children were starving to death so I had only two choices: either to beg or to steal. I preferred to steal to keep my dignity'
'Mohammed', Prisoner

Now the only hope for Mohammed and prisoners like him is that either their victims will grant them forgiveness or others will come forward to pay their debts.

Faisal Mahyoub, an officer in al-Turbah police station said there were currently about 20 prisoners being held who had admitted stealing from homes and shops to buy food for their families.

Many other prisons in Taiz province were filled with inmates driven to crime in similar circumstances, he added.

Similar cases have also been reported in several other provinces controlled by both pro-government forces and the Houthis.

Last month, Yemeni media reported on the case of a man who stormed a shop in Sanaa, the Houth-held capital, and threatened the shopkeeper with his jambiya, a traditional Yemeni curved dagger, before making his escape with a bag of flour.

Al-Turbah prison is under the control of the popular resistance, which is loyal to the government and has been battling the Houthi forces for control of the southern city.

"I visited the houses of some prisoners, and their families barely had anything. They were all desperate for food. But we cannot free them, as they have to pay back the debt to the victims," Mahyoub told MEE.

“Some charitable people have cleared the debts of some prisoners, and they have already left, but those still here must wait for forgiveness or for someone else to pay their dues.”

Mohammed said that the prisoners were well fed with bread and rice, despite the poor conditions.

"I get proper food, but I have not got used to living in a room with 11 others. Life in prison is so difficult, and the toughest thing is that I do not know if my children have enough food to eat.”

Yemen is facing a humanitarian catastrophe as a consequence of the war with more than half of the country’s population in dire need of aid and more than one million children at risk of dying from starvation, according to United Nations figures.

One factor that has further contributed to the plight of many poor Yemenis has been the collapse of the country's welfare system.

Yemen’s ministry of social affairs used to provide a monthly allowance of about 2,500 rials ($10) per person to 1.5 million of the country’s poorest families, including widows, orphaned children, people with disabilities and the elderly.

But those payments stopped at the beginning of 2016 with a source in the ministry in Sanaa telling MEE that international donations which had supported the fund had dried up.

Aidah al-Sharjabi, a professor of sociology in Taiz University, said that the lack of a functioning government able to support those in dire need was partially to blame for the plight of prisoners like Mohammed and urged others with the resources to help them to do so.

“The war has left most people struggling to get food, so society has to show mercy and help those who are poor. The preachers in the mosques should encourage people to help their neighbours,” Sharjabi told MEE.

“However, the thieves have to be punished in order to stop the spread of robbery.”

'I cannot forgive him'

For now, Mohammed’s fate rests in the hands of Abdulbari al-Masah, the 46-year-old shopkeeper from whom he stole the mobile phone cards.

'Even if I was a rich man, I would not forgive him, as that would only encourage other poor people to be thieves'
Abdulbari al-Masah, Shopkeeper

Masah told MEE that he knew Mohammed well and that he even used to grant him credit; something that few shopkeepers can now afford to offer to customers because the uncertainties of war mean there is no guarantee that the money will ever be paid back.

But he said he needed the money because it amounted to more than he could earn in an entire month.

“I have a family, just as Mohammed does, and I also have to eke out a livelihood, so I cannot forgive him,” he said.

“Even if I was a rich man, I would not forgive him, as that would only encourage other poor people to be thieves, and this will not solve the problem of poverty.”

He added: “The resistance has to punish thieves and force them to pay fines, otherwise every day there will be new criminals. Prison is the best place of thieves.”

Mohammed said that he and his family had once been able to depend on getting at least $40 a month from the government but were now so destitute that he could not imagine any of his relatives ever being able to pay Masah back.

Even if he does get out of prison, he said he and his family had nothing left and would be force to join the millions displaced from their homes by Yemen's war.

"I am longing for my children," he said, despairingly. "I appeal to charitable people to pay my debt, and then we will leave our house and head to the nearest camp." 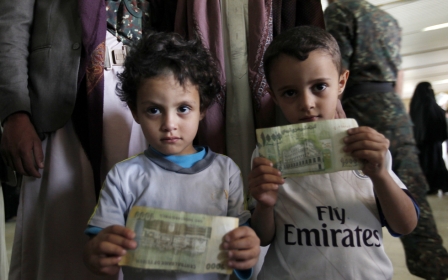