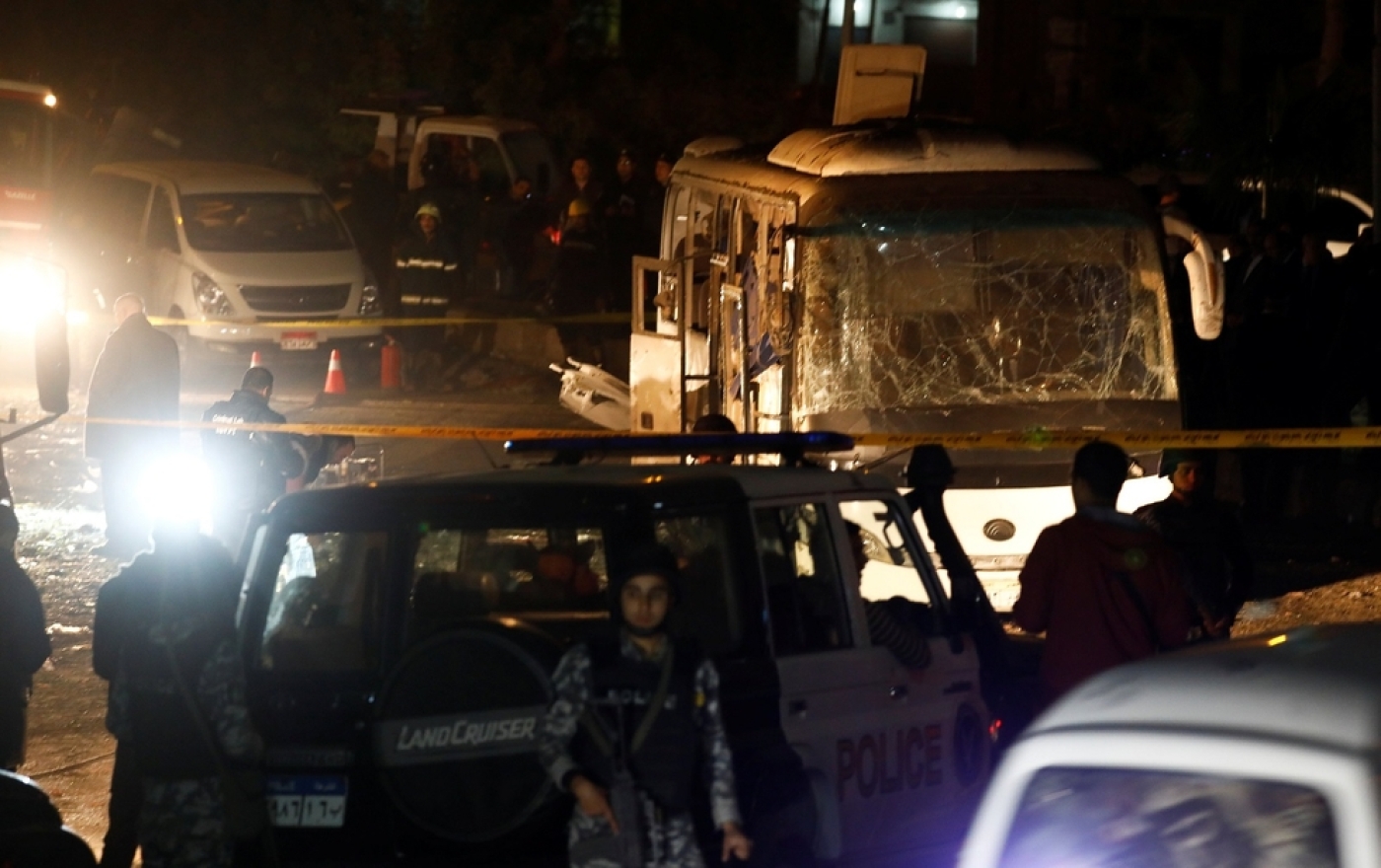 An explosion struck a bus carrying Vietnamese tourists in Giza, the site of the Egyptian pyramids, killing at least four people and injuring almost a dozen others, Egyptian officials said.

The blast took place in Giza around 6:15pm local time on Friday, Egypt's interior ministry said in a statement.

The ministry confirmed that two Vietnamese tourists were killed when a roadside bomb went off, while the state prosecutor's office said a third tourist died later.

An Egyptian tour guide also died in hospital from his wounds, Prime Minister Mostafa Madbouli said in a government statement, as reported by AFP news agency.

At least 10 other Vietnamese tourists, as well as an Egyptian bus driver, were also hurt in the blast, the interior ministry said.

We have been in contact with the embassy of Vietnam to contain the impact of the incident, and what is important now is to take care of the injured

Fourteen Vietnamese tourists were travelling on the bus at the time of the explosion, it said.

The improvised explosive device was placed near a wall along Mariyutiya Street in the Haram district near the Giza pyramids, the interior ministry's statement said.

Egyptian security forces have completed an inspection of the blast site, the ministry said, without going into further detail about what happened.

No group took immediate responsibility for the incident.

The white tourist bus could be seen with its windows shattered and surrounded by soot-covered debris, AFP reported.

One of the tourists on the bus, Lan Le, 41, was unhurt in the blast.

"We were going to the sound and light show and then suddenly we heard a bomb. It was terrible, people screaming," she told Reuters, speaking at al-Haram hospital, where the injured were taken. "I don't remember anything after."

Madbouli was set to visit the injured tourists in hospital after following up with his ministers on the incident, a government statement said, as reported by AFP.

"We have been in contact with the embassy of Vietnam to contain the impact of the incident, and what is important now is to take care of the injured," he said.

Egypt has faced a string of bombings in the past few years, with several targeting Egyptian security forces in the country's Sinai peninsula.

"We extend our condolences to the families of the victims in fraternal Vietnam and Egypt... We will proceed together towards another year of persistence in uprooting terrorism," Hafez wrote on Twitter.