Royal Navy ships poised to lead show of force with US and French ships, amid string of entanglements with Iranian vessels in strategic waterway 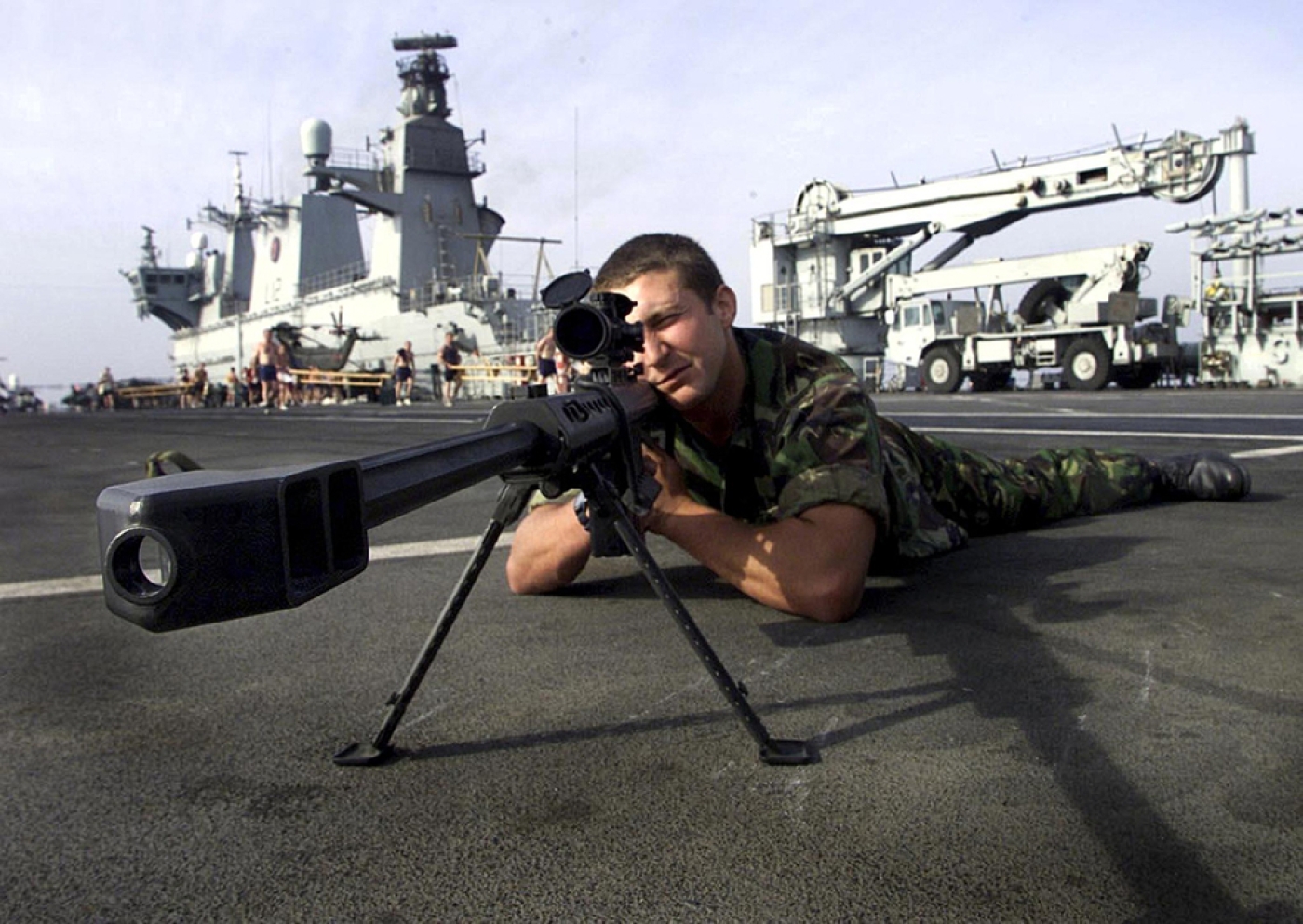 A Royal Navy-led strike group of American, British and French warships is preparing for "war games" in the Gulf, including a simulated confrontation with Iran, amid ongoing disputes with Tehran's naval forces and bellicose rhetoric against the country by the new Trump administration.

Exercise Unified Trident, due to begin next week, has been planned for some time but is the first major deployment of British and American warships in the area since Donald Trump entered the White House.

US Navy warships from the strike group have been involved in a string of confrontations with Iranian forces in recent months, including an incident earlier this month when destroyer USS Mahan fired warning shots at four fast-attack Iranian patrol boats.

The show of force next week will see Royal Navy flagship HMS Ocean and Type 45 destroyer HMS Daring deploy to the Gulf in a show of "deterrence and reassurance" alongside American warships USS Hopper and USS Mahan and French anti-aircraft frigate FS Forbin.

Former head of the Royal Navy, Admiral Lord West, told Middle East Eye that the timing of the drills was "worrying" and that military commanders would be "acutely aware of rising tensions" in the region in the wake of comments by Trump.

The admiral, whose ship HMS Ardent was lost in the 1982 Falklands conflict, said: "There is no doubt that tensions are rising and that loose talk by President Trump is escalating the situation.

"I personally think the Iranian nuclear deal was a good deal that stopped Iran developing nuclear weapons. Trump disagrees though, and his views on Iran are far more strident."

HMS Ocean, the Royal Navy helicopter carrier and assault ship leading the exercise, is the current flagship of Combined Task Force 50. This strike group is usually led by a US aircraft carrier and has carried out operations against the Islamic State as well as acting as a deterrent against Iranian aggression in Straits of Hormuz.

The new US president has made no secret of his desire to take a hard line with Iran and to "dismantle" former President Obama’s landmark nuclear agreement with the country. Earlier this week he pledged close co-operation with Israel in "addressing the threats posed by Iran".

His newly appointed defence secretary, James Mattis, is also a fierce critic of Iran. Mattis has called for stronger responses to Iranian harassment of US vessels and aircraft and called the country "the single most enduring threat to stability and peace in the Middle East".

Security experts fear the Unified Trident drills could see a repeat of tensions last summer when Iranian naval boats made a series of dangerous manoeuvres around US warships in the Persian Gulf.

US sailors fired warning shots during one episode, underscoring the risk of an armed clash between Iran and the US Navy in the hotly contested area.

Peter Roberts, director of military sciences at defence think-tank the Royal United Services Institute, told MEE: "It looks like the policy of the new administration towards Iran will be hardline, and as such Iran may feel that it has little to lose, and therefore could try something."

Roberts said potential attacks could range from a "USS Mahan type incident" to a "more significant attack on an allied warship".

He added: "This could meet the desires of Iran to be seen to be powerful within the region, but also to test the US alliance commitment. Even in such circumstances, Trump’s response would not be predictable – anything from ignoring it, to massive retaliation."

"Rational (in a Western sense) leaders would try and avoid this until they had a feel for what such a response might be. But can we view the revolutionary leadership of Iran as rational or logical from our perspective?"

Few details about the exercise have been released and US Naval Forces Central Command in Bahrain did not respond to requests for comment from MEE.

Tensions are thought to be high though, and earlier this month Rear Admiral Alex Burton, commander of UK Maritime Forces, revealed that HMS Daring has already spent 100 hours at "action stations" and 39 days at heightened state of readiness since it deployed to the region in October.

Roberts added: "It would be surprising if the allied naval readiness was not increased during the exercise, but similarly a cancellation would signal Iran had the upper hand in setting the allied agenda in the region and is also unlikely.

"The US will be watching extremely closely, and have - like all states - prearranged ways to bypass British commanders if they prove to be too slow or insufficiently robust."

During the exercise HMS Daring and HMS Ocean are likely to join with US and French warships to simulate destroying Iranian combat jets, ships and coastal missile batteries.

In the event of war, the main threat to the US-led coalition in the Gulf will come from the Islamic Revolutionary Guards Corps navy. This force would be expected to use an "access-denial" strategy by attacking American and British warships, targeting merchant shipping and mining vital maritime chokepoints in the Gulf.

Defence experts say that although Iran’s capability is limited and it is outclassed by American and British forces, it could still deliver a series of lethal blows using a combination of mini-submarines, fast attack boats, mines and shore-based anti-ship missile batteries.

The Gulf is among the world’s busiest waterways. Last week the waters were crowded further still as three Chinese warships including a guided-missile destroyer, embarked on a tour of the region.

It is the first such tour in six years and comes as Beijing signalled a desire to play a bigger role on the global stage. Defence sources said it would likely that the Chinese vessels would "keep an eye" on the Royal Navy-led exercises.

Roberts added: "Trump is not going to be predictable in his responses – no one knows what would trigger a big reaction, or none at all. Given that, and the stakes that the president of the United States is prepared to play for, I suspect both China and Russia will calm their military challenges somewhat. Iran, on the other hand, is more difficult to forecast."

A Royal Navy spokesman said: "HMS Ocean and a Type 45 Destroyer will be the RN participants in Exercise Unified Trident. This is a routine exercise that has been planned for a considerable time. We don’t comment on force protection measures." Inside Iran
US navy fires warning shots at Iranian vessels