British video on violence against women stirs controversy in Palestine

Consulate-general's message undermined by 'white saviour' narrative and absence of any mention of the Israeli occupation, critics say 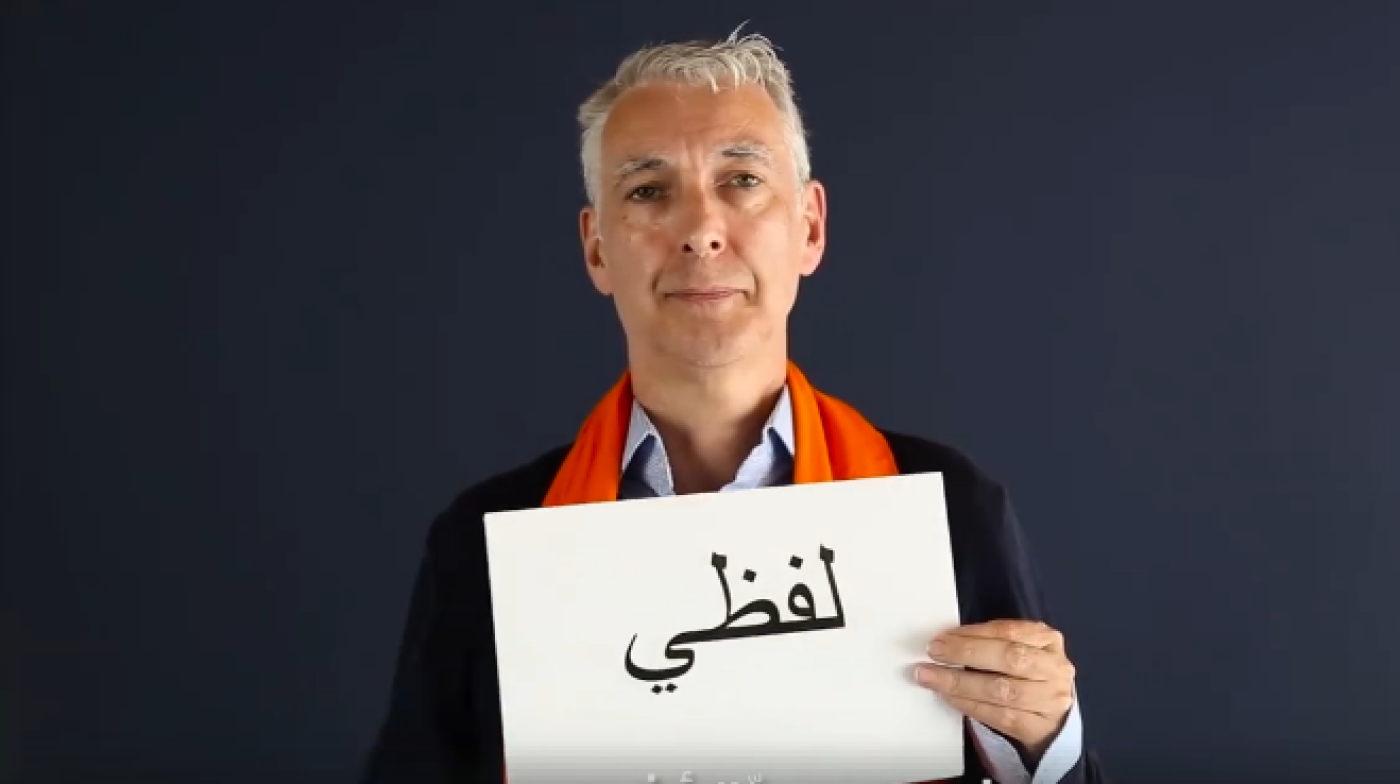 The British video has been criticised for having a “white savior” narrative. (Screenshot)
By
MEE staff

A video released on the social media pages of the British consulate-general in Israeli-occupied East Jerusalem commenting on gender-based violence in Palestine has sparked a community debate online.

The controversy about the video is not so much the content, but more about who was saying it and the manner in which they said it.

In the video, published on 26 November, several white men, who appear to be working at the consulate-general, speak on camera in Arabic about violence against women in Palestine.

The post is part of a 16-day annual global campaign that started on 25 November calling for an end to violence against women and girls.

Many organisations and institutions in Palestine are taking part under the auspices of the Palestinian Authority’s Ministry of Women’s Affairs.

While some saw the video as useful, others, particularly Palestinian women, found it offensive and said the post had a “white saviour” narrative.

On Facebook, user Rawan Abughosh commented beneath the video on the British consulate-general’s page, saying: “Excuse the white people who made this video. The question is who exported violence to our communities? Who colonised and destroyed and is still draining our rights?

“We are not against raising awareness amongst women and children of their rights but it would be nice if these messages didn’t come from the source of violence,” she added.

Middle East Eye has reached out to the British consulate-general but not received a response by time of publication.

Many Palestinians express animosity towards the United Kingdom over its presence in historic Palestine as an occupying force from 1917 until 1948 and the Balfour Declaration, when the British foreign secretary called for the establishment of a a “national home for the Jewish people”.

Under British rule Zionism was promoted and hundreds of thousands of Jews migrated to Palestine, leading to the creation of the Israeli state in 1948.

Amany Khalifa, a Jerusalem-based activist, shared the video, saying: “The white colonial man wants to ‘free’ me from violence, that which he practices against me on a systematic and daily basis.

Maybe Palestinians should publish a video to tackle the problem in the British society, and help empower abused British women!

“In Palestine, 37 percent of married women have been exposed to at least one form of violence from their husbands,” one of the white men in the video said in Arabic.

“Violence against women is a sign of weakness and lack of confidence, and it can lead to the collapse of families and the destruction of society,” another man said.

“Domestic violence should be criminalised all over the world, and specifically in Palestine,” he added.

Some users commenting on the video pointed to gender-based violence statistics in Britain. “Over 400,000 women are sexually assaulted in England and Wales every year,” wrote Zaid Shuaibi.

“…Maybe Palestinians should publish a video to tackle the problem in the British society, and help empower abused British women!” said Mai Khatib.

At the end of the video, which has been viewed more than 15,000 times, British Consul-General Philip Hall calls on the Palestinian Authority to pass family protection laws.

The video also fails to mention Israel’s 51-year-old occupation of East Jerusalem, the West Bank and the Gaza Strip, despite proven links between domestic abuse and the violence faced by the population, particularly males, which then reflects on women in the private sphere.

In addition, it does not speak about the abuse faced by Palestinian women directly from Israel’s occupation, soldiers and settlers, whether in the form of nightly raids, home demolitions, harassment at checkpoints or settler violence.

Instead of talking about something that does not concern you, talk about the violence of the occupation and the psychological abuse that women and children face because of it

"Violence against women occurs both in private and public spheres, women suffering multiple sources of discrimination and violence: they suffer the violence of the Israeli occupation, whether directly or indirectly but they also suffer from a system of violence emanating from the tradition and culture, with embedded patriarchal social norms and multiple outdated legal frameworks,” the United Nations said in a human rights report on violence against women in Palestine and Israel.

“This complicated de jure and de facto situation in Israel and the … State of Palestine provides the backdrop for assessing the different forms of violence against women, its causes and consequences in public and private life,” the report added.

Rajab Rajab, another Facebook user, said of the video: “Instead of talking about something that does not concern you, talk about the violence of the occupation and the psychological abuse that women and children face because of it.”