Israel receives its first F-35 stealth fighters on Monday, but some say they may not live up to expectations 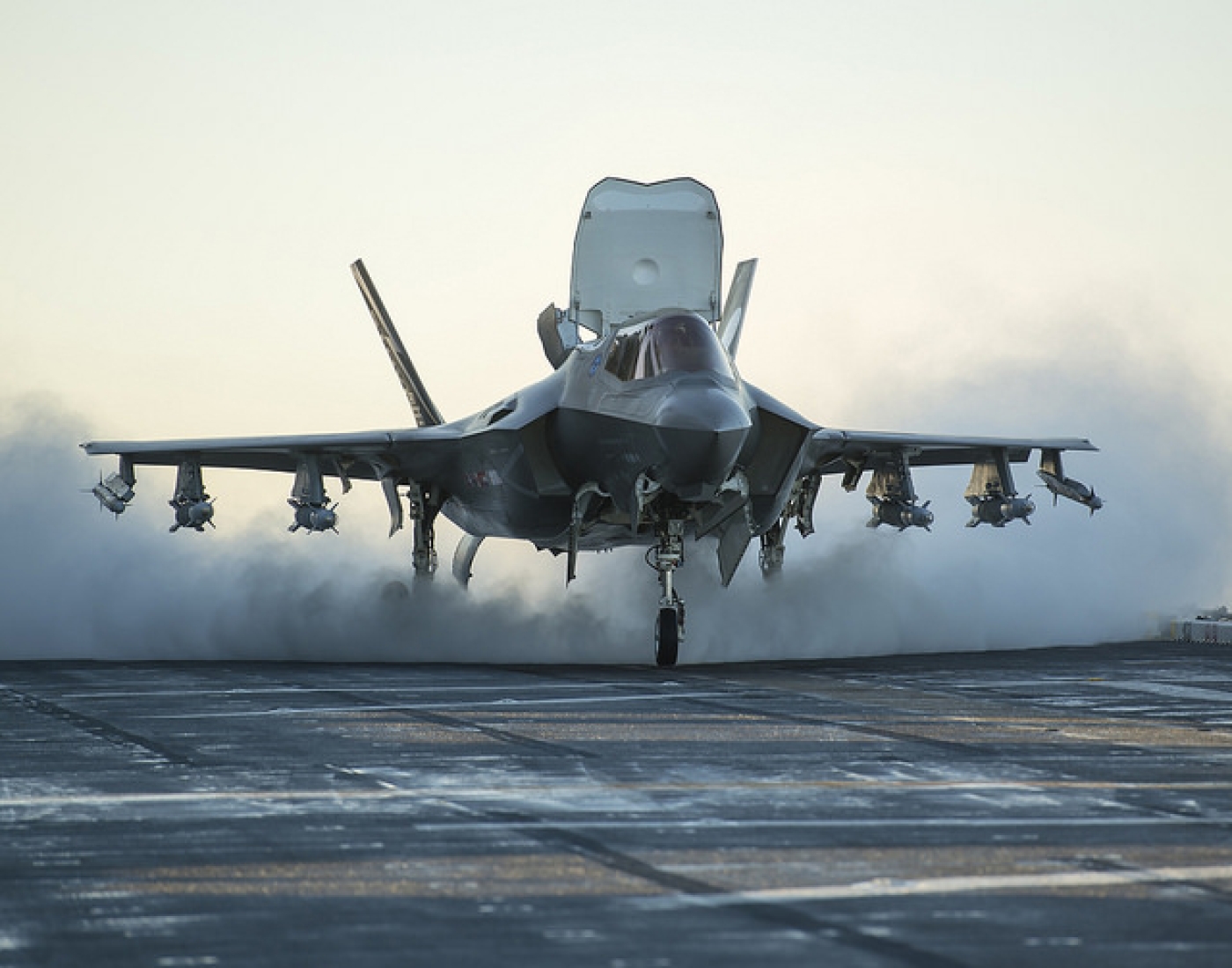 NEW YORK, United States – When Israel receives two US-made F-35 stealth fighters at Nevatim Air Force Base on Monday, the neighbours will doubtless be watching. Iran, in particular, will be wary of the radar-evading jets tipping the military balance in Israel's favour.

Experts told Middle East Eye that Israel’s new acquisition is most directly geared towards the Islamic Republic. With them, the Israel Air Force (IAF) will be able to dodge radar and surface-to-air missiles when flying deep into its territory.

Once there, the fighters will be able to strike targets and potentially deploy cyber-weapons. They will help Israel maintain its military edge over rivals, but have limited range, speed and can do little against Iran’s underground nuclear facilities.

Analysts are divided over whether the F-35 will improve Israel’s might, or whether it is buying a costly and overly-complicated kit, and continuing a pattern of US foreign aid money boosting its own bloated arms industry.

Israel sold on the 'Mighty One'

IAF Chief of Staff Brigadier General Tal Kelman praises their "lethality and the amazing man-machine interface". US Defense Secretary Ash Carter and his Israeli counterpart, Avigdor Lieberman, plan to explain further about the jets capabilities at the arrival ceremony on Monday.

In Israel, the jets are called the Adir, meaning the "Mighty One" in Hebrew. They are adept at evading Russian-built S-300 surface-to-air missile systems, which Iran has installed at some nuclear facilities and Moscow has deployed in Syria.

According to Justin Bronk, a researcher at the Royal United Services Institute, a UK-based military think-tank, flying stealthy F-35s into heavily defended Iranian airspace is less risky than using F-16s or other IAF fighters.

"With the F-35 you vastly reduce losses because it is able to get that much closer to threat systems, particularly surface-to-air missile search radars, than a conventional plane before being detected, and, I think, close enough to attack those systems," Bronk told MEE.

Stealth capacity is a trade-off that incurs limits on speed, range and weapons payload. Long-distance missions to Iran would involve aerial refuelling and bulky under-wing fuel tanks that are visible to radar, Bronk said.

"It's not a perfect aircraft for operations against Iran by any means, but it's certainly better suited to penetrating modern air defences than anything else the Israeli air force operates at the moment," said Bronk.

The F-35 has other talents, chiefly its ability to scan territory and relay data to the fleet. The supersonic jets are loaded with gadgets, making them apt at delivering cyber-weapons – an "Israeli specialty," he added.

Israel has ordered 50 jets at an eye-watering price of about $100m each.

According to Stephen Biddle, a defence analyst who advised US operations in Iraq and Afghanistan, acquiring stealth was a no-brainer.

"The trend in great-power air forces has been large, powerful air defence systems driven by long-range powerful radars and stealth," Biddle told MEE. "Everybody in the region is probably going to acquire some degree of stealth in their air forces."

For Amir Tibon, an Israeli journalist, defence chiefs are not only thinking about Tehran, but threats 15 years down the road.

"In these discussions, the military almost always gets its way," Tibon told MEE. "Nobody wants to be the politician who stopped the government from buying the game-changing plane that would give us victory, because of budgetary issues."

Not everyone is convinced by the F-35. Yuval Steinitz and Naftali Bennett, two prominent Israeli ministers, have raised concerns about their effectiveness, recoiled at the price and suggested buying fewer jets.

Dan Grazier, from the Project on Government Oversight, a watchdog, said Lockheed Martin packed too much on board. F-35s are noisy, not always invisible to radar and will not "live up to expectations," he said.

"Like the Swiss army knife, it does a lot of things, but it doesn't do any of them very well," Grazier told MEE.

He outlined cheaper, better alternatives. Sensor arrays can be fitted to drones, he said. "And why send a $100m aircraft into heavily defended airspace when a $100,000 cruise missile will do the job?" he added.

'Like the Swiss army knife, it does a lot of things, but it doesn't do any of them very well'

"You need equipment that gets the job done. Some of these bells and whistles look great on paper, but they can slow you down and distract you from what you're trying to accomplish in a very chaotic situation," Grazier said.

Experts questioned the benefits of stealth technology against the perceived threat from Iran, notably its alleged nuclear weapons scheme that has been rolled back under the 2015 deal with the US and other world powers.

"Nothing you load on an F-35 would be particularly effective against some of Iran’s deep nuclear facilities," Gerald Feierstein, former US ambassador to Yemen, told MEE. "You would need a B-52 or B-1 [bomber] to do any damage."

Questions at the start of the Trump Era

Israel receives its first F-35s from its powerful American ally as president-elect Donald Trump prepares to take over next month from President Barack Obama, who has been more willing to censor Israel than many of his predecessors.

Trump is a wildcard, but Israelis likely feel the incoming administration will be more "sympathetic" than Obama's, Feierstein said. Israel already signed its latest 10-year security aid deal, worth $3.8bn per year, with the US in September.

Against this backdrop, Michael Harwood, a former British Royal Air Force pilot, presented Israeli defence chiefs as mulling the worst-case scenarios of their own "nightmares" and the plans their "enemies dream about".

"The F-35 is just one of many components in Israel’s deterrence arsenal, ensuring it stays relevant," Harwood told MEE.

"Israeli F-15 and F-16 pilots are confident in what they can do now, but will be glad that their successors will remain just as capable. Israeli army generals are not reclining in their armchairs, delighted by F-35 game-changers. They trust nothing, verify and stay vigilant." 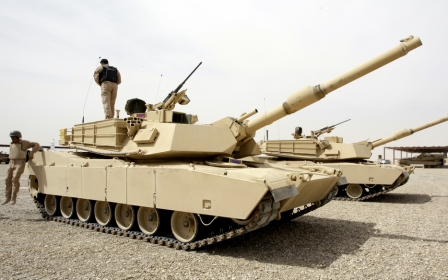