No group has claimed responsibility for the bomb attack in Cairo 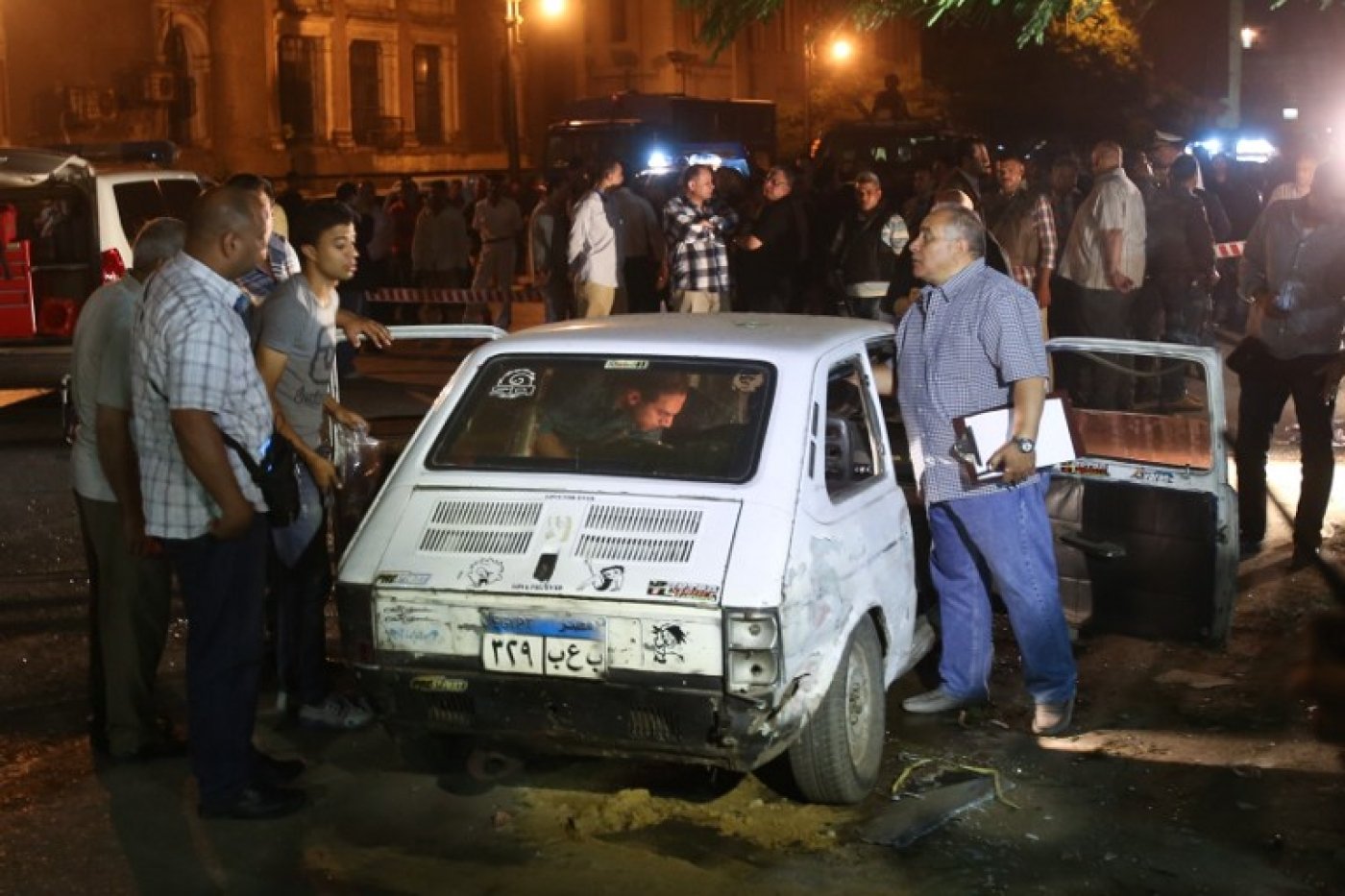 Egyptians inspect the site where a bomb exploded in the centre of Cairo on 14 October (AFP)
By
MEE and agencies
A bomb exploded in the centre of the Egyptian capital Cairo late Tuesday wounding 12 people, security and medical officials said.
A police officer on the scene told AFP the explosive device was placed near the entrance of a metro station close to the court house, apparently targeting policemen standing guard.
"The bomb was placed on the road near the entrance of the metro station. The target was some policemen in the area," he said.
Militants have killed scores of policemen in bombings and shootings since the military overthrew president Mohamed Morsi last year.
Senior health ministry official Khaled al-Khatib told state television that a pregnant woman was among the 12 wounded.
Police cordoned off the area, keeping journalists and a large crowd of onlookers away, as they searched for more explosives.
In past attacks, militants set off several bombs in succession to target first responders after an attack
The explosion took place before midnight on the busy street, where clothing stores and juice shops stay open late.
"I was in my shop when I heard a loud blast. I came running to the spot and I saw a few wounded people," said Ahmed Mostafa, who works in a nearby store.
Last month in the worst attack in central Cairo for months, a bomb blast near the Egyptian foreign ministry killed three policemen.
Militant group Ajnad Misr claimed responsibility for that attack. Ajnad Misr, says it targets policemen to avenge hundreds of pro-Morsi protesters killed in clashes with security forces after the president's overthrow.
The attack on Tuesday was the first serious attack since then.
Militants are mostly based in the restive Sinai Peninsula, but have established cells in Cairo and the Nile Delta.
Police say they have disrupted many of the militant cells on the mainland but the elusive Sinai militants still regularly target policemen and soldiers in the mountainous and desert region bordering Israel and the Gaza Strip.
The main militant group, Ansar Beit al-Maqdis, last month claimed the killing of six policemen with a roadside bomb that destroyed their armoured vehicle.
The attack came days after another powerful roadside bomb killed 11 policemen in Sinai.
The group has expressed support for the Islamic State group, but it has not formally announced its allegiance.
Egypt has faced rising militant violence since then army chief Abdel Fattah al-Sisi ousted President Mohamed Morsi last year after mass protests against his rule.
Sisi has since cracked down on Muslim Brotherhood supporters and political activists.
Police have arrested dozens of anti-government activists and students over the past few days during clashes in universities.
The government says the Muslim Brotherhood, designated a terrorist group after Morsi's overthrow, is responsible for the attacks. The group however insists it is peaceful and has denied responsibility for any of the attacks.