Advance on Khan Sheikhoun, held by the opposition since 2014, comes after collapse of a ceasefire in Idlib earlier this month 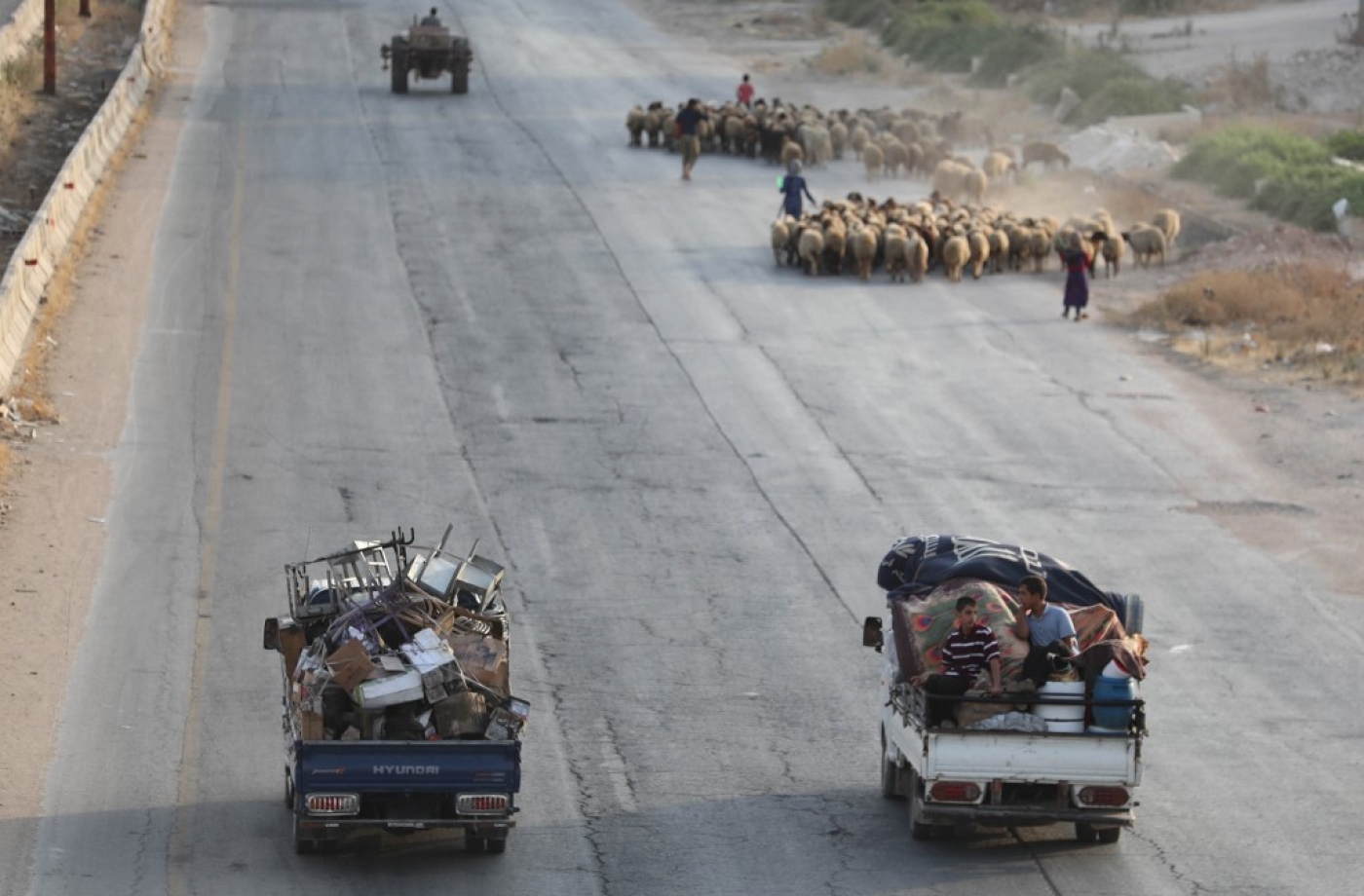 Syrian families, with trucks loaded with their belongings, drive past a flock of sheep as they flee Idlib and Hama provinces (AFP)
By
Harun al-Aswad

Fighting raged in the outskirts of the rebel-held Syrian town of Khan Shiekhoun on Wednesday, as pro-government forces made significant gains in southern Idlib province.

As the two sides clashed, militant rebels claimed they had downed a warplane near the fighting, with footage emerging online of smouldering wreckage.

Forces loyal to Syrian President Bashar al-Assad began closing in on Khan Sheikhoun, a rebel stronghold notoriously the site of a sarin gas attack in 2017, after a brief ceasefire collapsed earlier this month.

With pro-government troops also advancing from the east, rebels in the last pocket of Hama province to the south of Khan Sheikhoun risk being encircled.

'We are steadfast in Khan Sheikhoun, despite being targeted by Syrian government forces and their Russian and Iranian allies with all kinds of sophisticated weapons'

"We are steadfast in Khan Sheikhoun, despite being targeted by Syrian government forces and their Russian and Iranian allies with all kinds of sophisticated weapons and munitions."

Another military commander contacted by MEE refused to comment, only acknowledging that the situation was "serious".

Amid the fighting, the Ha'yat Tahrir al-Sham (HTS) militant alliance released a statement on Telegram claiming it had shot down a Sukhoi 22 warplane near the town of al-Tamanah, northeast of Khan Sheikhoun.

Faced with the pro-government advance, civilians have begun to flee Khan Sheikhoun and the surrounding area.

Hamid Qutini, one of the few civilians remaining in the town, told MEE people began to leave after Assad's forces took four villages to the west, including al-Habeet on Saturday.

He said the evacuation has been coordinated by the Civil Defence search and rescue team.

"During the past few days, the Civil Defence team, known as the White Helmets, told all civilians to evacuate the area because of the dangerous situation," Qutini said.

A 2017 sarin gas attack on Khan Sheikhoun killed dozens and provoked international outcry as the strike was quickly blamed on the Syrian government.

US President Donald Trump was prompted to unleash a missile strike on the government air base that his country said the attack had been launched from.

The Syrian government was deemed responsible following an investigation conducted by the Organisation for the Prohibition of Chemical Weapons and the United Nations. Damascus denies the accusation.

Khan Sheikhoun lies on the southern extremity of Idlib, the northern province that has become the Syrian rebels' last major redoubt after eight years of war.

Idlib, alongside parts of neighbouring Aleppo, Lattakia and Hama provinces, holds some three million people, the majority of which have been displaced from elsewhere as Assad rolled back the opposition's foothold in the country. 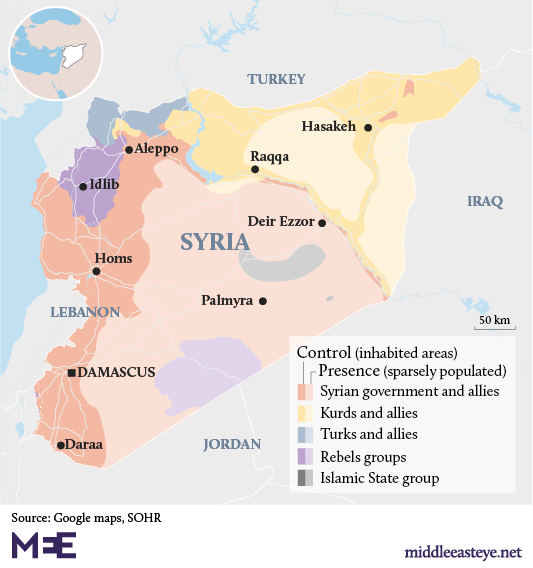 After several bouts of inter-rebel fighting, the HTS militant alliance claims dominance in the province, and fights alongside Turkey-backed rebel groups.

Despite conducting an intensive bombing campaign since April, Assad's forces have struggled to make significant headway into rebel-held territory. However the Syrian government appears to now be making quicker progress. 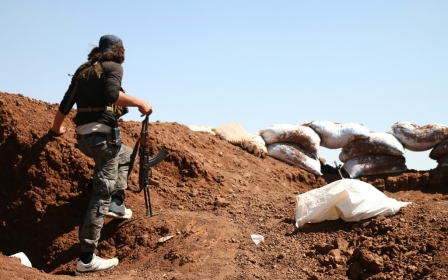 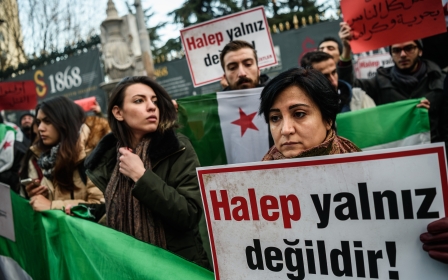