Amid dangerously overcrowded prisons, Ghali Bani fears it will only be a matter of time before virus reaches her husband 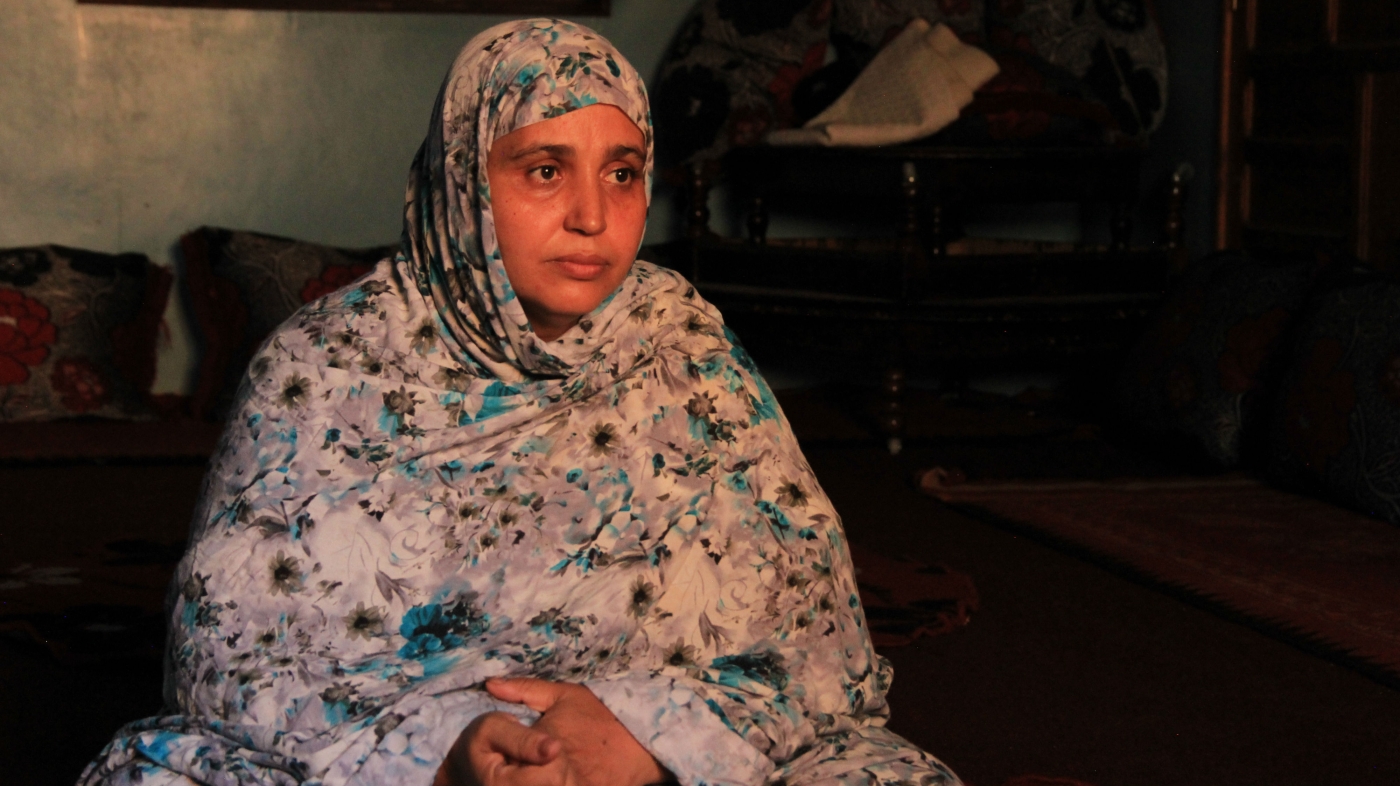 Ghali insists that her husband Mohamed was not even an activist, let alone a leader, of the Sahrawi movement (Nushatta Foundation)
By
Amandla Thomas-Johnson
in
Dakar

When each summer Ghali Bani visits her husband Mohamed, a Sahrawi political prisoner held near the coastal city of Agadir, the experience is often bittersweet.

Like most wives of those imprisoned for opposing Morocco’s decades-long occupation of Western Sahara, Ghali is required to travel vast distances to see the father of her children, in her case some 600km.

Once she arrives at Ait Melloul prison after the arduous journey, she is given only half an hour with him and is allowed to visit just once a week.

'The children are going crazy and are all the time asking what will happen to him. They want their father to come back home'

As a result, Ghali has little choice but to rent a house nearby for weeks at a time, hardly affordable when she does not work and has five mouths to feed.

The chances she will see Mohamed, 51, this summer appear slim, as Morocco continues a lockdown and travel ban in response to a spike in cases of the coronavirus.

Morocco’s dangerously overcrowded prisons have not been spared the deadly virus, with a surge in cases in the last few days alone.

Ghali, 44, is now worried that it will only be a matter of time before the virus reaches Mohamed and inflicts its terrible toll.

“We are really concerned about the pandemic. Everyone is very worried," Ghali, speaking from Laayoune, the largest city in Western Sahara, tells Middle East Eye.

"The children are going crazy and are all the time asking what will happen to him. They want their father to come back home.

“The United Nations must pressure Morocco to release my husband and other peaceful Sahrawi political prisoners without any conditions," she adds.

With 3,377 confirmed coronavirus cases and 149 deaths, Morocco is one of the worst-hit countries in Africa.

The country on Saturday extended by a month a lockdown imposed on 20 March. Schools and non-essential shops have closed and mosques will remain shut over Ramadan. The country’s overwhelmed prisons remain a source of concern for families of the detained and rights groups.

Prison authorities said on Tuesday that 68 people had been diagnosed with the virus in a prison in the mountain city of Ouarzazate.

Cases have also been reported in a prison near Tangier and another near Marrakech.

In response, authorities have carried out contact tracing and ramped up testing in those prisons found to have cases.

They have also distributed protective clothing and masks to staff, and isolated new prisoners entering the system.

'The place is filthy'

In an acknowledgment that prisons could well be overwhelmed, King Mohammad VI pardoned 5,645 prisoners on 5 April and called for "taking all necessary measures to strengthen the protection of inmates” against the coronavirus.

But that number is just a tiny fraction of the total prison population.

In November, Mustapha Ramid, minister for justice and liberties, said that the prison population stood at 83,747 and that prison overcrowding was around 138 percent in 2018. Of that number some 40 percent are in pre-trial detention.

On Friday, in a five-minute phone call to his wife, Mohamed said that few, if any, precautions had been taken at the Ait Melloul prison, where he is held.

“He said there were no serious precautions taken by prison authorities and when he asked them if there were any cases [at the prison] they didn’t answer," says Ghali.

"He told me the conditions are bad and the place is filthy. He is very worried.”

Morocco considers the Western Sahara, rich in fish and phosphates, as part of its “southern provinces," after Rabat invaded and occupied it months after colonial Spain pulled out in 1975.

Its claim has not been recognised by any state. The indigenous Sahrawis, meanwhile, led by the Polisario Front, have been struggling for self-determination ever since, in what has been dubbed “Africa’s last colony”.

Civil servant Mohamed had been one of the first to pitch a tent and camp out in the desert outside Laayoune in October 2010 in what became the Gdem Izik protest camp.

The act was a major show of Sahrawi defiance against the occupation and the plundering of the territory’s resources.

Weeks later, Bani had been joined by thousands of others. The empty desert had been turned into a small town of some 6,500 tents as Sahrawis from all walks of life joined in.

Just a month after it went up, the camp lay in ruins as Moroccan security forces moved in to dismantle it amid violent clashes with protesters.

As news of the violence spread, buildings were torched and vehicles burnt as riots spread across Western Saharan cities.

According to Moroccan authorities, 13 were killed in the clashes, reported as 11 security officers and two protesters. The Polisario Front put the number of Sahrawis killed at 36, with hundreds more wounded and arrested.

Sometimes referred to as the Third Sahrawi Intifada, the events of 2010 are now inscribed on the pages of Sahrawi political history.

Commentators, including Noam Chomsky, have said that Gdem Izik marked the start of the Arab Spring.

Meanwhile, Mohamed had been swept up in a wave of arrests and taken to a police station in Laayoune.

After four days he was flown by helicopter to Rabat where he says he was tortured and humiliated by Moroccan security forces. 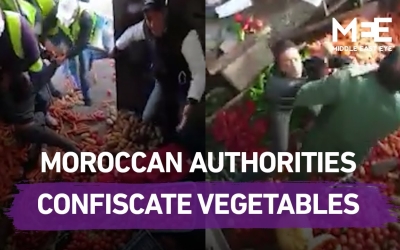 According to Ghali, he was forced to walk on broken glass, was urinated on and then hung from his feet.

His tormentors tore off his fingernails and forced him to sign a confession.

But the military court that tried Bani and 24 co-defendants ignored the allegations of torture, which included rape.

In 2013, the men were given lengthy sentences, with nine, including Bani, handed down a life sentence.

All the men insist that the convictions, which range from attacking police officers to mutilating a dead corpse, were based on confessions extracted through torture.

A civilian court in 2015 later upheld the charges against them, again dismissing the torture allegations.

HRW has said the judicial process was “tainted” and has called for a fair retrial or for the men to be released.

Sahrawi activists interpreted the hefty sentences as part of an effort to crush the hopes of their liberation movement.

Ghali insists that her husband was not even an activist, let alone a leader of the movement, and was just one of the thousands of Sahrawis to peacefully participate in the protest camp.

Asked why she thinks her husband was given such a heavy sentence, Ghali, who is wearing a cream coloured malehfa, a shawl which covers her from head to toe, shrugs her shoulders.

After a pause she says: “All Sahrawis are sentenced to life because of the occupation.”

Often a site for protests that have at times been met with force, the Smara Boulevard, which runs through the centre of Laayoune, has remained deserted these past weeks as the city observes a Moroccan-imposed lockdown.

Many Sahrawis, including Ghali, have adhered to the regulations because the semi-recognised Sahrawi state, which controls a fifth of Western Saharan territory, has called on them to remain indoors. 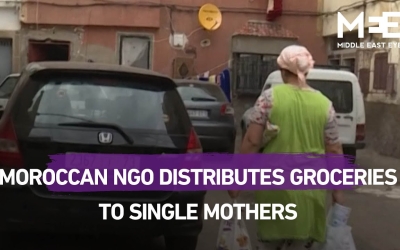 “We are not responding to the call of the Moroccan occupying authorities because we don’t believe that it is their country,” she said.

According to MINURSO, the territory’s United Nations peacekeeping force, there have been six reported cases of Covid-19 in Western Sahara, with just one person remaining under medical care.

The jam-packed Tindouf camps in Algeria, home to tens of thousands of Sahrawi refugees, have yet to report any cases.

With the chief breadwinner of the family gone, Ghali has had to rely on handouts from relatives and friends to support their five children.

She manages to get by, but she is worried about the effects of Mohamed’s absence on the youngest Ayyub, 11, who was just two months old when his father was imprisoned.

“He’s always repeating that he needs his father back at home because when he goes to school he sees his classmates are brought by their fathers and can’t understand why he isn’t.”

For the time being, the Bani family are having to make do with a few brief phone conversations with Mohamed each week.

While they cannot call him, he is permitted to contact them three times a week to speak each time for a maximum of five minutes.

In a statement earlier this month, Amnesty International called on Moroccan authorities to “urgently and unconditionally release” all peaceful protesters.

“The Moroccan authorities should be prompted by the grim prospect of Covid-19 spreading in prisons to release the dozens of detainees held simply for expressing their views or for exercising their right to protest," said Heba Morayef, Amnesty International’s MENA regional director.

"These peaceful individuals should never have been imprisoned in the first place.

"For those who remain in detention or prison, the Moroccan government must provide a standard of health that meets each person's individual needs and ensures the maximum possible protection against the spread of Covid-19.”

The Moroccan government was asked for comment on this article but there had been no response by the time of publication. 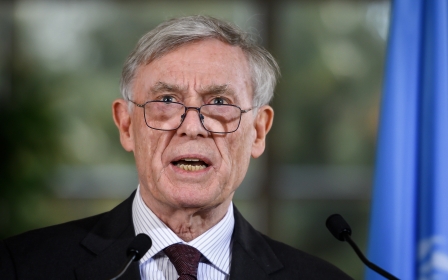