The 'painful but necessary' measures will come into effect from the beginning of June, finance minister says 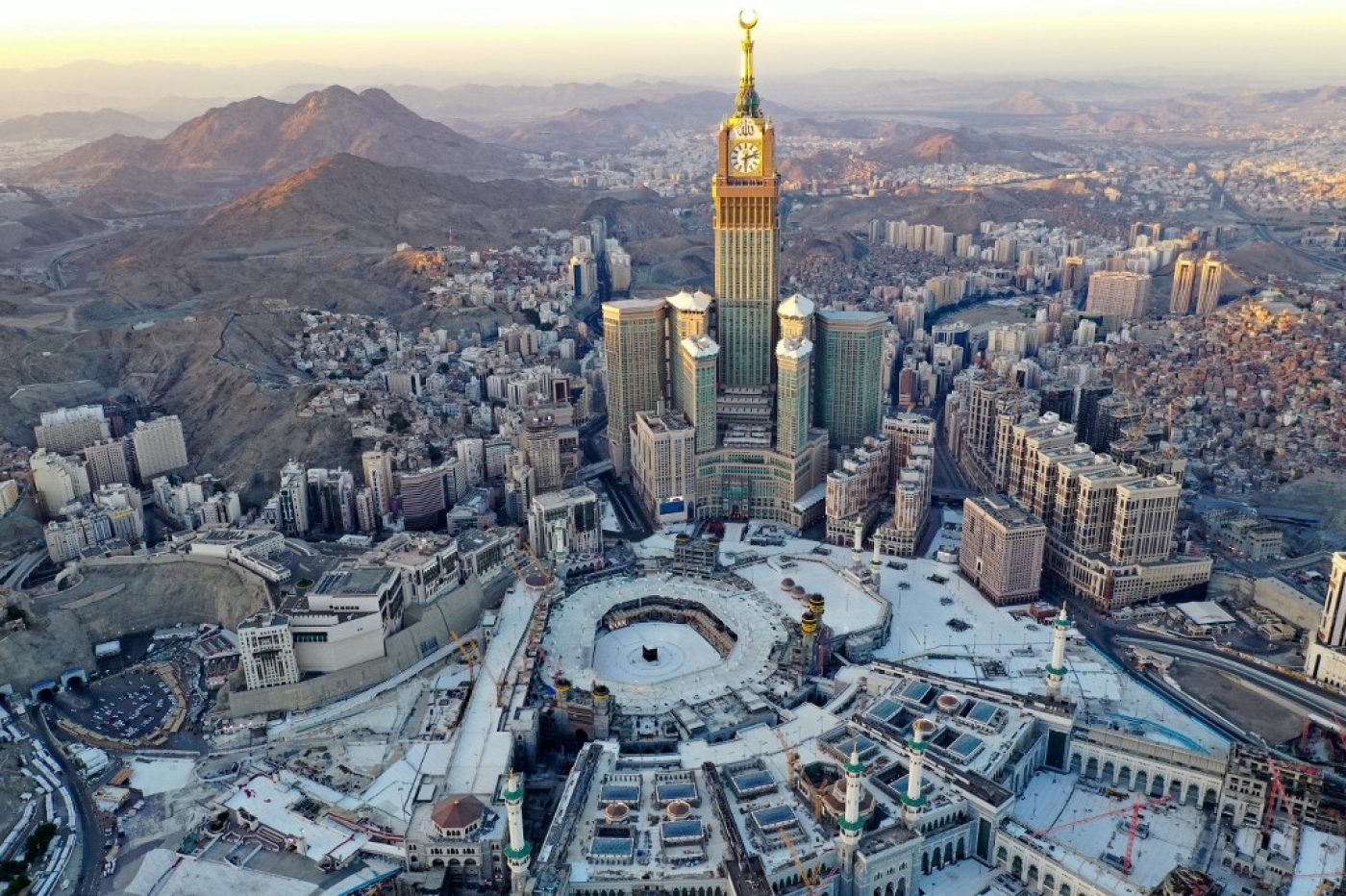 The Grand Mosque deserted on the first day of Ramadan in the Saudi holy city of Mecca, on 24 April 2020 (AFP)
By
MEE and agencies

Saudi Arabia will triple the rate of value-added tax (VAT) from July and suspend a cost of living allowance from June as part of measures to counter the severe economic impact of the coronavirus pandemic on the state’s budget, a minister said on Monday.

“The cost of living allowance will be suspended from the beginning of June 2020, while the value-added tax will increase from 5 percent to 15 percent from 1 July,” Minister of Finance Mohammed al-Jadaan said in a statement published by the Saudi Press Agency.

“The measures taken today, although painful, are necessary and will help to maintain financial and economic stability on the medium and long terms.”

About 1.5 million state employees will be affected by the suspension of the cost of living allowance, a monthly payment of 1000 riyals ($267) introduced by King Salman in 2018 in the aftermath of hiking domestic gas prices and introducing VAT.

According to the statement, the new measures will save 100 billion riyals ($26bn) for state coffers.

Saudi Arabia, the world's biggest oil exporter and the Arab world's biggest economy, is suffering from historically low oil prices, while measures to fight the coronavirus are likely to curb the pace and scale of economic reforms launched by Crown Prince Mohammed bin Salman (MBS).

Saudi Arabia's central bank foreign exchange reserves fell in March at their fastest rate in at least 20 years, hitting their lowest since 2011, while the kingdom slipped to a $9bn budget deficit in the first quarter as oil revenues collapsed.

A Saudi financial decline has actually been in the works for some time, Middle East Eye reported last month. When MBS’s father took over as king in January 2015, foreign reserves totalled $732bn.

In December last year, they had been diminished to $499bn, a loss of $233bn in four years, according to the Saudi Arabian Monetary Authority.

Finance Minister al-Jadaan said on Monday that the global economic crisis associated with the coronavirus pandemic has led to three major shocks to the Saudi economy.

The second was the preventive measures taken to curb the spread of Covid-19, leading to the suspension of many economic activities, which in turn has taken a toll on non-oil revenues.

The third shock has been caused by the rising expenditure on the health sector to deal with the rising number of Covid-19 patients.

“The challenges combined have led to a decline in government revenues and pressure on public finance to levels that are hard to counter without harming the kingdom’s macroeconomics and public finances in the medium and long term,” al-Jadaan said.

“Therefore, a further reduction in expenditures is a must, along with measures to stabilise non-oil revenues.”

Saudi Arabia has so far reported 39,048 cases of coronavirus and 246 deaths - the highest numbers in the six-member Gulf Cooperation Council (GCC).

Like other GCC countries, the kingdom has taken stringent measures to curb the outbreak, including the shutting down of cinemas and restaurants, suspension of flights and the Muslim Umrah pilgrimage.

A countrywide lockdown has been in place in the kingdom since 25 March, including a ban on entry and exit from Mecca, Medina and Riyadh, as well as restriction of movement between its 13 provinces.

In early April, the government imposed a 24-hour curfew on the holy cities of Mecca and Medina as part of measures to contain the disease.

The curfew was relaxed on 26 April, following the start of the holy month of Ramadan, but restrictions on Mecca remained in force.