Death in Libya: The sniper, the missile specialist and the bomb disposal expert

They chose to fight against Islamic State in their own way - and they died “as martyrs”. 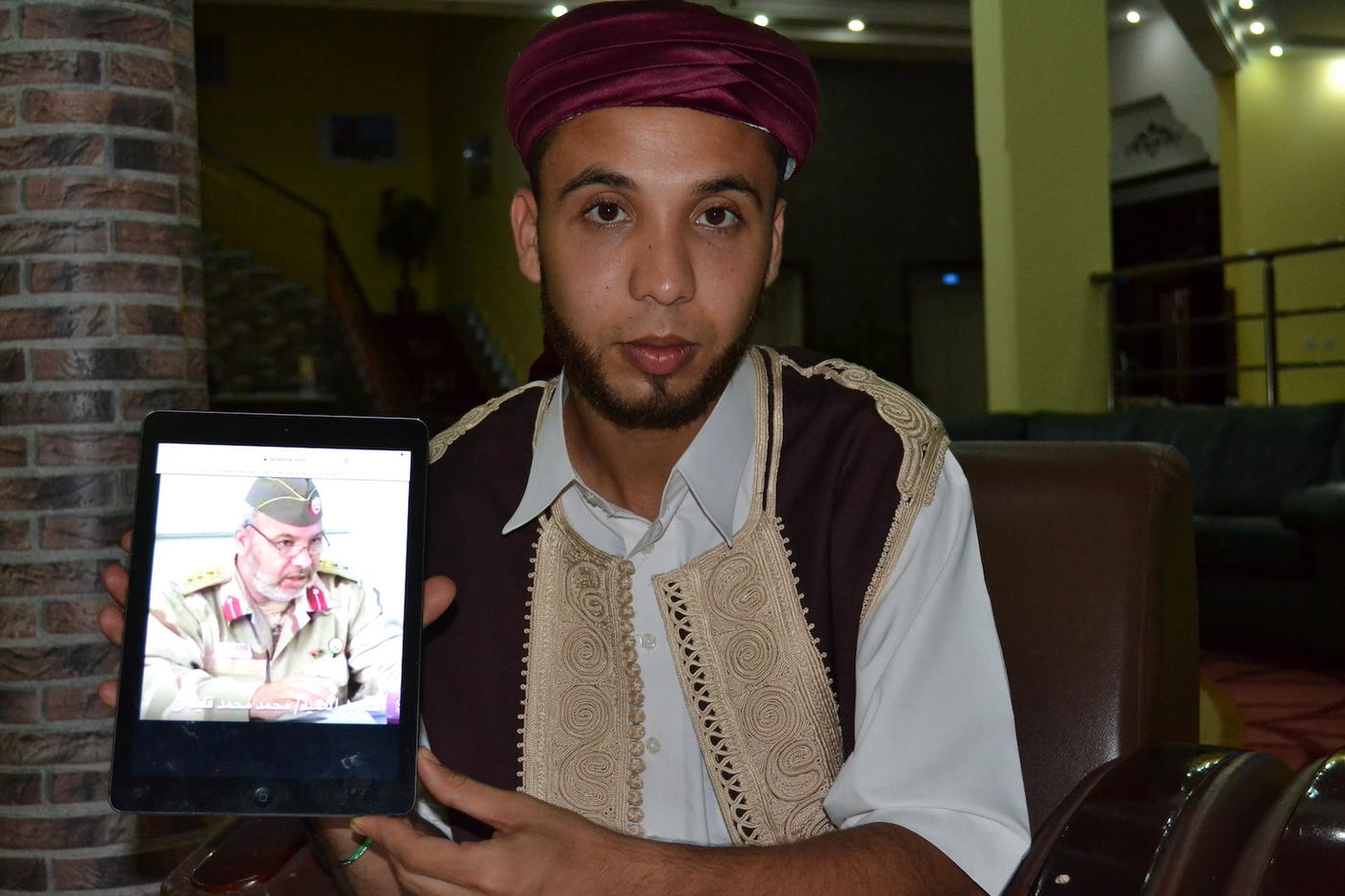 Adel Glidan, age 22, lost his father last July: like his son, he was fighting against Islamic State (MEE/Maryline Dumas)
By
Maryline Dumas

His mother made him promise he would be home by 8pm that evening, 28 August 2016. Wissam stuck to his word and was back on time. But lifeless: aged 24, he had not survived his third war.

When she got the news, his mother, a Hungarian national, went out into the garden of her villa in Misrata. Neighbours heard her crying and shouting about the death of her only son, one of six children. Her behaviour made her stand out in Libya, where people usually conceal their pain.

Mohamed Ismael, Wissam' father, is a member of the Al-Marsa brigade, just as his son had been. The fighter holds his head high as he tells Middle East Eye: “The most important thing is to get rid of Daesh [Islamic State]. That is the absolute priority, even if I've lost my only son.”

READ: Islamic State's war in Sirte: 'They used a baby as bait to kill us'

The situation in his homeland made Wissam, an economics graduate, become a sniper. Since May he had been fighting against Islamic State in Sirte after the group seized control of the city in June 2015.

The operation reached its conclusion on 5 December, with Libyan government forces prevailing. Wissam Ismael had been positioned in buildings, from where he used to watch and target the enemy through holes in the walls. His life was ended by a shot from a sniper on the other side. He was killed instantly.

Fighter dreamed of a normal life

In his opulent home in Misrata, Mohamed Ismael tells MEE the story of his son's life, shedding the occasional tear as he does so.

Wissam took up arms for the first time in 2011. His aim was to topple Muammar Gaddafi. In 2014, he returned to the front, this time as part of the civil war in Tripoli.

He and his Misrata brigade fought with the Libyan Dawn ("Fajr Libya") coalition that rid Tipoli of the forces of Zentan, a revolutionary stronghold in western Libya, in support of General Haftar's Operation 'Karama' (Dignity).

Two years later Misrata, by now an ally of the internationally-recognised Government of National Accord (GNA), sought to cleanse Sirte, Wissam's neighbouring city, of terrorists.

'He was building a house. He hoped to get married in two years'

Wissam took up arms again. But he was also a young man who dreamed of a normal life. “He was building a house,” says his father. “He hoped to get married in two years. He also enjoyed swimming in the sea and playing football.” The young man used to work with his father in a transport company. That life, like all those plans, was cut down in its prime.

Mohamed Glidan, meanwhile, had had time to follow through on a few plans. He was a father of five children – the youngest was 11-years old – and was the head of the airforce college in Misrata. With patriotism deeply ingrained, he was regarded as a wise man in his neighbourhood and city. A career soldier, Glidan was conversant in three languages.

Since the start of the offensive against IS in Sirte he had served as the head of the group in charge of modifying weapons. This had become an essential job in Libya, where arms abound but are often damaged or unsuitable for street fighting.

One of his three sons, Adel, 22, takes up the story. “My father was a missile specialist. He was asked to adapt Pechora [Soviet surface-to-air missiles, first produced in the early 60s] so that they could be fired shorter distances from a vehicle. He achieved that. It worked and they did tests in Tawergha [a town between Misrata and Sirte  from which all residents left during the 2011 revolution].”

But on 6 July 2016, while Mohamed was overseeing the transport of missiles from Misrata to Sirte, disaster struck. “There was a problem with the wires, a sort of short-circuits,” believes Adel. Whatever the exact details are, the fact is that the missile caught fire and burned Gliwan and two of his colleagues.

“The day after his burial we returned to the front”

“My father was the most seriously wounded, with burns over 80 percent of his body,” says Adel. He was taken to hospital in Tripoli and then evacuated to Tunisia. Fighters are regularly taken abroad from Libya due to the lack of medical equipment and staff lacking in over-run Libyan hospitals.

“The Tunisian doctors said he caught a blood infection in Tirpoli,” explains Adel, who accompanied his father until the end.

'He died as a martyr, sacrificing his life for his land and his city, so that it might be freed of terrorists'

After undergoing three operations, Mohamed died in Tunisia on 17 July. His adult children resumed the fight. “Our mother asked us to finish with the war,” admits Adel. “But we could not. The day after his burial we returned to the front.”

The young man admits that he “blew a fuse” when he heard about his father's death, but says he is “comforted by the fact that he died as a martyr, sacrificing his life for his land and his city, so that it might be freed of terrorists.”

In a country where paradoxes are plentiful, Adel now dreams of leaving the land for which his father died: “I would like to go to the United States,” he says. “I'm 22 years old and I've never known peace in my adult life.”

'The important thing is to die for something'

Tariq Saithi worked on the other side of Libya, in Benghazi. He was built like an athlete and sported dreadlocks, a rare hairstyle in Libya. He exuded impressive charisma and, above all, had unrivalled skill when it came to defusing explosives.

All that made him very popular in his home town. What's more, the career soldier used to answer any and all calls for help, whether from civilians or combatants.

Sathi was the best known bomb disposal expert in Cyrenaica. He used to defuse explosives without using any equipment (MEE/Maryline Dumas)

He died on 9 July while doing his work, trying to neutralise a booby trap left by extremist groups fighting against troops engaged on Operation 'Karama', which was launched by Khalifa Haftar in May 2014.

When interviewed by MEE, Saithi carefully spread an assortment of accessories on a table: a clothes peg, a coin, a shoehorn, an aerial, a pe, and other everyday items. These seemingly harmless objects are used by Islamic State, Ansar al-Charia and their allies as detonators.

Tariq Saïthi took each one and connected it to a light bulb that, when lit, gave an idea of the explosion that could have taken place if the items had been hooked up to explosives. There were sparks in his eyes.

'There are people who lose their lives in a car crash. Me, I will die saving someone or protecting someone's home'

He said he disliked the bloody effects of these items, but he liked the technical aspect and also appreciated the 'hunt', the effort of uncovering and pre-empting new inventions by his enemies.

Every time a device was discovered, Saithi would go and inspect it in his own car. His toolkit? All he had was a scissors. No protective equipment, no detector. All he had to rely on was his experience. He had begun his career during the regime of Muammar Gaddafi. He was trained in Italy, then in the United States. What he learned most was that his Western colleagues had sophisticated resources and equipment that he would never be fortunate enough to use.

Like many Libyan fighters, he sometimes seemed care-free. Thus he liked to film his work and publish videos on social media. But that attracted trouble from the Libyan government: in one of his videos he was smoking as he defused a mine.

But, even more seriously, Tariq Saïthi admitted that: “I learned that IS used to watch my videos and improve their devices as a result. For a while, it was always the same wire that needed to be cut. But one day, they started doing the opposite.” With a taste for educating people, he had explained in his videos how to defuse explosives.

Saithi knew his days were numbered.  “But that doesn't matter,” he said. “The important thing is to die for something. There are people who lose their lives in a car crash. Me, I will die saving someone or protecting someone's home.”

His house was in the war zone. It was destroyed in 2014. He is survived by a wife and two young daughters. 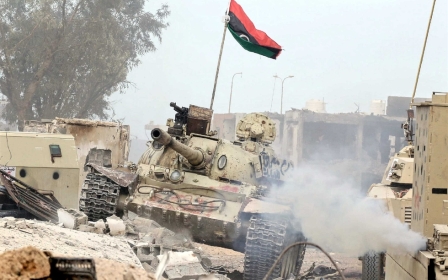 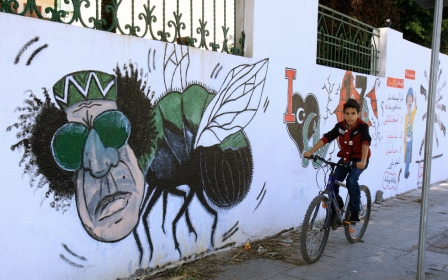