Thomas Mair, alleged to have shot and stabbed British lawmaker Jo Cox on Thursday, made his comments after being charged in a London court 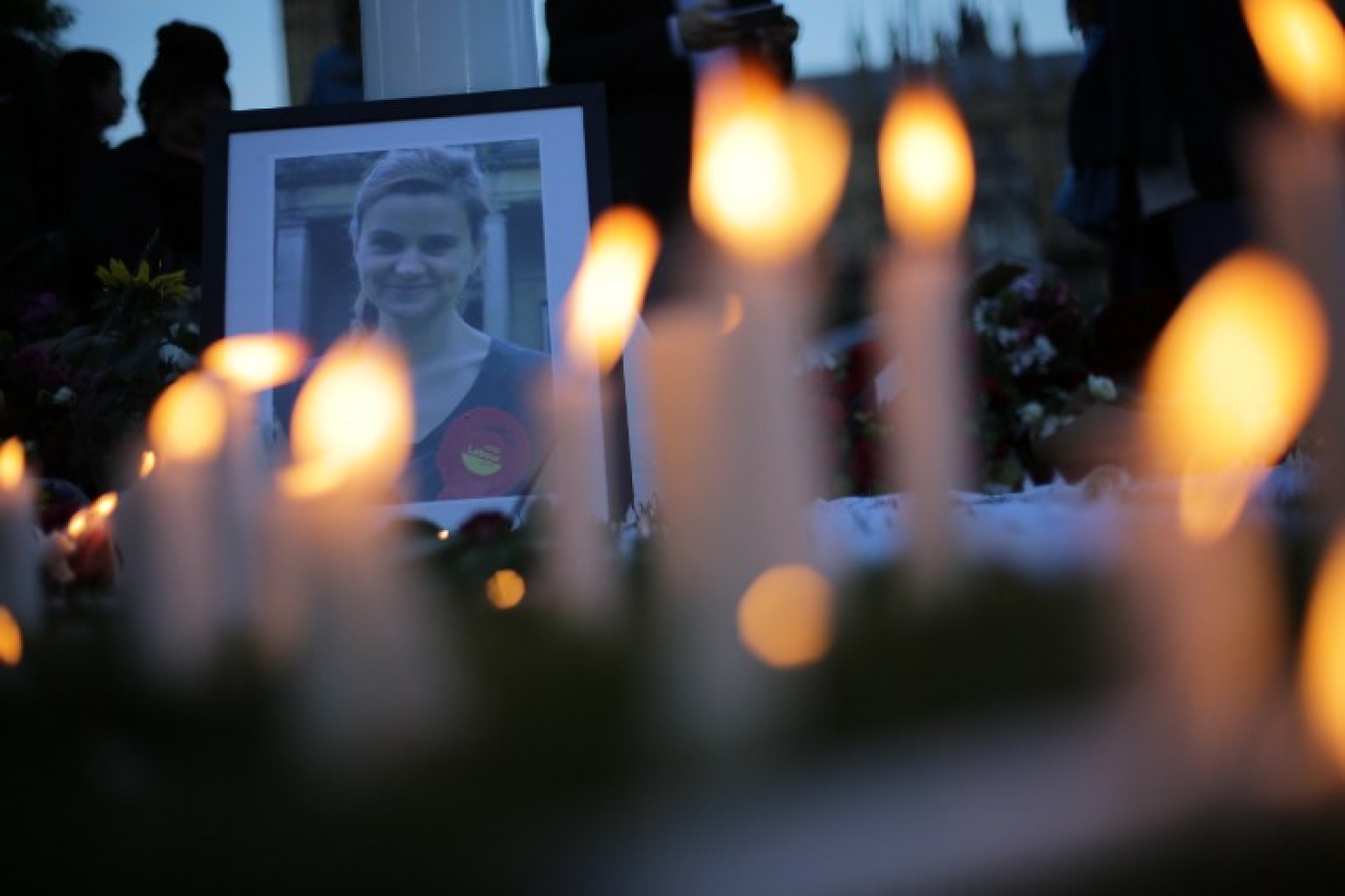 British lawmaker Jo Cox's alleged killer ranted against "traitors" during a brief court appearance on Saturday, as EU referendum campaigning was suspended for a third day in tribute to her.

"Death to traitors, freedom for Britain," 52-year-old Thomas Mair said when asked to give his name at Westminster Magistrates' Court in London after being charged with murder, the Press Association reported.

Mair, who was handcuffed and wearing a grey tracksuit, then remained silent when asked to provide his date of birth and address, the reports said.

He was remanded in custody until his next appearance at London's Old Bailey central criminal court on Monday and a psychiatric report has been requested.

Both sides in the deeply divisive campaign ahead of a referendum on EU membership to be held this Thursday have cancelled events amid calls for a less acrimonious political debate.

A member of the opposition Labour Party and former aid worker, Cox was an advocate for refugee rights and immigration and wanted Britain to remain in the EU.

She was shot and stabbed in the street in a daylight attack on Thursday in her constituency in northern England as she was heading for a meeting with residents.

Although the motive is undetermined, some politicians and commentators have pointed to the heated referendum debate, where sensitive issues like national identity and immigration have featured prominently.

Prime Minister David Cameron and Labour leader Jeremy Corbyn on Friday brought bouquets to a floral tribute near the scene of the attack in Birstall in Yorkshire.

Cameron spoke out for "tolerance" and against "hatred" in British politics, saying the country was "rightly shocked" at the killing of the 41-year-old mother of two.

The murder, the first of a British member of parliament since 1990, has sent shockwaves around the world.

"The president noted that the world is a better place because of her selfless service to others, and that there can be no justification for this heinous crime," the White House said in a statement.

Flowers on the river

Eyewitness Hichem Ben Abdallah, 56, told AFP on Friday that he heard two shots and saw her on the ground.

"Her face was full of blood," said Ben Abdallah, who campaigned alongside the Labour politician before she was elected to parliament for the first time last year.

"She stood for peace and transparency, fighting corruption, wanted justice for all. I think her flame will carry on," he said. "I hope we learn lessons from this."

A 77-year-old man remains in hospital after being injured trying to help Cox during the attack.

A fund created in Cox's memory by her friends and family has raised more than $359,000 so far for charities close to her heart.

The money will support the Royal Voluntary Service, which helps combat loneliness in her constituency, the Hope Not Hate anti-extremism group, and the White Helmets volunteer search and rescue workers in Syria.

At a vigil in London's Parliament Square on Friday evening, hundreds of people gathered to lay flowers and pay their respects, holding a minute's silence.

Cox lived with her husband and their two children, aged three and five, on a houseboat moored on the River Thames in London, close to the city's iconic Tower Bridge.

Mourners laid flowers on the roof of the converted barge along with pictures of the slain MP. A book was left at the entrance to the mooring area for visitors to leave messages and remembrances.