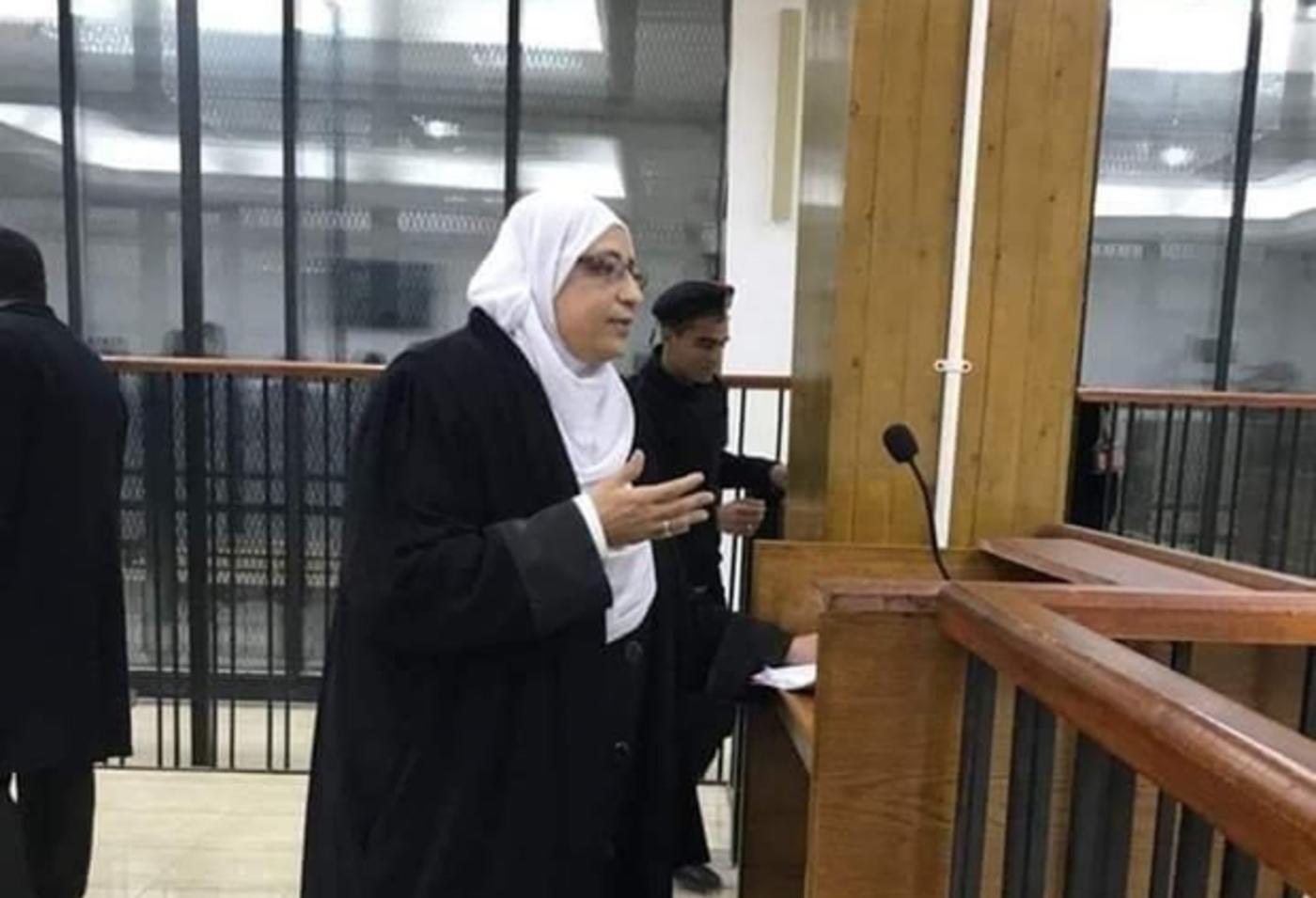 Human rights lawyer Huda Abdelmoneim, 60, was arrested from her home at 1:30am on 1 November (supplied)
By
MEE and agencies

At least 40 rights workers, activists and lawyers have been rounded up by Egyptian authorities since late October and are being held in "unknown places," Human Rights Watch (HRW) has said, calling on the authorities to reveal their whereabouts.

"Many of those arrested were providing legal and humanitarian support to families of political detainees," who were also reported missing after their arrest, the rights group said in a statement on Sunday.

HRW said it had spoken to "a lawyer, a human rights activist and two political activists who have been in direct contact with the families of those arrested" since the end of October.

"The crackdown on Egyptian security agencies is now affecting ... those brave men and women who have tried to protect the missing," said Michael Page, deputy director of HRW Middle East.

One of the sources consulted by HRW reported at least 80 disappearances since the end of October, but only 40 have been "verified" by the organisation.

"The Egyptian authorities should immediately reveal the place of detention of prisoners, release all those arrested only for exercising their rights, and bring before a judge the others to consider their detention," said the rights group.

Sources told HRW that some of the detainees were close to the Egyptian Coordination for Rights and Freedoms, an independent human rights group it said has come under fire from pro-government media in recent months, the AFP news agency reported.

Among those detained are Hoda Abdelmoneim, a 60-year-old lawyer and former spokesperson for the Revolutionary Coalition of Egyptian Women, a group close to the Muslim Brotherhood.

Fadwa Khaled, Abdelmoneim's eldest daughter, was the only one at home when her mother was arrested on 1 November in Cairo.

"She was sleeping, but I was awake when, at 1.30am, the door of our flat was broken, and nearly 20 officers stormed the flat," she told Middle East Eye.

"They blindfolded her and refused to let her take any of her belongings or medication.

"They did not allow me any contact with her or to say goodbye."

Aisha Khairat al-Shater, the daughter of one of the leaders of the Muslim Brotherhood who is currently detained, was also arrested, as was her husband, lawyer Mohamed Abou Horayra.

Somaya Nassef is another of the women who have disappeared since 1 November. Her husband, Ramy Darwish, who spoke to MEE from Qatar, said she disappeared on her way home from a visit to her sister.

Nassef, 34, is a charity worker who raises money to support families of political prisoners and the forcibly disappeared.

"She is a human rights advocate, and she has dedicated her life to help the families of political prisoners," he said.

Darwish said he contacted the offices of the general prosecutor and the minister of interior to request information on her whereabouts or charges but has yet to receive a response.

"She is well known to them because of her charity work, but they failed to bring any charges against her," he said.

In 2013, Mohamed Morsi, a member of the Muslim Brotherhood who was elected as president a year earlier, was deposed by the army amid mass demonstrations.

Abdel Fattah el-Sisi, the leader of the army during the removal of Morsi before becoming president himself in 2014, launched a crackdown against the Muslim Brotherhood and other opposition activists.

The Brotherhood was declared a "terrorist organisation" and hundreds of its supporters were arrested, with many of them sentenced to prison and some to the death penalty.

In early November, Amnesty International denounced the arrest of at least 19 lawyers and human rights activists, including Aisha Khairat al-Shater and Hoda Abdelmoneim.