Dozens arrested as Egyptian police crack down on anti-Sisi protests

Journalists, activists and lawyers arrested at Egyptian cafes and on streets ahead of mass demonstrations planned for next week Egyptian police arrested dozens of people at cafes, in their homes and on streets across the country in the past 24 hours ahead of mass demonstrations planned for next week, according to local media reports.

Among those said to have been arrested were labour lawyer and Revolutionary Socialist member Haytham Mohamadeen, top leader of the banned April 6 movement Sherif el-Rouby, and al-Masry al-Youm daily cartoonist Makhlouf, who was later released, Mada Masr reported.

Lawyers told the Associated Press that until they surfaced in police stations on Friday, the whereabouts of many of those arrested were unknown, even as police denied having arrested them.

While it is not clear how many people were detained, the Association for Freedom of Thought and Expression, an Egyptian NGO, released a report this week putting the total at 387, with at least 98 people facing charges, Mada Masr reported.

The detentions came a day after the privately owned al-Shorouk newspaper, citing an unidentified person, reported that President Abdel Fattah al-Sisi told the police to stop the planned protest. The report was pulled after the president’s office issued a denial.

The demonstrations, planned for this coming Monday, are in protest against Egypt’s transfer of two Red Sea islands to Saudi Arabia and a follow up to those held last Friday that saw thousands of Egyptians take to the streets.

They were some of the biggest demonstrations seen since Sisi took office in 2013.

Though authorities said that the Muslim Brotherhood had organised the demonstration, several groups had called for the it, including the banned April 6 movement, some political parties and former presidential candidate Hamdeen Sabahi, who is suing Sisi over the islands deal. 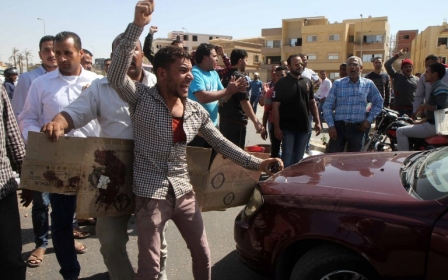 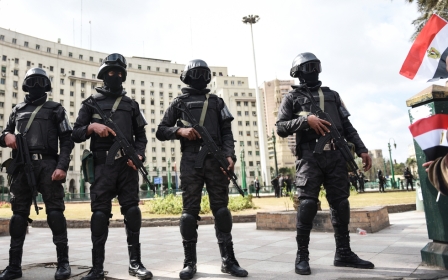 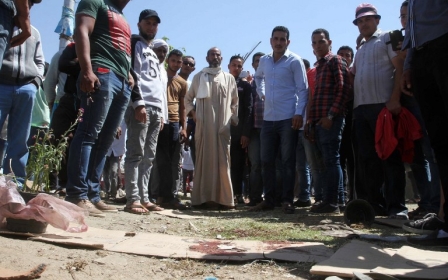