Dozens killed by rocket strikes on market in Syria's Douma

Activists in rebel-held district near Damascus accuse government loyalists of carrying out attack; the second targeting same marketplace in weeks 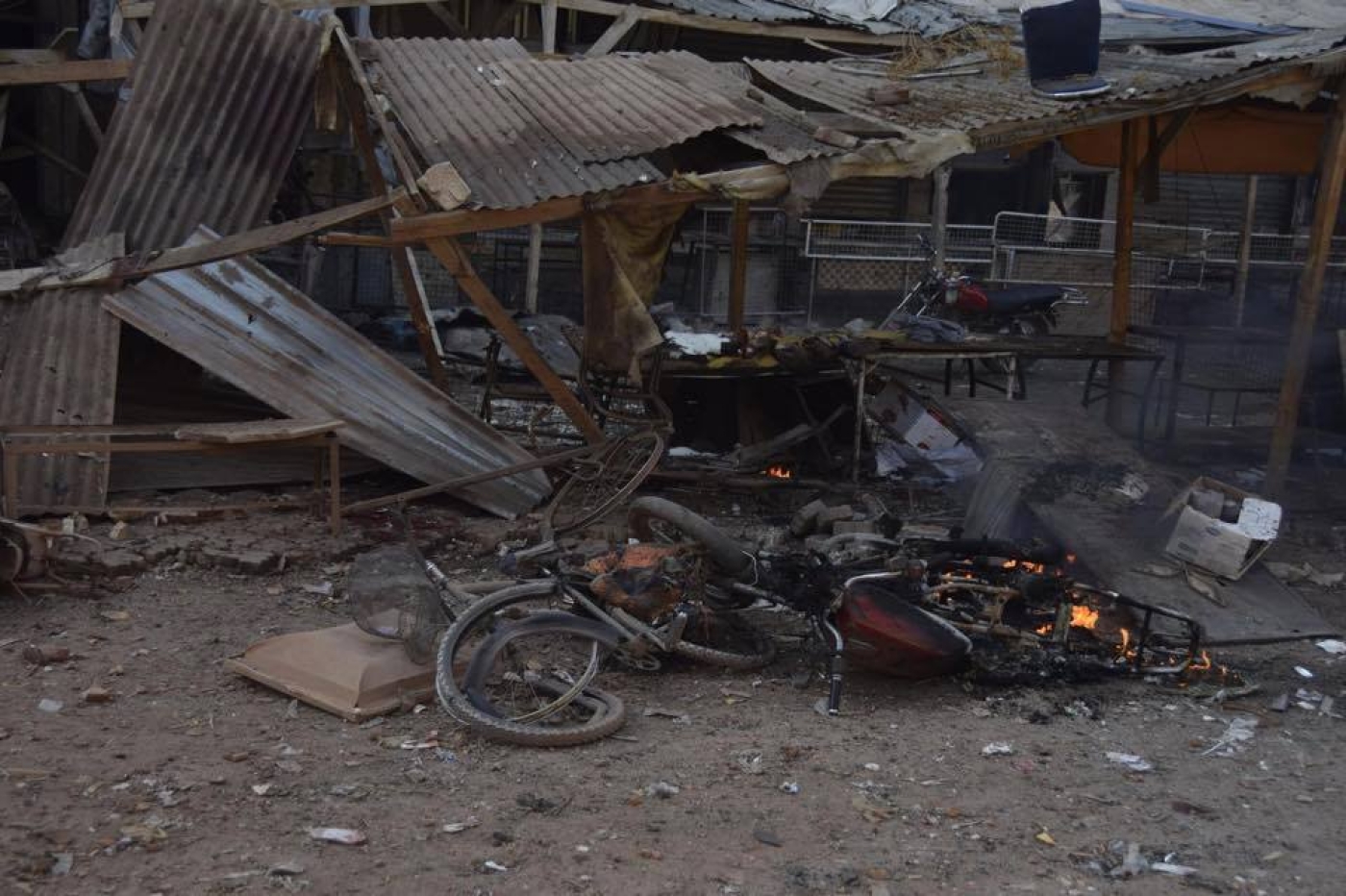 A huge attack on a market near Damascus left at least 45 people dead and about 200 injured on Friday, with local activists blaming forces loyal to Syrian President Bashar al-Assad.

The market in Douma, which lies 10 kilometres north-east of the Syrian capital, was struck by at least six rockets on Friday morning as farmers from the local area gathered to sell their produce on a busy trading day.

Graphic footage posted by activists purporting to show the immediate aftermath of the attack showed injured people being carried by their arms and legs past market stalls piled with produce and loaded onto pick-up trucks to be taken to local medical centres.

The large number of casualties meant local paramedics were overwhelmed, and locals stepped in to look through the rubble of damaged buildings for survivors and bodies of the dead, according to a statement from the Syrian Revolution Co-ordinators’ Union.

A video purportedly shot in a dusty square in Douma appeared to show at least 35 bodies wrapped in cloth and laid out on the ground.

Local activists accused forces loyal to Assad of launching the attacks, alleging that the market in a rebel-held area of Douma was intentionally targeted.

“This market is at the heart of Douma and supplies everyone here,” a Syrian Civil Defence officer told the Al Jazeera news network.

“This is the second time this market has been targeted.”

Douma is in rebel-controlled territory, and has been subjected to previous deadly bombardments.

A previous attack on the market in Douma left at least 100 people dead in August, and was dubbed a possible war crime by the UN.

The attack led the UN Security Council to push for a new round of peace talks, in a rare show of unity from a body that includes key Assad ally Russia as a permanent member.

Friday’s latest mass attack on a Douma market came as diplomats met in Vienna for the latest talks on a way out of the Syrian crisis.

Neither the Syrian government nor the opposition were invited, but delegates from Iran, a strong supporter of Assad, were invited for the first time in more than four-and-a-half years of war.

In the wake of the bombing, anti-Assad activists called for a “no bomb zone” to stop what they say is the indiscriminate targeting of civilian areas.