Lebanon’s outspoken Druze leader Walid Jumblatt has renewed his calls to legalise hashish in Lebanon, which has a long history of marijuana cultivation.

In a “joint statement” made on Twitter over the weekend, Jumblatt said that growing of marijuana – which is prevalent throughout much of Lebanon’s Bekaa Valley – should be liberalised and that the state should stop cracking down on marijuana farmers.

“It’s time to allow hash to be grown and to overturn arrest warrants against people sought for doing so,” the veteran politician, often dubbed a “king maker” in Lebanese politics, wrote in Arabic on his Twitter account.

Jumblatt first caused a stir back in May when he unequivocally came out in favour of legalisation and stressed that such a move would help struggling farmers.

In a country deeply split between the Hezbollah-allied March 8 camp - that supports Syrian President Bashar al-Asad - and the anti-Asad March 14 camp - that opposes Hezbollah and Asad -, Jumblatt, sometimes described as a "chameleon", has been able to make or break governments by shifting alliances.

“Never in my life have I smoked marijuana, but I support growing cannabis for medical use and to improve the living conditions of farmers in north Lebanon and the Bekaa Valley,” Jumblatt told Al-Jadeed television.

Hashish cultivation became widely prevalent during the country’s civil war that broke out in 1975. As the state disintegrated, marijuana farmers rose up, managing to create a thriving multi-billion-dollar business.

However, following the end of the war in the early 1990s the international community put pressure on Lebanese authorities to root out the practice.

Despite various UN and government schemes to help farmers make the switch, the authority of the state remains weak in large parts of Lebanon and many farmers have refused to return to growing less lucrative crops.

According to cannabis growers interviewed by AFP, demand for marijuana has grown in recent years with a noticeable spike being seen since 2012, with most of Lebanon’s hashish now destined to war-torn Syria. 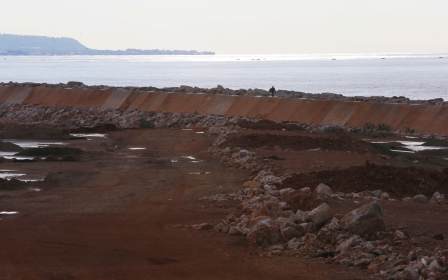