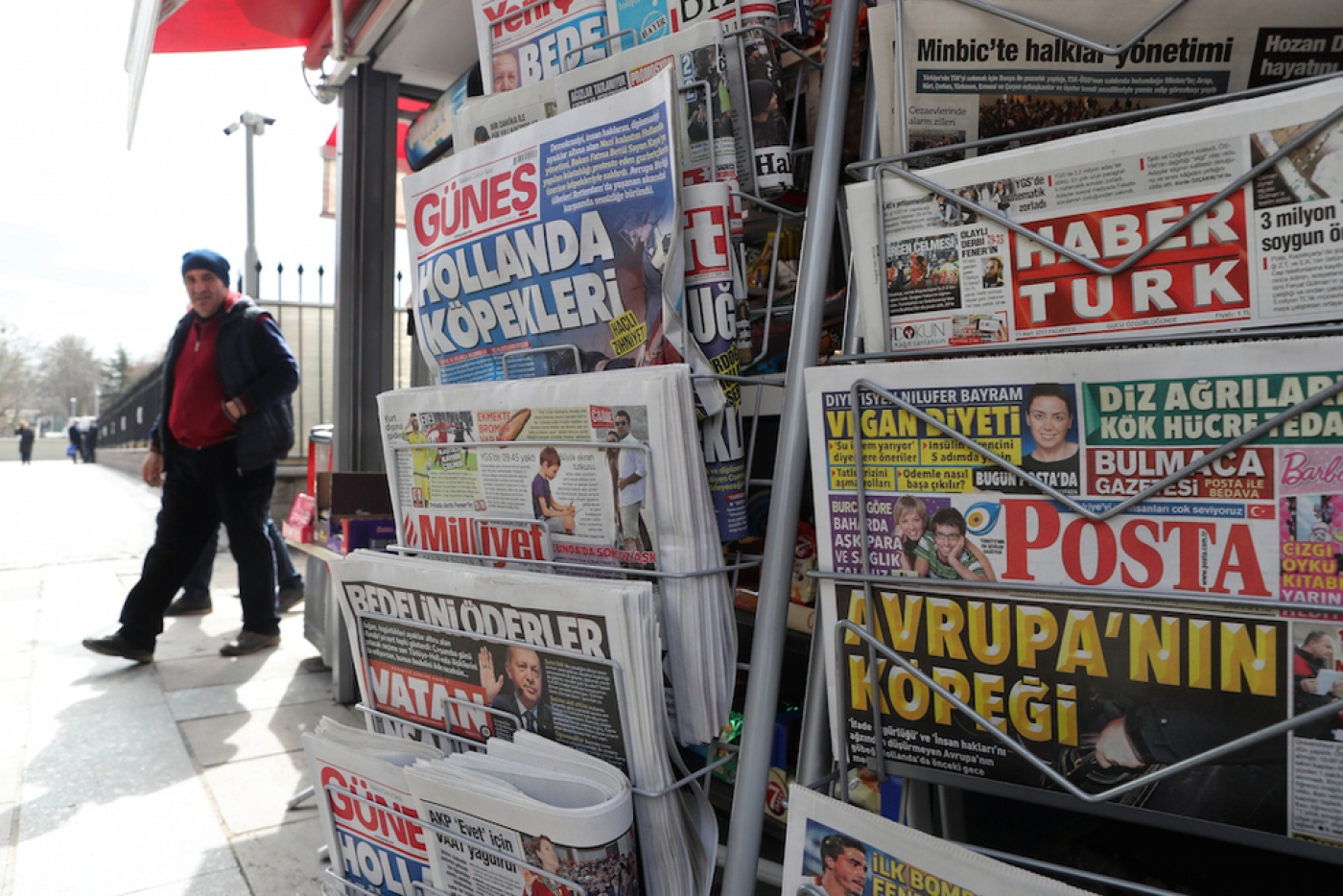 The Dutch prime minister on Tuesday slammed Turkish President Recep Tayyip Erdogan after he said the Dutch "character" was "broken" over the 1995 Srebrenica massacre.

"He (Erdogan) continues to escalate the situation," Mark Rutte told Dutch news TV channel RTL Nieuws, adding "it's a repugnant historical falsehood", as a diplomatic row between The Hague and Ankara reached a new low point.

Speaking in Ankara, Erdogan touched a raw nerve with the Dutch when he recalled the 1995 Srebrenica massacre in Bosnia, where lightly armed Dutch peacekeepers were overrun by Bosnian Serb forces and failed to protect Muslim refugees.
Almost 8,000 Bosnian Muslim men and boys were then massacred and their bodies thrown in mass graves in the biggest atrocity on European soil since World War II.

The incident caused the Dutch government's resignation in 2002 after it finally admitted that it could have done more - and the incident remains a source of national soul-searching to this day.

"The Netherlands and the Dutch, we know them from the Srebrenica massacre. We know how much their morality, their character is broken from the 8,000 Bosnians that were massacred," Erdogan said.

"We know this well. No one should give us a lesson in civilisation," he added.

But Dutch premier Mark Rutte hit back saying: "Erdogan's tone is getting more and more hysterical, not only against The Netherlands, but also against Germany."

"We won't sink to that level and now we're being confronted with an idiotic fact," Rutte said.

"It's totally unacceptable," he said.

In a dramatic escalation after the Netherlands prevented two Turkish ministers from holding rallies ahead of a referendum on strengthening presidential powers, Ankara said it was suspending high-level relations with the Hague in a raft of diplomatic sanctions.

Erdogan also lashed out at German Chancellor Angela Markel for "supporting terrorists" as she backed the Netherlands in the increasingly acrimonious standoff, prompting an exasperated response from Berlin.

The dispute risks harming Turkey's entire relationship with the European Union, which it has sought to join for the last half century in an agonisingly slow process.

Rutte on Tuesday said that Turkish sanctions against the Dutch government in the wake of a diplomatic clash were "not too bad" but were inappropriate as the Dutch have more to be angry about.

The sanctions include freezing all diplomatic communication but no economic measures.

"On the other hand, I continue to find it bizarre that in Turkey they're talking about sanctions when you see that we have reasons to be very angy about what happened this weekend," added Rutte, who faces elections on Wednesday.

Tensions have increased between Berlin and the Hague with Turkey after Erdogan repeatedly described the actions against Turkish officials as reminiscent of the Nazis.

His comments sparked particular outrage in the Netherlands, a country bombed and occupied by German forces in World War II.

The United States urged the Nato allies to resolve their row, with a State Department official saying "we'd just ask that they not escalate the situation any further and work together to resolve it."

But the Turkish foreign ministry hit back by saying: "The EU's short-sighted statement has no value for our country."

Paying no need to the EU's warning, Erdogan had bluntly told the German chancellor on Turkish television late on Monday: "Mrs Merkel, you are supporting terrorists."

In an interview with A-Haber television, he accused Berlin of not responding to 4,500 dossiers sent by Ankara on terror suspects, including those linked to Kurdish militants and the failed coup in Turkey last year.

"Mrs Merkel, why are you hiding terrorists in your country?... Why are you not doing anything?"

Erdogan went on, saying what was happening in Europe was "Nazism, we can call this neo-Nazism. A new Nazism tendency".

Merkel's spokesman described the accusations as "absurd", saying the chancellor had no intention of taking part in a "competition of provocations".

Turkey's EU affairs ministern Omer Celikn also said Ankara "should re-evaluate" a key part of a 2016 deal to stem the flow of migrants to the EU.

Deputy Prime Minister Numan Kurtulmus said after a cabinet meeting in Ankara that Turkey will not allow the Dutch ambassador to return until the Netherlands meets conditions over holding rallies.

Ambassador Kees Cornelis van Rij is currently outside of the country, and business is being handled by the Dutch charge d'affaires.

Kurtulmus added: "Until the Netherlands compensates for what it has done, high-level relations and planned meetings at a ministerial and higher level have been suspended."

He said Turkey expected an administrative and legal investigation into the events over the past few days, including the use of police officers on horseback and dogs to regain control after a protest outside the Turkish consulate in the city of Rotterdam.

The move by the Netherlands to block the rallies by Turkish ministers comes as Rutte prepares to face the far-right populist Geert Wilders in a general election on Wednesday.

Turkey is also gearing up for a key 16 April poll to decide whether to approve constitutional changes that would create an executive presidency, boosting Erdogan's powers.

In a bid to woo support, Turkish officials have sought to address millions of citizens living in Europe, where a majority have traditionally supported the ruling party.

In Germany, there are over 1.4 million Turkish citizens eligible to vote while there are nearly 250,000 in the Netherlands based on official figures from November 2015. 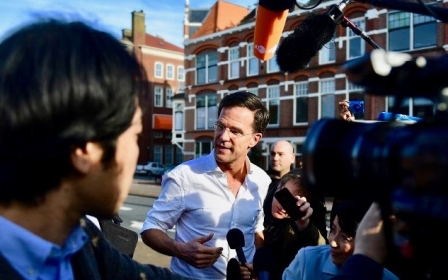 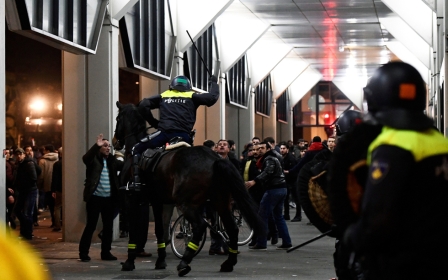 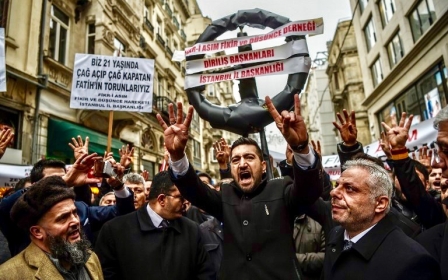