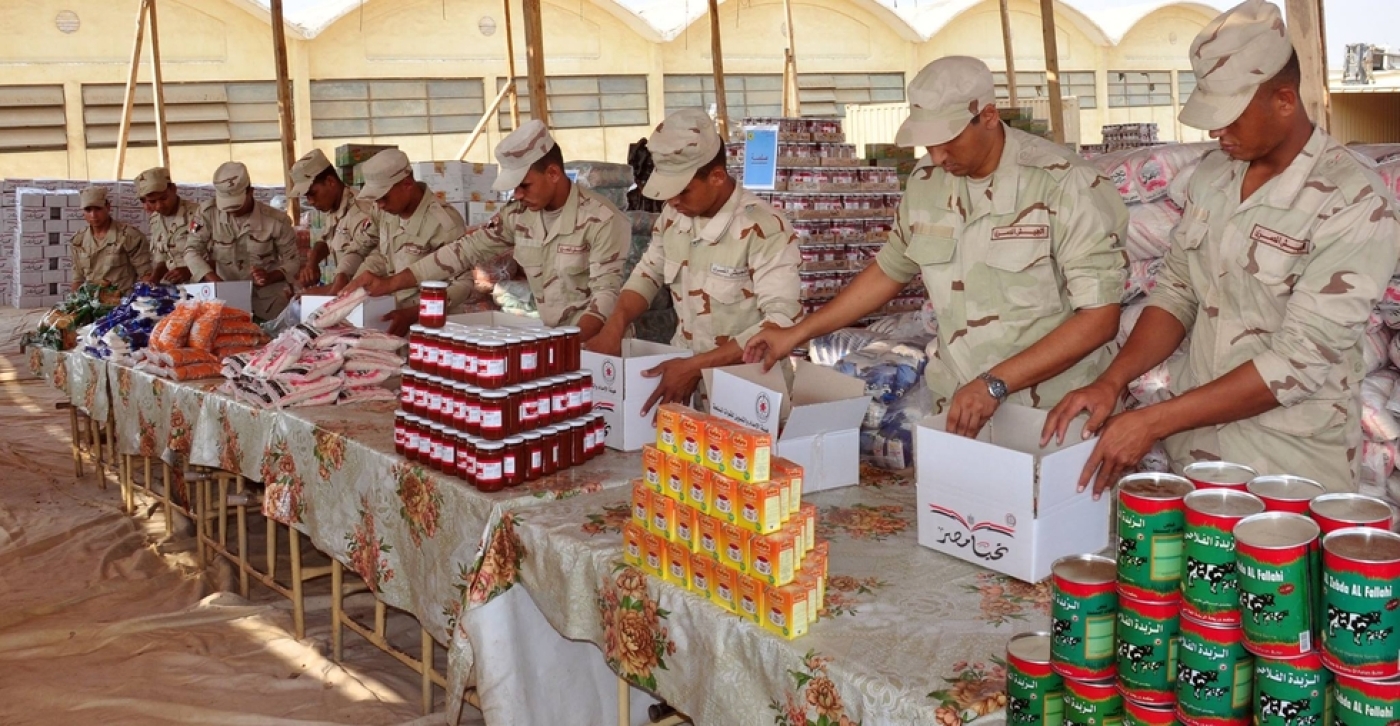 The Egyptian army has prepared eight million “ration” packages of basic food items to be distributed at half price across the country amid a growing cash crisis.

The items were placed in boxes bearing the phrase “Long live Egypt”, which president Abdel Fattah al-Sisi used as his election slogan during the 2014 campaign.

“This is done out of the state’s desire to join with the Egyptian people and lessen the burden on their shoulders,” the state-run al-Ahram newspaper said, quoting the Sedki Sobhi.

It is unclear where the goods have come from, although the statement said that distributions had been coordinated with “the local market”.

The boxes were then packed into hundreds of army trucks to be distributed throughout the country.

The largest portion – 400,000 boxes - is to be distributed in the Central Military Region, one of four administrative regions into which the armed forces divide the country.

The Central Military Region includes the capital Cairo, which is home to close to eight million people.

Each box is to be sold for 25 Egyptian pounds ($2.80), at what the government says is half of its usual price.

Pictures of the first distribution, in the Cairo suburb of Dar Essalam, showed dozens of people queuing up around one of the trucks waiting for the food parcels.

The measures come as Egypt’s administration faces down a cash crisis that has left millions of people struggling to afford basic items, and has led to street protests and unrest.

Egypt's Supreme Investment Council on Tuesday approved a host of measures to boost investment, extending a suspension of capital gains tax on shares and introducing tax exemptions for producers in strategic sectors.

Egypt has been trying to attract investment to restore growth since an uprising in 2011, which ushered in protracted political turmoil and scared away tourists and foreign investment - its main sources of hard currency.