Egypt hangs 15 over attacks on security forces in Sinai 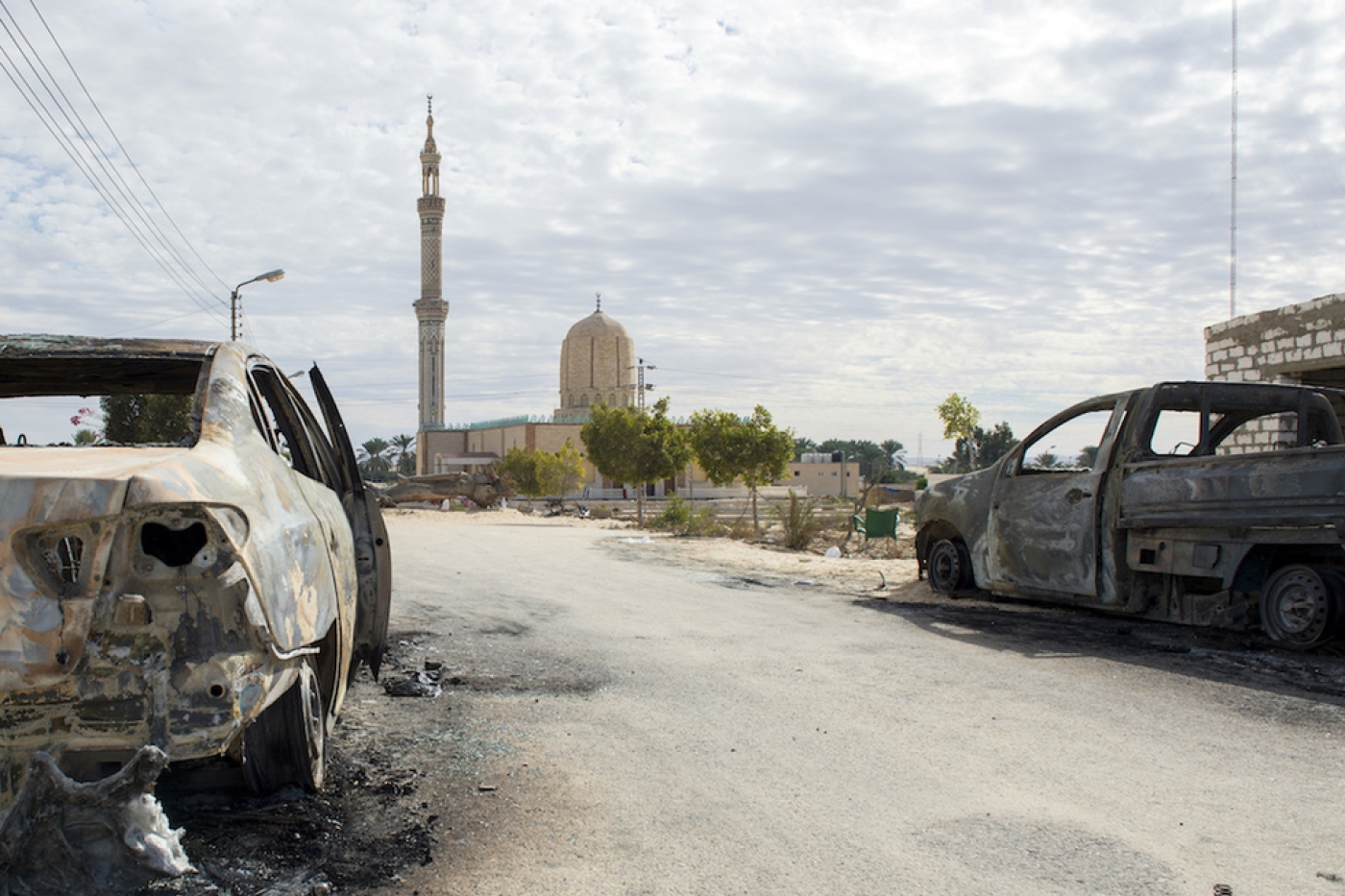 The Rawda mosque, roughly 40 kilometres west of the North Sinai capital of El-Arish, after a gun and bombing attack (AFP)
By
MEE and agencies

The men were hanged in two prisons where they had been held since being sentenced for the attacks in the restive Sinai where militants are waging a campaign.

It was the largest mass execution carried out in the North African country since six convicted militants were hanged in 2015.

The hangings come a week after the Islamic State (IS) group attacked a helicopter with an anti-tank missile at a North Sinai airport as the country's defence and interior ministers were visiting.

The ministers were unhurt in the attack, but an aide to the defence minister was killed along with a pilot.

On Sunday, nine people suspected of belonging to a cell behind attacks in the Sinai Peninsula were killed during a police raid in northeastern Egypt, according to the interior ministry.

The cell based in Sharqiya province was implicated in attacks on "security posts and military apparatus in North Sinai, which killed many members of the armed forces and police force", the ministry said in a statement.

Members were also accused of plotting other attacks on vital infrastructure in the region, it added.

Police found automatic rifles and ammunition during the raid on a site that had been used as a weapons and explosives training centre.

Egyptian security forces have been increasingly targeted by militants since the army overthrew Islamist president Mohamed Morsi in 2013.

A campaign by an Islamic State group affiliate based in North Sinai has killed hundreds of police and soldiers, as well as civilians.