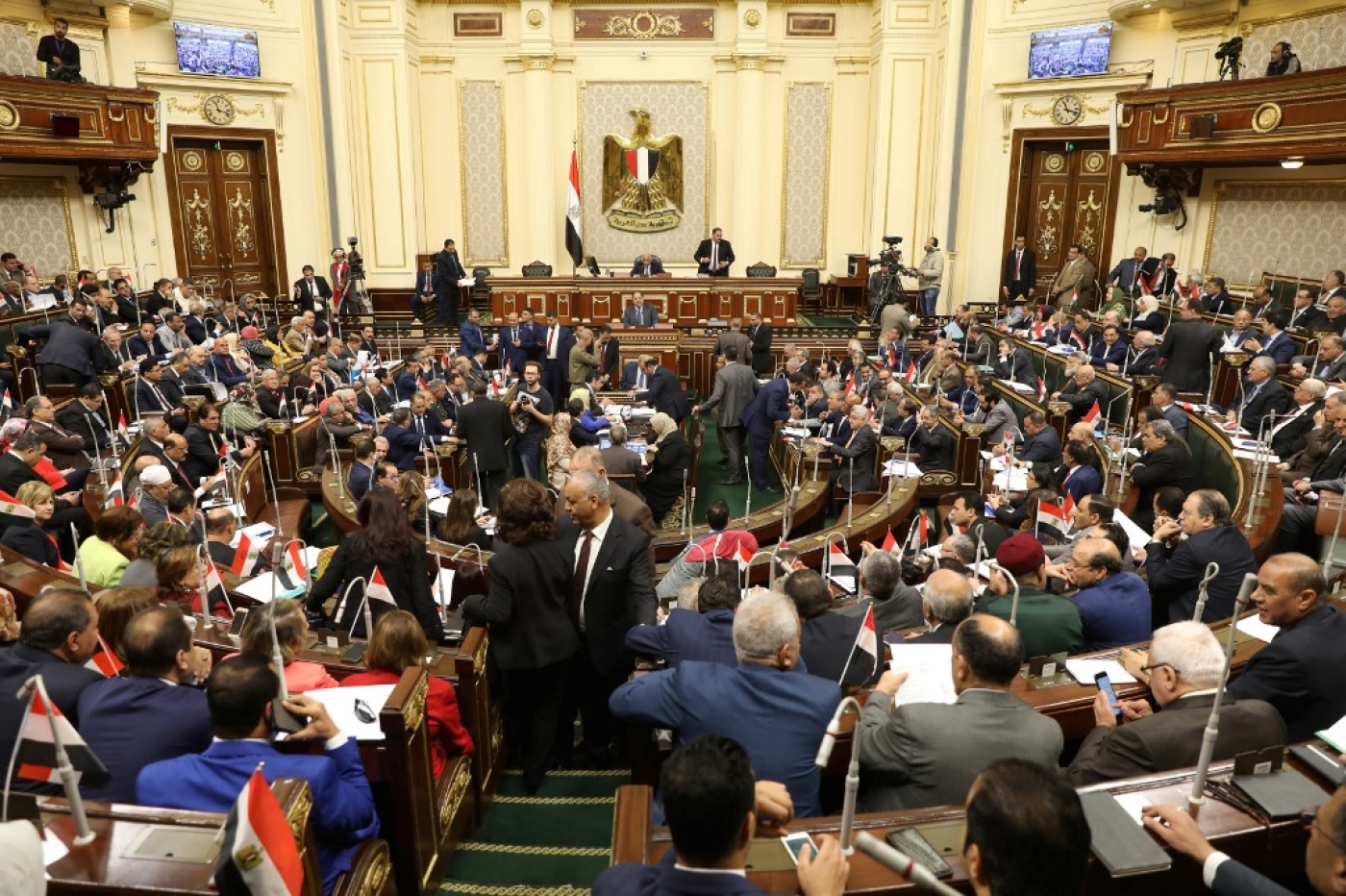 Egypt's parliament approved amendments that will give President Abdel Fattah el-Sisi and his supporters greater influence over the chamber in elections expected later this year.

The approved amendments mean that 50 percent, up from 20 percent, of those elected to the 596-member House of Representatives will now be chosen through a closed list of political parties, with the rest elected as individual candidates.

All parties on the closed list are part of a pro-Sisi coalition, and the president's right to appoint up to 28 members of parliament remains unchanged under the new changes.

The Egyptian parliament also approved an amendment for electing a second chamber, or Senate, established through constitutional amendments last year.

The Senate chamber will serve as a 300-seat advisory body, of which 100 members will be elected through a closed-list system and another 100 will be elected as individuals. The remaining 100 seats will be appointed by Sisi.

The members of parliament who introduced the changes said they would help achieve greater representation by giving 25 percent of seats to women and grant more representation to other groups, including Coptic Christians, farmers and people with disabilities.

"We believe that doing elections with the absolute closed-list system is rigging the will of the people," Haitham al-Hariri, a member of the opposition bloc, told Reuters.

While no dates have been set for elections to the two chambers, parliament's current five-year mandate expires in January 2021.

Last year, constitutional amendments allowing Sisi to stay in office till 2030, expanding his power over the judiciary and bolstering the military's role were approved by referendum.

Supporters said Sisi had stabilised Egypt and needed more time to complete economic reforms. Critics feared a further narrowing of the space for dissent and opposition after a wide-ranging crackdown.

Egypt has also been under a perpetual state of emergency for almost four decades, with a brief interval in 2012.

Sisi extended the state of emergency on 28 April for another three months, marking the 12th time it has been renewed since April 2017.