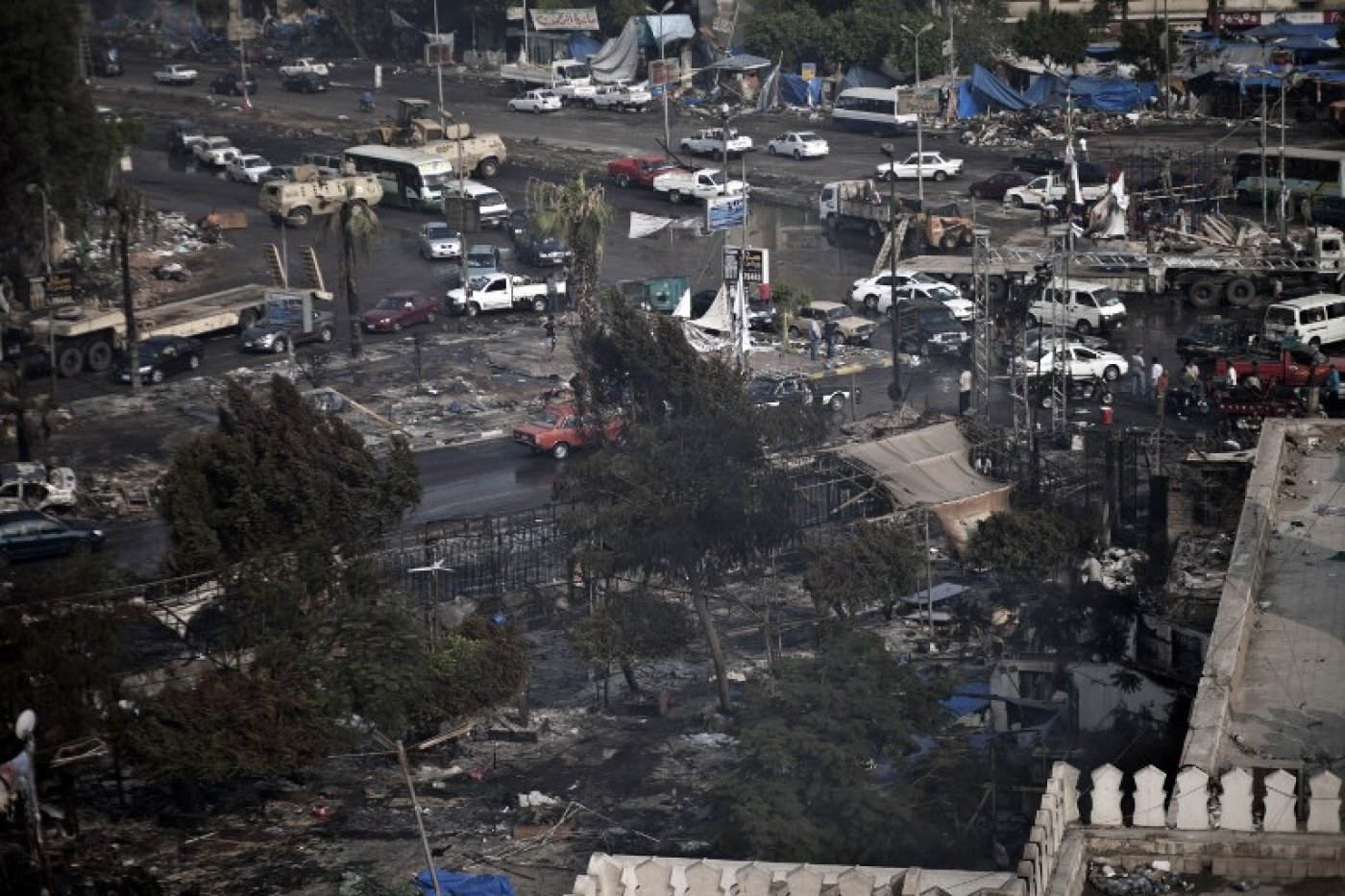 Rabaa al-Adawiya Square in Cairo, a day after a bloody crackdown on the protest camps of Mohamed Morsi supporters (AFP)
By
MEE and agencies

In a statement released Wednesday by the Cabinet, the government said that the square, which hosted a major sit-in in support of ousted president Mohamed Morsi, will be named after Barakat, who was killed on 29 June in a deadly car bombing in eastern Cairo.

Hundreds of pro-Morsi demonstrators were killed when security forces violently dispersed their protest camps in the square and in Giza's Nahda Square on 14 August 2013, only weeks after the military ousted Morsi, Egypt's first popularly elected civilian president.

The dispersal of both protest camps that day left 632 people, including eight policemen, dead, according to the National Human Rights Council, although other groups said the death toll was higher.

The National Alliance for the Defence of Legitimacy, Morsi's main support bloc and the sit-in's main organiser, said thousands were killed when the camp was broken up.

In a report based on a year-long investigation, Human Rights Watch said last year that at least 817 demonstrators were killed in Rabaa and 87 in Nahda and noted that police and army personnel used, among other weapons, armoured personnel carriers, bulldozers and snipers when they dispersed the camp.

The government responded to HRW's report saying it was politicised and biased.