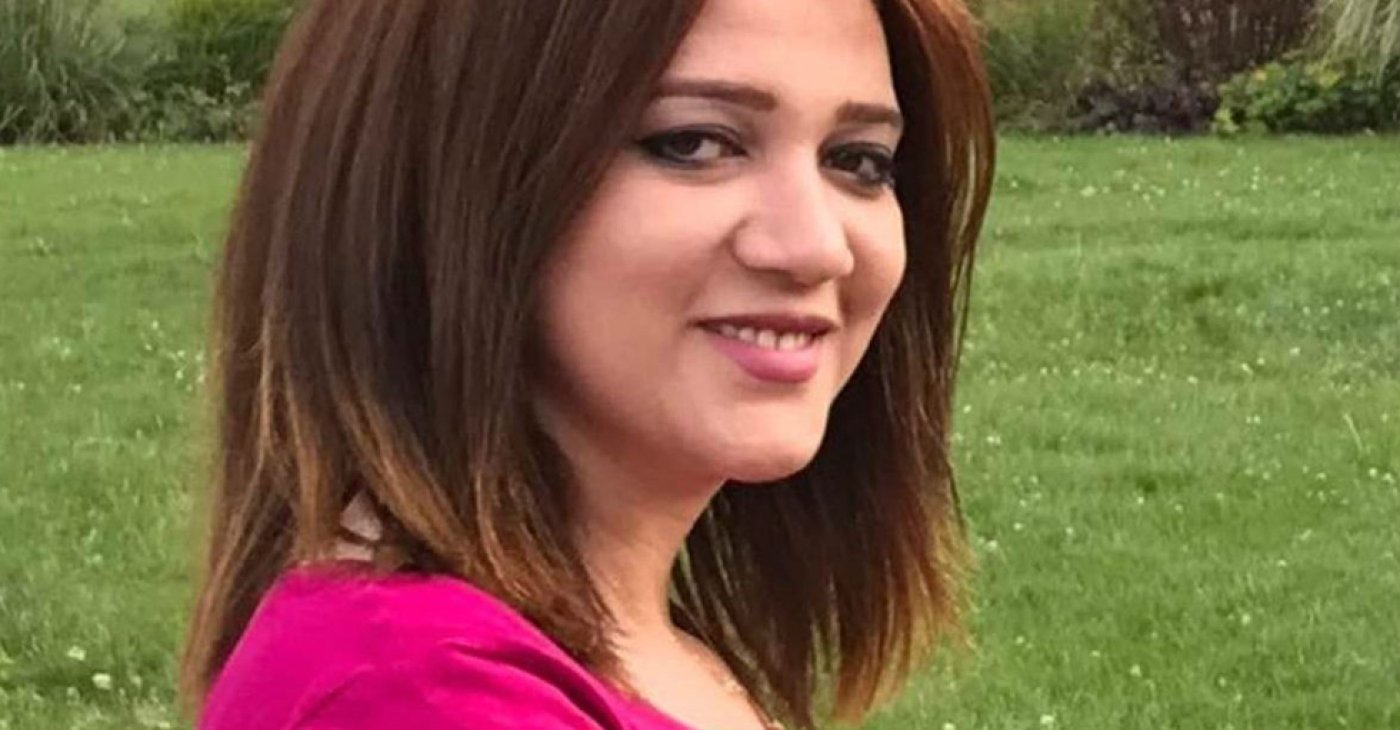 Two days after the Facebook post, police stormed and searched Fathy's home in Maadi in Cairo (Amnesty International)
By
MEE and agencies

The Egyptian activist Amal Fathy, who posted a video on Facebook alleging sexual harassment, has been given a two-year suspended jail sentence on charges of spreading false news and possessing indecent material.

Fathy, who has already spent 141 days in prison, was sentenced on Saturday to one year in jail for each charge, and given a fine of 10,000 Egyptian pounds ($560) for making "public insults".

"We will challenge the ruling," her lawyer Doaa Mustafa told the AFP news agency, adding that Fathy could pay 20,000 Egyptian pounds ($1,120) to have her sentence suspended.

However, Fathy is still in detention awaiting trial in another case in which she is accused of "membership in a terrorist group", her lawyer added.

In the 12-minute video uploaded in May, Fathy explained how she was sexually harassed twice on the same day and criticises the Egyptian government for its lack of progress on addressing the issue.

In the first instance, she says, she was harassed by a taxi driver who "kept adjusting his mirror to look at me and made disgusting comments towards me".

Fathy, 33, also describes how a bank adviser sexually harassed her while trying to sort out a credit issue.

"We were better off 70 years ago," she says, adding that "women used to walk around in miniskirts and if someone was to even look at her, she could just call an officer and they would take him to court.

"It's infuriating, those that blame the way that women dress. Women dressed the same way 70 years ago, this didn’t happen then."

On 11 May, two days after the post, police stormed and searched Fathy's home in Maadi in Cairo.

She was then held at Maadi police station in Cairo, along with her husband and three-year-old child, who were both later released.

Fathy was charged with "disseminating a video on social media to publicly incite overthrowing the government"; "publishing a video that includes false news that could harm public peace"; and "misusing telecommunication tools".

Speaking after the sentencing on Saturday, Najia Bounaim, Amnesty International's North Africa Campaigns Director, said: "Amal Fathy is now facing a disgraceful sentence simply for her courage to speak out against sexual harassment.

"This is an outrageous case of injustice, where the survivor is sentenced while the abuser remains at large.

"She is a human rights defender and sexual harassment survivor, who told her truth to the world and highlighted the vital issue of women's safety in Egypt.

"She is not a criminal and should not be punished for her bravery."

In a second trial, Fathy faces allegations of "using a website to promote ideas calling for terrorist attacks"; "intentionally disseminating false news that could harm public security and interest"; and "belonging to a banned group".

The allegations of "belonging to a banned group" are related to Fathy’s membership of the April 6 Youth Movement, which played a significant role in organising the 2011 uprisings against then-Egyptian President Hosni Mubarak. The movement was banned by Egypt's court of urgent matters in April 2014.

A United Nations report in 2013 said that 99.3 percent of women in Egypt have experienced some form of sexual harassment.

On Friday, seventeen UN human rights experts criticised Egypt for its use of anti-terrorism laws to detain activists fighting for women's rights and against fraud, torture and extrajudicial killings.

The experts' joint statement, unusual for attracting such a large number of signatories, named activists who had been detained for months,  and highlighted Fathy's case.

"We are gravely concerned at the human rights defenders' prolonged periods of detention, reportedly arising from their peaceful and legitimate defence of human rights," they said.

The 17 independent experts all investigate rights for the UN Human Rights Council, which wrapped up a three-week session on Friday without any scrutiny of Egypt.

"The systematic targeting of human rights defenders is yet another indication that the Egyptian government is operating a zero-tolerance approach to dissent, which is often suppressed under the pretext of countering terrorism," they said.

Inside Egypt
Egypt's Sisi faces backlash against removal of the Quran from school textbooks
Inside Egypt
Egyptian student at Austrian university detained without charge in Cairo
Covid-19
Egypt: Student anger over in-person exams despite Covid-19