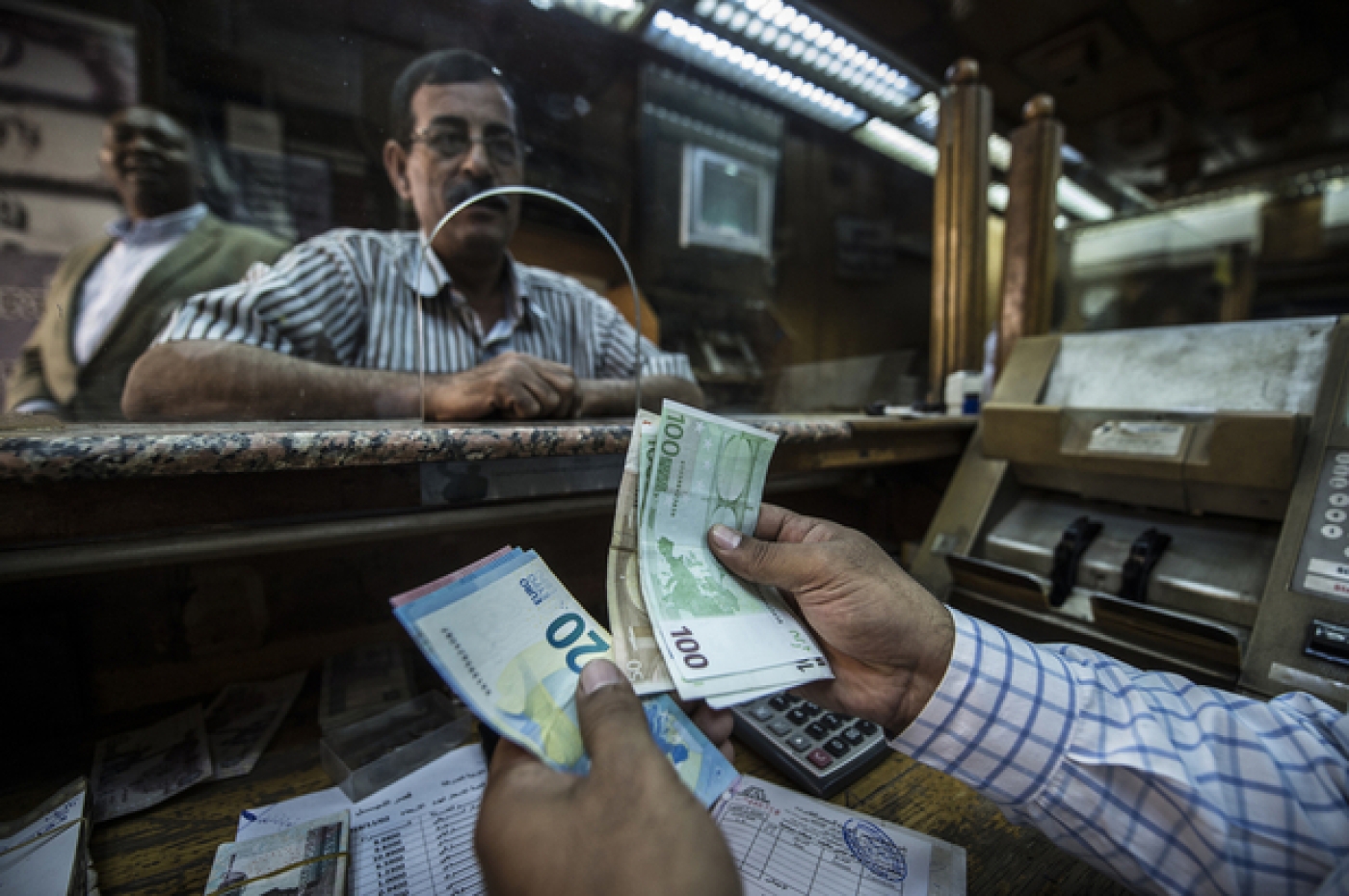 Egypt's annual inflation rate has soared to 23.3 percent, with prices of food, healthcare and transport all costing more despite interest rate increases following the decision to unpeg the national currency from the US dollar.

Figures from Egypt's official statistics agency said on Tuesday that annual urban consumer price inflation had jumped for the second month since the pound was floated last year to reach 23.3 percent in December from 19.4 percent in November, the body said on Tuesday.

Egypt abandoned its currency peg of 8.8 Egyptian pounds to the US dollar on 3 November - a dramatic move that has since seen the currency's value fall by roughly half. It accompanied the move with a 300 basis point interest rate rise to fight inflationary pressures.

Despite that measure, inflation is rising sharply and is expected to climb further this year as the government pushes on with economic reforms, including fuel subsidy cuts and the implementation of a value-added tax (VAT), that helped it secure a $12bn International Monetary Fund loan programme.

In cities and towns, food and beverage inflation touched 28.3 percent in December. Healthcare inflation stood at 32.9 percent while transportation was 23.2 percent. President Abdel Fattah al-Sisi is under increasing pressure to revive the economy, keep prices under control and create jobs to avoid a backlash from the public.

Sisi predicted last month that the Egyptian pound would strengthen in the coming months and promised to ensure basics were available and affordable.

The government has expanded its social security network and some 70 million Egyptians have access to state-subsidised bread.

READ: The case of the disappearing money - or how Egypt descended into economic crisis

Egypt's non-oil business activity shrank for the 15th consecutive month in December as inflation caused purchase costs to rise at a near-record pace.

The monetary policy committee is due to meet again on 16 February.

Thousands of importers have been caught out by the float in November leaving them with ballooning dollar debts.

"We've been handcuffed and thrown into the sea," businessman Mohsen al-Gedamy said in an interview with Egyptian newspaper al-Bawaba last week.

Gedamy has an overdraft amounting to $900,000. He had left collateral of around 8 million Egyptian pounds but since the float and rate hike the bank has demanded he pay another 8 million pounds.

Gedamy made a three-hour journey to Cairo from his hometown of Minya in Upper Egypt to explain to his bank that he cannot repay his debt at the new rate.

But he told al-Bawaba that his bank had already taken legal action and that he could face imprisonment.

Gedamy, like many other importers, says his predicament will worsen shortages of essential goods in Egypt.