On the fifth anniversary of the start of Egypt's uprising, protesters in Giza gathered from smaller, scattered demonstrations 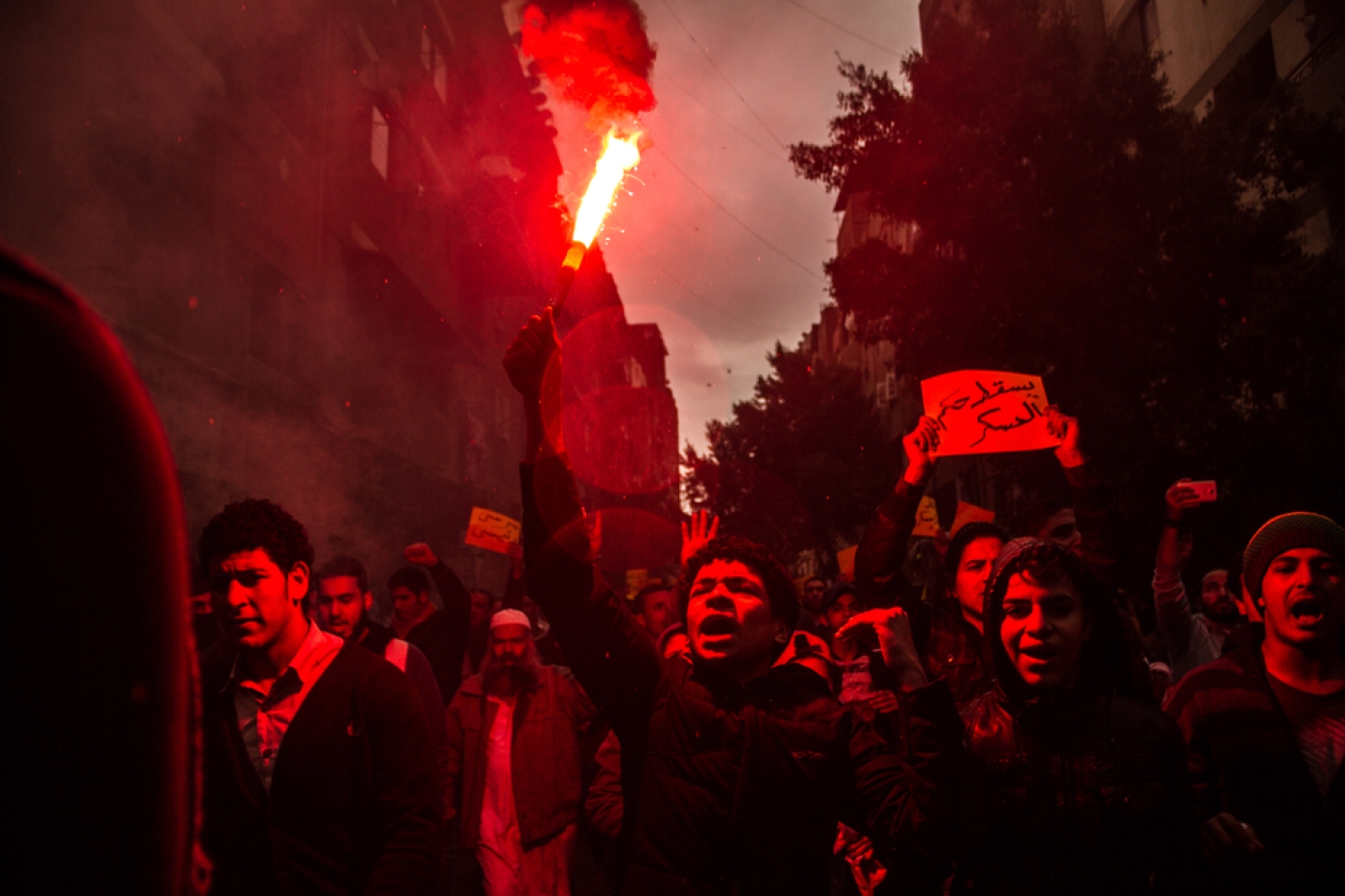 'We are here, and we will always be here, until we gain the freedom of our country,' one protester said on Monday (MEE)
By
(not verified)

CAIRO – It was clear from the early morning hours that this Monday wasn’t like any other Monday in Egypt.

On the fifth anniversary of the day that saw spontaneous protests erupt across the country, many in the capital, in contrast, stayed in their houses and took the day off work, leaving streets and subway cars empty.

The metro station at Tahrir Square was closed, again, and police cars circled the city with their sirens on.

But by noon, three protests, mostly made up of Muslim Brotherhood members or supporters, kicked off in the Giza governorate neighbourhood of Al Haram.

To avoid a security grip that has been tightened in recent weeks with the coming of the anniversary, protesters said they had to use different tactics than the ones they have used over the past two years.

Rather than gathering for one large protest in the same neighbourhood, around 1,000 demonstrators throughout Monday held three separate marches in different areas in an effort, they said, to keep security forces distracted.

“We have to be smarter than them,” said Haitham Ali*, a 46-year-old fugitive member of the Brotherhood who fled his house a year ago because of security issues.

“We can’t stand to be in clashes with the security forces. They are always the winners since they are the ones armed with guns and rifles,” he said, speaking in a back alley after the end of the first protest.

“The most important thing is to send a message to them and to the people that we are here, and we will always be here, until we gain the freedom of our country.”

Many of the chants – "People demand the downfall of the regime"; "Bread, freedom and social justice"; "Down with military rule" – were the same calls from 2011.

There were also Rabaa signs, referencing the massacre in August 2013 in which at least 1,000 protesters, mostly supporters of the Muslim Brotherhood, were killed during a forcible dispersal.

But there were no pictures of Mohamed Morsi, the ousted Muslim Brotherhood president, removed by the army in July 2013.

As protesters in the first march moved through the neighbourhood, bystanders smiled and flashed the Rabaa sign, and called down from their windows.

With security forces split and deployed to different areas around Al Giza, a bigger protest involving around 700 demonstrators started.

Police trucks and cars continued to roam the neighbourhood, looking for protesters and, just five minutes before the police arrived on the scene, the demonstrators shut down their march, disappearing in back alleys.

*A pseudonym was used to protect his identity 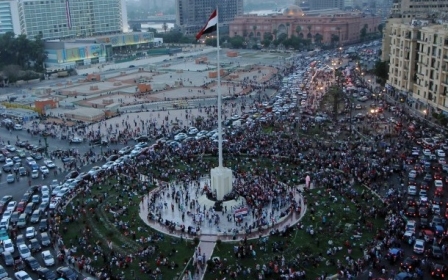 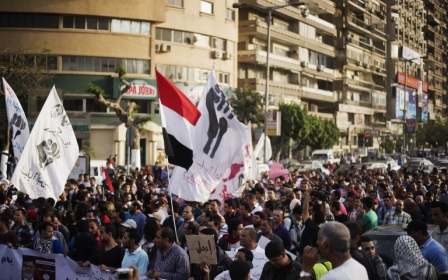