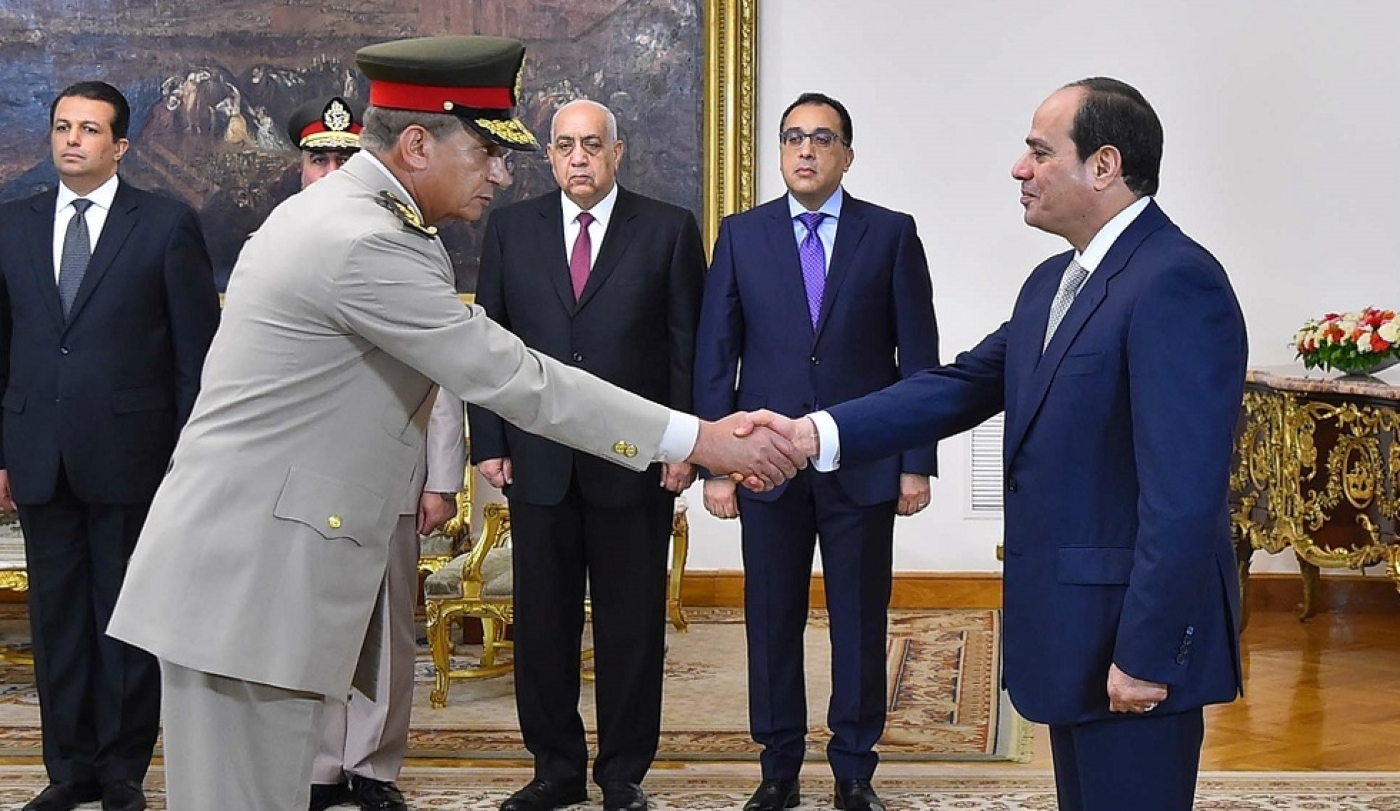 Lt. Gen. Mohamed Ahmed Zaki, a 62-year-old former paratrooper commander, was appointed by Egyptian President Sisi last week in a government reshuffle that saw 11 other newcomers promoted to the cabinet.

Zaki replaced Sedki Sobhi, who had held the post under Sisi since 2014 and was a former head of the Egyptian armed forces.

Analysts and former officials said the appointments suggested that Sisi, who was re-elected in March in an election in which he effectively ran unchallenged, was moving to consolidate his authority by rewarding those who had backed him so far.

One former senior official who worked in the presidential palace when Morsi was in office told MEE that Zaki had betrayed Morsi after being appointed commander of the Republican Guard, which is tasked with protecting the president.

“It is likely a reward for Zaki’s pivotal role in the coup,” said the official, speaking on condition of anonymity because of the sensitivity of the subject.

The official added that Zaki was “the person who actually did the coup”.

“He arrested the president and his team. They were held at an undisclosed military location for months, in what was considered an enforced disappearance by Human Rights Watch,” he said, referring to the New York-based rights organisation which has criticised the Egyptian government’s crackdown on the Muslim Brotherhood and its supporters.

Morsi won power in 2012 elections, following Egypt's 2011 revolution in which he was backed by the now-banned Muslim Brotherhood.

He was held at the Abu Qir naval base from July to November 2013 and is currently serving multiple jail sentences at Tora prison.

Morsi’s supporters have said the trials are politically motivated and based on unreliable witnesses and little evidence.

The official described Zaki as a “close friend” of Sisi. The pair are near contemporaries in the Egyptian army, graduating from military academy just one year apart in the late 1970s. Prior to 2011, he served as commander of the Egyptian army’s paratrooper units.

In January 2017, Sisi promoted Zaki to lieutenant general rank. He has been awarded several medals for his service, the last of which was a 30 June 2013 medal for assisting in the ousting of Morsi.

Analysts told MEE that Zaki’s appointment suggested that Sisi wanted to tighten his grip on power and remove potential rivals from his inner circle.

“Had Sisi not been worried about trust and loyalty, he would not have changed key positions like the defence and interior ministers,” said Dalia Fahmy, Middle East political analyst and associate professor of political science at Long Island University.

“Sisi is keeping all those closest to him even closer as a way to signal to the military that he is in control. This is a part of the pathology of authoritarian leaders,” she said.

Omar Ashour, a professor of security and strategic studies at the Doha Institute for Graduate Studies, said the reshuffle “reflects a consolidation of power of Sisi and the relative weakening of the regime’s other factions”.

Appointing a minister of defence from the Republican Guards rather than the military establishment is highly unconventional in Egypt.

Replacing Sobhi with Zaki, however, is consistent with Sisi’s policy of excluding powerful generals from the military hierarchy, Mahmoud Gamal, head of the military affairs research unit at the Egyptian Institute for Studies, told MEE.

Gamal said Sobhi had been the 33rd top military official to be sacked by Sisi since July 2013 and was perceived as a potential rival.

Zaki, on the other hand, is “a very close ally of Sisi”. Morsi’s appointment of Zaki as Republican Guards chief was reportedly based on Sisi’s recommendation, Gamal added.

“Sisi had planned to sack Sobhi since the high-level shakeup of military personnel in October 2017. The promotion of Zaki in January of the same year was likely a preparation for that,” Gamal told MEE.

However, sacking Sobhi in October 2017, along with General Mahmoud Hegazy, the then-head of the armed forces, would have been portrayed as “a massacre of military leaders,” said Gamal. 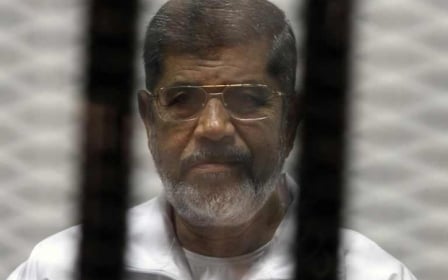