In Egypt's Rafah, residents question the logic of demolitions Children in Rafah play among their family's furniture, scattered across a lot after they evacuated from their homes (MEE)
By
MEE correspondent

Much of what remains is rubble and people’s memories as you drive along Rafah’s border area, where Gaza and Israel are only a few metres away.

Last week, the Egyptian army began demolishing over 800 houses in Rafah to create a buffer zone at least 500 metres long and that could reach up to 5 kilometres, North Sinai’s governor has said.

It came in response to the killing of 31 soldiers in Arish, North Sinai’s capital city, on 24 October. The army has accused militants along the Rafah-Gaza border of using tunnels underneath or near people’s homes to smuggle weapons that they then use against the Egyptian state.

The Egyptian government has in the past accused the Islamist movement Hamas, which runs Gaza, of aiding militants in the Sinai. It’s a charge Hamas denies.

For many ordinary people the collateral damage of displacing people and demolishing homes is a high price to pay.

“This is collective punishment,” said Shaimaa Musallam, a lawyer from Rafah. For Musallam, a 5 kilometre buffer zone would mean the loss of her father and relative’s lands.

“There’s no amount of compensation that could ever be enough for this. No financial compensation can bring you back your home,” she told Middle East Eye.

Local residents were given 48 hours to evacuate, not giving many enough time to find alternative accommodation and move their belongings, Rafah residents told MEE. Some have gone to the areas of Rafah that have not been demolished yet, while others have been forced to reside in Arish, or the neighbouring governorates of Sharqeya and Ismailia.

The army is offering the over 1,000 families affected by displacement an initial payment of 300 Egyptian pounds ($41.5) per month for three months’ rent. Many have said this is not enough.

In Arish, some landlords have more than doubled the price of rent to 1,000 Egyptian pounds ($139.84) per month due to high demand, residents said.

North Sinai’s mostly Bedouin population has long suffered from mistrust by the Cairo-based government with police harassment, policies of discrimination and economic deprivation beginning under Hosni Mubarak, Egypt’s former president who was ousted in a 2011 uprising.

North Sinai’s towns of Rafah, Sheikh Zuwayed and El Arish are home to 40,000 Palestinians, according to Chatham House. Goods worth as much as $700 million, some prohibited by Israel, used to pass through the tunnels annually, according to the International Crisis Group.

The Egyptian army has been using a number of tactics to close the smuggling tunnels, including flooding them with sewage in early 2013. Since the army-led ouster of former president Mohamed Morsi in July last year, 80 to 90 percent of smuggling activity has been reduced, Gaza’s deputy economic minister Hatem Owida said.

Rafah’s residents have mixed feelings about the army’s evacuation and demolition orders with some seeing it as a necessary means to crackdown on militancy, while others point out that attacks have continued.

“Displacing people is a double-edged sword,” Mohamed Ishta, a resident of the Rafah border area, said. “The positive side is cracking down on terrorism, but the economic consequences will be dire.”

“Where will we go? Who will provide for our living needs,” Ishta asked. “We will need new schools, hospitals, jobs, markets, and services. All of this while the government is suffering economically, in addition to the danger of leaving Sinai like a corpse, which is what the Zionist enemy wants.”

Israel, commonly referred to as “the Zionist enemy” amongst various sectors of society in Egypt, waged a war on Gaza this summer that left over 2,100 people dead. Many in the Egyptian side of Rafah have familial connections across the border.

For Musallam, the army’s buffer zone strategy is a failed one.

“For over a year now the army has been trying to combat these militants, and still the attacks have continued, even until yesterday,” she said.

On 4 November, an explosion went off by the governorate’s headquarters in Arish caused by two mortar shells. No injuries were reported.

“This is despite an ongoing curfew from 5pm to 7am,” Musallam said. “What’s wrong with the government’s strategy? I don’t know. But the demolitions are illogical. Attacks are still happening.”

Reporting by an MEE contributor whose name was witheld for security reasons with additional reporting by MEE staff. 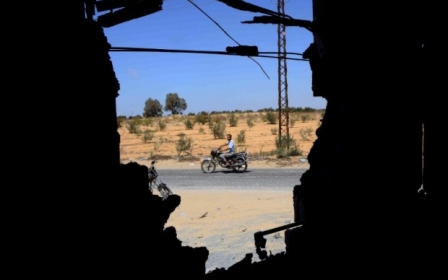 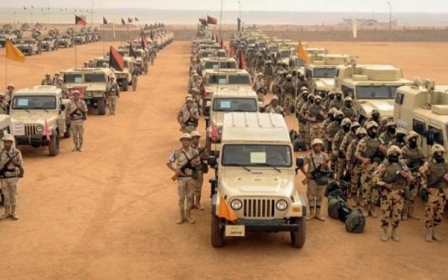 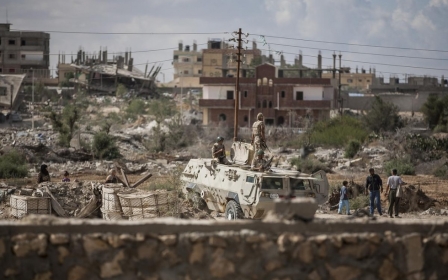