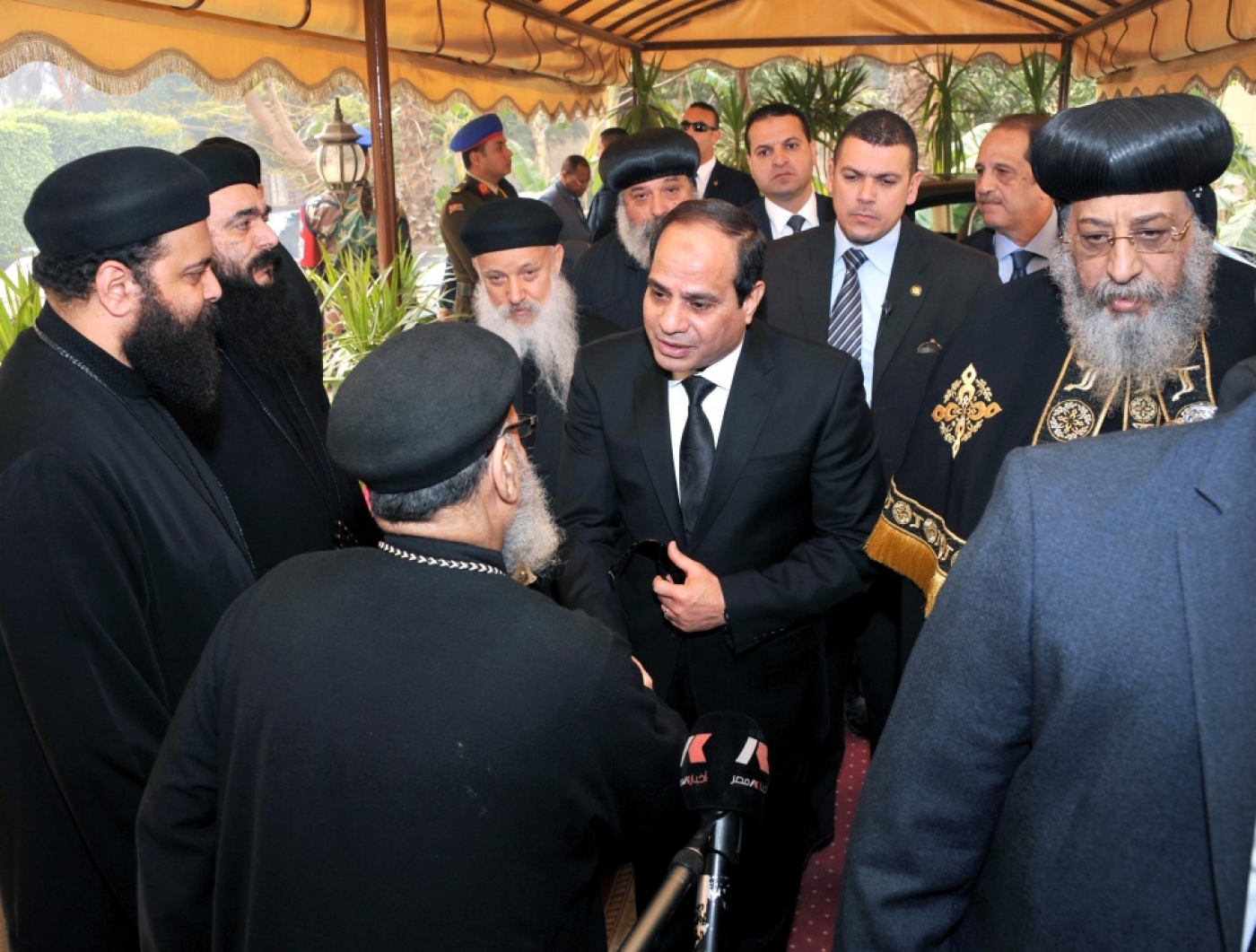 The shocking murder of 21 Egyptian Coptic Christians in Libya, claimed by the Islamic State (IS) group, has seen President Abdel-Fattah al-Sisi’s Egypt respond in kind with airstrikes and calls for full-scale military intervention in the troubled but oil-rich North African nation.

Yet, with limited airpower, and the challenges of an ongoing Libyan civil war, analysts are warning President Sisi against an intervention that appears to have little support in the West and will likely fail to meet any of its objectives. Instead, Libyans are being urged to unite and construct stable public institutions capable of dealing with a still limited, if dangerous, threat from IS.

Following Egyptian attacks on the IS-stronghold of Derna in eastern Libya on Monday, which killed at least six civilians, President Sisi urged the United Nations (UN) to provide a mandate for wider military intervention.

“There is no other choice, taking into account the agreement of the Libyan people and government and that they call on us to act,” he told France’s Europe 1 radio in an interview broadcast on Tuesday.

“We have to work together to defeat terrorism.”

Western intervention 'off the table'

The UN Security Council will meet on Wednesday to discuss the situation, however, a joint statement issued on Tuesday by the United States, United Kingdom, France, Italy, Germany and Spain suggested military intervention is off the table for now.

“The heinous murder of 21 Egyptian citizens in Libya by IS-affiliated terrorists once again underscores the urgent need for a political resolution to the conflict in Libya,” read the statement. “The international community is prepared to fully support a unity government in addressing Libya’s current challenges.”

Since the 2011 NATO-backed overthrow of Muammar Gaddafi, Libya has been in the midst of severe civil strife. There is now a full-blown civil war across the country.

The internationally recognised government of the House of Representatives (HoR) has been forced to relocate to the eastern town of Tobruk and former Gaddafi general Khalifa Haftar is leading their forces. Tripoli is under the control of the Misratan Led Alliance of Libya Dawn and the defunct General National Congress (GNC) has been reconvened to form a “national salvation” government opposing the Tobruk-based parliament.

The HoR has called for international strikes against IS in Libyan territory while the GNC denounced Egypt’s incursions in Derna as a “violation of Libya’s sovereignty”.

In this power vacuum militancy has flourished and the IS group has a Libyan franchise that has carried out attacks in the capital as well as killing the 21 Egyptian Copts.

Egyptian officials have warned that inaction in Libya will lead to “boats full of terrorists” arriving in Europe.

“You know how far Sirte is from Italy? It’s 300km,” said Egypt’s ambassador to the UK Nasser Kamel.

“Those boat people who go for immigration purposes and try to cross the Mediterranean […] in the next few weeks, if we do not act together, they will be boats full of terrorists also.”

With thousands of people dying in the treacherous journey from Libya to Europe, many drowning at sea after unsafe boats are sunk, analysts played down the threat and said the Egyptian ambassador was “playing into European fears of IS and mass immigration.”

“If I want to attack the Vatican, I want to die in the Vatican, not in the Mediterranean Sea,” said Mattia Toaldo, visiting fellow at the European Council on Foreign Relations.

While the ambassador’s comments may overplay the threat of IS militants travelling by boat to Europe, they do emphasise a strong desire in Egypt to launch a full-scale military campaign in Libya.

President Sisi has been dabbling with intervention in Libya for at least a year – with many journalists in Cairo having supported his calls for a bombing campaign – and he is said to have aided rumoured airstrikes by the United Arab Emirates (UAE) against Libya Dawn targets in the capital last August.

The Egyptian leader’s interests in Libya are diverse and range from fighting militancy in the eastern province of Cyrenaica to protecting migrant Egyptian workers as well as cosying up to General Haftar and fostering a relationship with him that may yield financial rewards in the future.

“Egypt has numerous economic problems,” said Wolgang Pusztai, a security and policy analyst. “Sisi of course has an interest to have a friendly neighbour in Libya to get benefits from their natural resources – in particular oil.”

Libya has the largest oil reserves in Africa and they have been put in peril by the civil war. Hydrocarbon revenues account for 95 percent of state revenue but oil output has plummeted in the instability since the 2011 uprising against Gaddafi.

In 2013, when the Muslim Brotherhood’s Mohammed Morsi was president of Egypt, the Islamist-leaning GNC in Tripoli reportedly approved a deposit of $2bn to aid their ideological brother in Cairo.

Now, with the fiercely anti-Islamist Haftar battling for supremacy in Libya, President Sisi has an investment in aiding the general to win the civil war so financial assistance may flow once more to Egypt.

“There is an ideological convergence between those in Tobruk and Cairo – this has increased the Egyptian desire for intervention,” said Toaldo.

A million Egyptian workers in Libya

Beyond economic incentives President Sisi is also interested in fighting a war in Libya to reduce militancy in Cyrenaica, home to some of the most fertile Libyan lands as well as large numbers of Egyptian migrant workers.

These migrant workers, estimated to number more than a million, predominantly hail from poor communities in Egypt and, should they be forced to return home, would likely add to a bulging out-of-work population.

Those workers now face heightened risks working in Libya after the killing of the 21 Copts coupled with President Sisi’s bombing of Derna.

“Even without a wider intervention these people are in danger,” said Amr Khalifa, an Egyptian analyst and commentator. “This is a jungle now and there are no rules – this makes it difficult to assess the danger but there is clearly a high risk to the Egyptian labour force in Libya.”

In the event President Sisi were to go ahead with an intervention in Libya, his capacity to lead change on the ground will be limited by the Egyptian army and its military strength. Although the air force is due to be boosted by an agreement with France to purchase 24 Rafale fighter jets, Egypt’s ability to launch long-range attacks is restricted by not having the capacity to do air-to-air refuelling of their fleet.

“This means Egypt’s range for attacks is limited to around the location of Sirte,” said Pusztai, referring to the central Libyan town said to be the location of IS’s execution of the Copts.

“They also have a limited amount of precision laser-guided bombs and, providing they keep up the airstrikes, I predict their stock will run out quite soon.”

Pusztai, who served as Austrian defence attache to Libya between 2008 and 2012, explained that Egypt also lacks real-time intelligence to target militant leaders in Cyrenaica.

“The Egyptians only have human intelligence resources and no capability to collect real-time on-the-ground intelligence about terrorist leaders’ locations,” he said.

The UAE – a key ally of President Sisi – may step in to bolster Egypt’s military capacity in Libya and its ambassador to the US wrote on Monday that Abu Dhabi is prepared to take the “largest burden” in fighting the IS group.

Support from Saudi Arabia - another key ally of President Sisi – is not as clear under the new stewardship of King Salman. After the passing of Abdullah in January, who supported the popularly-backed military coup that brought former army chief Sisi to power, speculation has grown that the new king will take a different tact with both Egypt and the Muslim Brotherhood.

Purported leaks from the presidential office of Sisi, in which he is alleged to have insulted Gulf patrons who have given his administration over $12bn, led to the Egyptian president phoning Saudi Arabia, Kuwait and the UAE to restate his close relationship with them.

Egyptian commentator Khalifa doubted whether the reported fall-out over the leaks has been remedied by the phone-calls.

“Anyone who is well-versed in the giant egos of the Gulf sheikhdoms, which took a blow in the leaks, will know Sisi has a price to pay for what appear to be genuine recordings,” he said. “The price of Sisi acting as a muscleman in Libya might be one too high for the Gulf rulers.”

Saudi Arabia is yet to make clear its stance on military intervention in Libya, although the topic is likely to be raised at a meeting King Salman is hosting on Wednesday of 22 leaders involved in the anti-IS coalition.

The 79-year-old monarch’s purported change of policy toward the Muslim Brotherhood – declared a terrorist organisation by Riyadh in March 2014 – will be tested by his approach to Libya.

“Libya is the first time to see whether the policy change is speculation or something more substantive – it is also, perhaps, the best place to do it,” Toaldo said. “In truth the Libyan Brotherhood is not that strong compared with Tunisia or Egypt. A national unity government in Libya would very likely not include a large number of Islamists.”

Opposition to intervention in Libya is most likely to come strongly from Turkey and Qatar – who have supported forces allied with the Libya Dawn coalition – as well as Algeria.

President Sisi visited Algiers in June last year to try and convince his counterpart Abdelaziz Bouteflika to support combatting militancy in Libya, but it did not appear to be successful.

“Algeria has been clear the only solution to the situation in Libya is a political resolution,” said Kamel Mansari, an Algerian journalist.

“Algeria will try with the US, France, UN and EU to encourage the Libyan factions to talk with each other and begin to build stable institutions.”

Algeria and Tunisia beefed up their military presence along their border with Libya after the IS execution of Copts but both remain steadfastly opposed to military action.

Hopes for a political solution currently rest on the UN Support Mission in Libya (UNSMIL). Envoy Bernadino Leon has brokered talks that have brought together figures from all sides fighting in Libya’s civil war. Leon has stressed that finding “an agreement with all stakeholders should be a priority” and stated his belief that it is the only solution to the conflict.

More rounds of talks are expected to be arranged in the coming weeks and a former British ambassador to Libya said the aim now should be to bring more key actors to join the UN dialogue.

“They don’t have all the key players yet – there are various layers of authorities in Misrata, Benghazi, Tripoli and so on,” said Richard Northern, who served as the UK’s representative in Tripoli between 2010 and 2011 and is now director of the RN4 Consultancy. “The aim must be to draw more of those people in and that will help isolate extremists.”

“As progress is made in the talks more people will want to get involved as they will not want to be left out without any influence over the outcome of any potential deal.”

The urgent need for success in the UN-brokered talks was emphasized this week with news Libya Dawn forces carried out their first airstrike against opponents in the western town of Zintan, home to militias allied with the Tobruk-based HoR.

Military intervention may appear to be off the table for now among Western countries, but should the UN talks collapse former UK ambassador Northern said “we will need to think again” about taking action.

“But it’s still difficult to see how military force could have a positive impact, even then,” he cautioned. 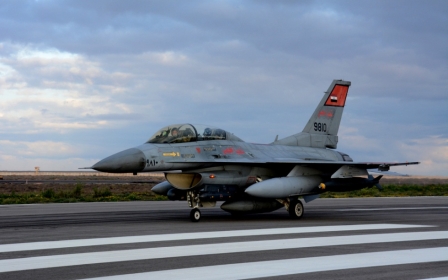 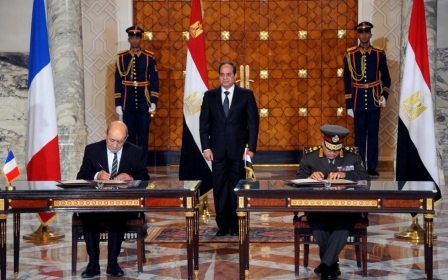