Nearly half of Israelis supported Israeli soldier's killing of the wounded Palestinian in Hebron, for which he received 18 months in jail 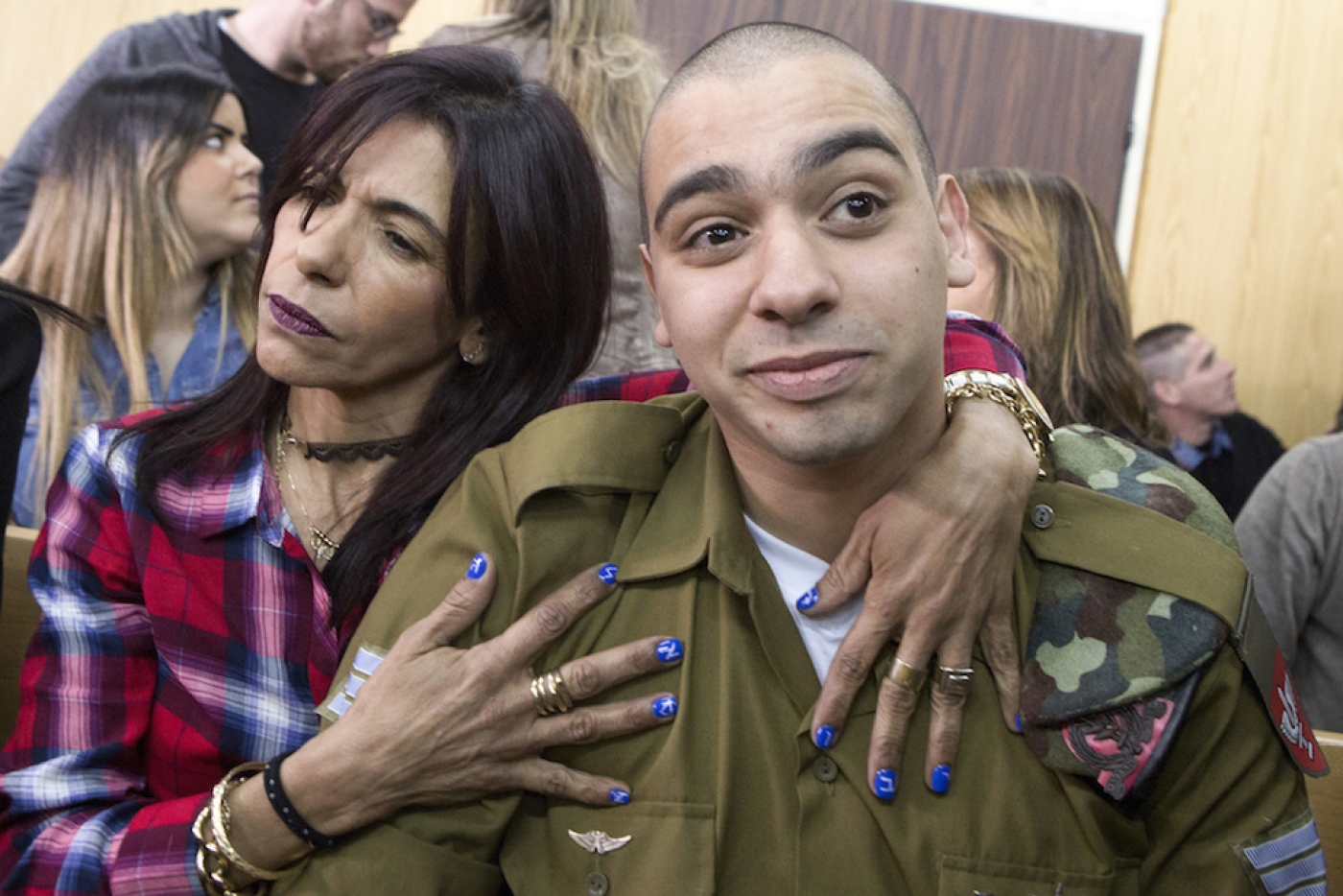 Israeli soldier Elor Azaria (R), who shot dead a wounded Palestinian assailant in March 2016, is embraced by his mother Oshra (L) at the start of his sentencing hearing in a military court in Tel Aviv (AFP)
By
MEE and agencies

An Israeli soldier who was sentenced to 18 months' imprisonment for killing a wounded and incapacitated Palestinian assailant appealed on Wednesday against his manslaughter conviction.

After the appeal was announced, three of Elor Azaria's defence attorneys said that they were quitting. In a statement, they said he had received a "fantastic and seemingly impossible" sentence, appearing to suggest he should not put it at risk.

Azaria's trial - sentence was passed on 21 February - was one of the most divisive in Israel's history. In one opinion poll, nearly half of Israeli Jews said any Palestinian attacker should be killed on the spot.

Eleven months ago, Azaria was serving as an army medic in the town of Hebron in the occupied West Bank when two Palestinians stabbed and wounded another soldier.

One of the assailants was shot dead by troops. The other was shot and wounded. Eleven minutes later, as the wounded man, Abd Elfatah Ashareef, 21, lay on the ground unable to move, Azaria, then 19, took aim with his rifle and shot him dead.

A three-judge military court convicted Azaria of manslaughter last month. It rejected his contention that he believed the man still posed a threat, admitting into evidence a video of the incident recorded by a Palestinian rights activist.

Imposing punishment lighter than a three-to-five year sentence requested by the prosecution, the court noted the Hebron incident had been Azaria's first combat experience and that his record had been unblemished.

The Palestinian government said the term imposed by the court had given Israeli soldiers a "green light" to carry out "executions without fear of real punishment".

In the statement announcing their resignation, the three defence lawyers also said that while they believed Azaria never should have been convicted, they had proposed to the soldier and his family that he pursue other options.

Those include a presidential pardon - which cannot be considered while an appeal process is ongoing - or a procedure in which a military general can opt to reduce his sentence.

In the petition to a military appeals court, Azaria's remaining lawyer asked that the start of his incarceration, on 5 March, be deferred until the end of legal proceedings.

Prosecutors, who have yet to decide whether to lodge an appeal for a stiffer sentence, had originally considered charging Azaria with murder. But they said it would have been difficult to meet the legal requirement of showing premeditation.

Dressing up as Azaria

Azaria's case has become a cause celebre in Israel.

According to Haaretz, a new phenomenom has sprung up of children dressing as Azaria for the annual Jewish Purim festival, set to begin on 11 March:

This Purim, Some Israeli Kids Will Dress Up as Hebron Shooter Elor Azaria https://t.co/JcBuyU0HDN pic.twitter.com/RPNVqlj8uz

Israel's Channel 2 reported that Ran Karmi Buzaglo, a leader of the campaign in support of Azaria, had launched an Elor Azaria Purim costume competition.

Prizes for those who enter the contest include an overnight stay at a bed and breakfast, a guitar and amusement park tickets.

The prizes were donated by citizens in support of Azaria. 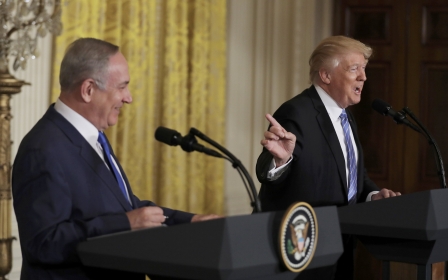