A lawyer to Turkey's president has lodged a complaint against a former French diplomat accusing him of inciting an assassination of the Turkish leader, the state-run news agency reported on Monday.

The move follows comments by Philippe Moreau Defarges about the outcome of the 16 April referendum on constitutional changes that will widen Recep Tayyip Erdogan's powers.

Defarges, now a senior fellow at the French Institute of International Relations, said all legal paths to challenge Erdogan had been shut off and that the only two options left were civil war or assassination.

The host then argued that an assassination cannot be seen as legitimate to overcome a political crisis. Defarges replied: "What have been done to unfair leaders for centuries, since the time of the Roman Empire? This also exists in big religions. This is an important debate."

The "Yes" camp won just over 51 percent in the vote, a narrower-than-expected victory, but Turkey's top election board last week rejected opposition calls to annul the referendum after complaints of vote-rigging.

Defarges said on French broadcaster BFM on Saturday that Erdogan's strengthened powers would lead "only to catastrophe".

"There will either be a civil war or another scenario... his assassination," he said.

Huseyin Aydin, a lawyer representing Erdogan, said in a petition to an Ankara prosecutor that the comments were not a simple expression of opinion, but were "clearly instigating the crime in question".

He said the comments showed how far the hostility against Erdogan had reached in the West, and suggested Defarges should undergo checks for his mental health if he ever came to Turkey.

"And if he is in good health mentally, his alleged links with the outlawed Kurdistan Workers' Party (PKK) or US-based Muslim cleric Fethullah Gulen blamed by the Turkish government for orchestrating the failed July coup should be investigated."

Defarges' comments went viral on social media, with a senior Erdogan advisor calling on the French institute to revoke his fellowship.

"What would be the reaction if a former diplomat senior fellow at a Turkish think tank called for the assassination of the French president?"

Defarges on Sunday offered his "sincere apologies" for his remarks.

"Some of what I said was clumsy and might have been wrongly interpreted," he said on Twitter.

They accuse Erdogan of becoming increasingly authoritarian after 14 years in power as either president or prime minister.

There have been a number of prosecutions for insulting Erdogan, with artists, journalists and schoolchildren all targeted. 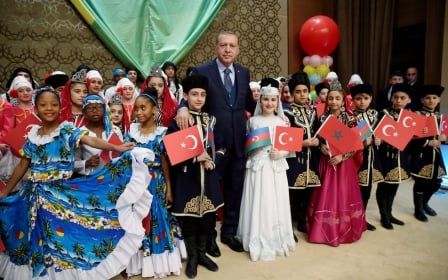 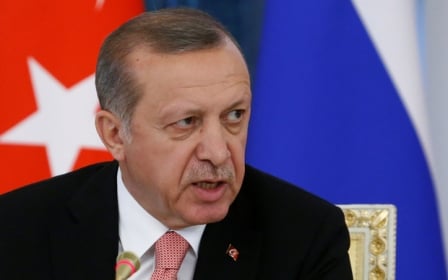 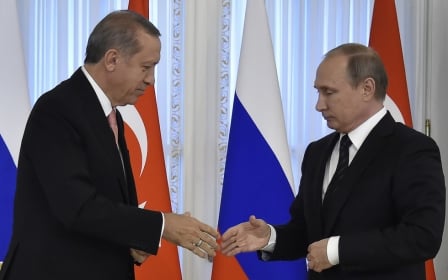