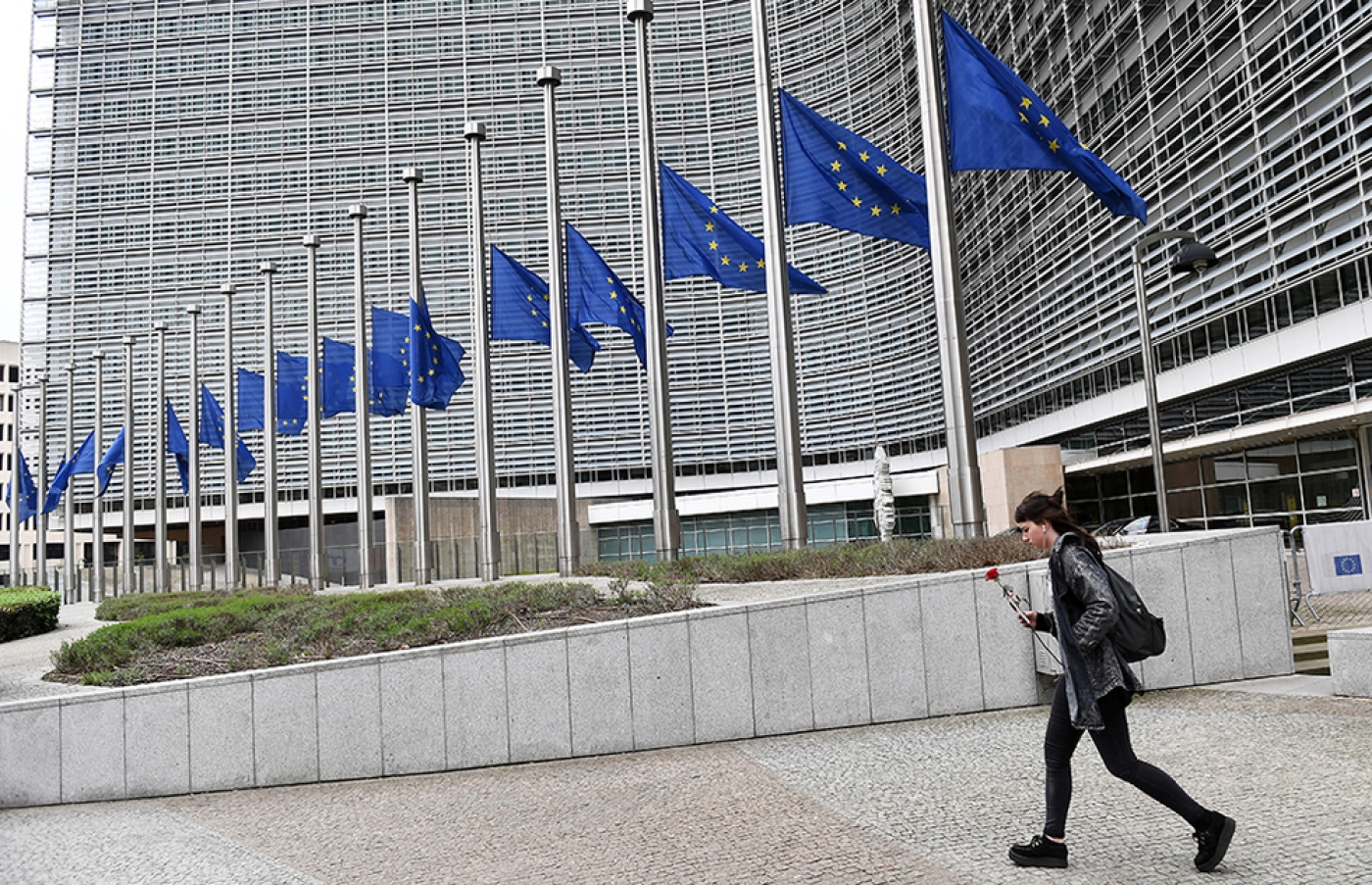 The European Union is promoting UK-style counter-extremism initiatives across its member states despite concerns raised by the continent’s leading human rights organisation about the British government’s Prevent strategy.

Speaking at a Home Office-supported counter-terrorism conference in London on Wednesday, Rob Wainwright, the head of the EU’s Europol law enforcement agency, described Prevent as a “best practice model in Europe” for tackling extremism.

Critics of Prevent, who include the Council of Europe’s human rights commissioner, argue that it is discriminatory against Muslims and potentially undermines free speech, civil liberties and even counter-terrorism efforts.

But another EU official, Hans Das, the head of the European Commission’s Terrorism and Radicalisation Unit, also cited the UK as a country “that has a lot of good practice”, and described how the commission was supporting teachers, social workers and healthcare workers to spot early signs of radicalisation.

Das also revealed that a European strategic communications network established to counter online radicalisation is being run by the Home Office’s controversial Research, Information and Communications Unit (RICU) - despite the UK's forthcoming departure from the EU - and said the commission had set up a 10m euro ($11m) fund this year to support civil society-led counter-extremism campaigns.

RICU, which is part of the Office for Security and Counter-Terrorism (OSCT) and responsible for promoting the Prevent strategy, has previously been revealed to have orchestrated and provided content for a number of ostensibly grassroots counter-extremism campaigns fronted by Muslim community groups and campaigners in the UK.

The Home Office told MEE that the European strategic communications network was not new but rather a new name for the EU Syria Strategic Communications Advisory Team.

Then-home secretary Theresa May, the current British prime minister, said in March 2015 that the government had provided "UK experts" to the EU advisory team which she described as "supporting member states to tackle the particular national and local communications challenges posed by their citizens travelling to Syria".

Hashing refers to the process of detecting recurring images and videos online.

Another project launched in partnership with Facebook, Twitter and Google is a training programme aimed at civil society organisations to help them to create and implement online campaigns to counter extremist and militant propaganda.

Training seminars are due to take place in countries around the EU this year. But when MEE attended one such session at Twitter's London headquarters last month only a handful of people were present.

The commission’s focus on frontline workers mirrors the Prevent Duty in the UK which since 2015 has required schools, hospitals and other public sector institutions to have “due regard to the need to prevent people from being drawn into terrorism”.

“We believe that these are the individuals who are often best placed to identify the early signs of radicalisation and in many circumstances are in the best position to address such behaviours.”

The commission’s counter-extremism work is coordinated through the Radicalisation Awareness Network (RAN), which brings together “first-line practitioners working daily with those vulnerable to extremism” in working groups and provides guidance on best practice and policy.

British-based organisations affiliated with RAN include Quilliam, a counter-extremism think tank. Examples of best practice cited by RAN from the UK include the Workshop to Raise Awareness About Prevent (WRAP) training programme, despite the fact that concerns about the quality of training material have been one of the most consistent complaints about Prevent.

RAN was founded in 2011 but bolstered in 2015 with the creation of the Netherlands-based RAN Centre of Excellence in response to the threat posed by Islamic State (IS) group propaganda. Attacks claimed or inspired by IS in EU member states including France, Belgium, Germany, Sweden and the UK have claimed the lives of hundreds of people.

Das said RAN now linked together more than 2,000 experts from across the EU, and described its approach as “bottom-up, grassroots, but with a little bit of financial support from the EU”.

But the encroachment of Prevent into schools, universities and hospitals has proved one of the most contentious aspects of the strategy in the UK, with critics suggesting that it has had a “chilling effect” on classroom and academic debate.

Human rights groups, parliamentary committees, Muslim community groups and David Anderson, the UK’s former counter-terrorism legislation watchdog, have all called for the strategy to be reviewed, reformed or abolished.

Critics have also included the Council of Europe, whose commissioner for human rights wrote in a report last year that elements of Prevent may be counter-productive and contributing to the spread of extremism.

Nils Muiznieks, the Council of Europe's commissioner for human rights, said he shared concerns that Prevent “runs the risk of isolating the very communities whose cooperation is most needed to fight violent extremism” and highlighted complaints that the strategy risked stifling free speech and open debate.

“The commissioner recalls that the response to the threat of terrorism should not itself encroach upon the very values of freedom, democracy, justice and the rule of law,” he wrote.

The EU and the Council of Europe are separate organisations but describe themselves as “partners in promoting human rights”. The EU regards the council as the “Europe-wide reference source for human rights” and the “benchmark for human rights in Europe” according to a memorandum of understanding signed in 2007.

The European Commission did not respond to a query from MEE asking whether it shared the Council of Europe's concerns regarding counter-extremism policy.

But a commission source told MEE: "Radicalisation is a complex issue which doesn't have one-size-fits-all solution. It requires a holistic approach and a joint effort across different levels and platforms. This is why reaching out to all communities, religious and non-religious, is essential."

The UK also faced scrutiny over Prevent on Thursday at the United Nations Human Rights Council in Geneva, which is conducting a review of human rights in the UK as part of its cycle of periodic reviews to which all member states are subjected.

Delegates from Mexico, the Netherlands, Norway, Palestine, Sweden and Switzerland raised concerns about counter-terrorism legislation, with Norway urging the UK to review its policies to “ensure that it complies with the highest human rights standards”.

Palestinian delegate Dima Asfour called on the UK to ensure that a proposed counter-extremism bill was in compliance with international law and did not "single out certain organisations on stereotypical assumptions based on general characteristics such as religion and the predominant race of the membership of the organisation".

Responding to those concerns, Oliver Heald, a minister of state for justice, said: "I can be clear that the UK government continues to believe that its terrorism legislation and measures comply with our international human rights obligations."

— Rights and Security International (@rightssecurity) May 4, 2017

“It is extremely concerning that a strategy that has faced criticism from both houses of parliament, a range of UN bodies, and the UK’s former independent reviewer of terrorism, David Anderson, could be considered worthy of export,” Adriana Edmeades, legal and policy director at Rights Watch (UK), told MEE.

“Serious human rights and policy concerns attach to the strategy, including that it chills free speech, curtails children’s right to education, and alienates communities.”

Amrit Singh, senior legal officer for national security and counter-terrorism at the Open Society Justice Initiative, who authored a critical report of Prevent last year, told MEE that the strategy was seriously flawed and counter-productive.

“Prevent promotes discrimination and penalises free expression, while generating distrust and alienating the very Muslim communities the UK government wishes to have onside,” she said.

“The threat of terrorism is real and must be countered through sound and effective policies that respect individual rights and do not deter communities from sharing information about criminal activity with law enforcement. Other governments should not make the mistake of following the UK’s flawed approach.”

Advocates of Prevent argue that the strategy is working and has provided support and safeguarding for thousands of people who would otherwise be vulnerable to being drawn into violent extremism.

Speaking at Wednesday’s conference, Simon Cole, the chief constable of Leicestershire Police and the national police lead for Prevent, said that the strategy had “democratic legitimacy” but could be more transparent.

“It is a voluntary safeguarding activity carried out at a local level by trained professionals who are skilled and empathetic,” said Cole.

'If you do not want to cooperate then you do not have to do so. If you choose not to of course that does cause us to question why'

He said about 7,500 cases had been referred to Prevent last year and hundreds of people had been persuaded not to travel to Syria. Half of referrals had resulted in “some sort of mental health diagnosis”.

“A Prevent referral is a voluntary referral. It is not a compulsion. If you do not want to comply or cooperate then you do not have to do so,” said Cole. But he added: “If you choose not to of course that does cause us to question why and you may head into the Pursuit space.”

Sara Khan, a government-backed counter-extremism campaigner, said that opposition to Prevent was being driven by an “Islamist-hard left alliance” which was “promoting false claims and conspiracy” about Prevent.

She also singled out for criticism a former United Nations special rapporteur, Maina Kiai, who last year warned that Prevent was “promoting extremism rather than countering it”.

“That can only be the words of someone who has absolutely no clue what they are talking about in regard to Prevent. It is from the Islamist handbook on Prevent,” she said.

The future prospects for collaboration between London and Brussels on counter-terrorism initiatives have been thrown into uncertainty since the UK began the process of leaving the EU in March.

British Prime Minister Theresa May warned in a letter to EU President Donald Tusk that a failure to reach an agreement on the terms of the UK’s exit from the bloc “would mean that our cooperation in the fight against crime and terrorism would be weakened”.

Wainwright, the head of Europol, told a parliamentary committee in March that he expected the UK and the EU to continue to work closely together and said other EU member states were concerned to make sure “British expertise and leadership is not lost”. 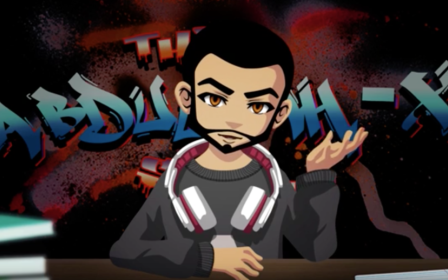