The Europeans are urging the UN to launch a mass rebuilding programme in Gaza (AFP)
By
AFP
Britain, France and Germany have launched a fresh bid at the UN to end six weeks of violence in Gaza, after Israeli warplanes killed three top Hamas commanders, inflicting a heavy blow on the movement's armed wing. The European initiative on Thursday came as fighting flared on the ground and an Egyptian-led effort to broker peace seemed to have collapsed.

In a document obtained by AFP, the three countries urged an immediate and sustainable ceasefire that would put an end to the firing of rockets and military operations in the Gaza Strip.

It calls for a lifting of the Israeli blockade and a monitoring mechanism to report on ceasefire violations and verify the flow of goods into the Gaza Strip.

Diplomats said the text was aimed at advancing efforts to reach agreement within the 15-member UN Security Council on a resolution after Jordan's draft text met with resistance, notably from the United States.

The so-called "elements" document lays out the parameters for a ceasefire deal that would address Israel's security concerns and meet Palestinian demands.

It asks UN Secretary-General Ban Ki-moon to immediately come up with proposals to "implement the relevant provisions" in a move that could jump-start peace negotiations.

Bid to shore up Egypt's mediation

UN diplomats said they hoped the initiative would shore up the Egyptian-led peace track and lead to a lasting ceasefire that would avoid a relapse into war.

More than 2,083 Palestinians have been killed in the conflict that began on 8 July, most of them civilians, according to UN officials.

The European-drafted document calls for the return of the Palestinian Authority to Gaza, which has been under Hamas control for the past seven years.

It provides for the lifting of economic and humanitarian restrictions on the Gaza Strip to allow for a massive reconstruction effort, and for the re-opening of border crossings.

An international monitoring and verification mission would be established with a mandate to report on ceasefire violations and check the flow of goods into Gaza - a key point missing from the Jordanian draft resolution.

Ban has pledged international help to rebuild Gaza but warned that this would be "for the last time" after three wars in six years.

As the six-week war between Israel and Hamas raged on leaving truce talks in tatters, a pre-dawn air strike Thursday killed three members of the Islamist movement's armed wing, the Ezzedine al-Qassam Brigades.

The Brigades said they were "senior commanders", identifying them as Mohammed Abu Shamala, Raed al-Atar and Mohammed Barhum, and vowed to make Israel pay.

"The assassination... is a big Israeli crime, which will not succeed in breaking our will or weakening our resistance," Hamas spokesman Sami Abu Zuhri said.

Defence Minister Moshe Yaalon hailed their deaths as "a big operational and intelligence achievement", and warned that Israel would not hesitate to track down the rest of the group's leaders.

Four surrounding buildings had their doors and windows blown out and some outer walls destroyed.

The body of Sabah Yunis, a four-year-old girl, was also pulled from the rubble, emergency services spokesman Ashraf al-Qudra said.

The deadly strikes came 36 hours after Israel tried and failed to assassinate Brigades chief Mohammed Deif, who has topped its most wanted list for more than a decade.

That attack levelled a six-storey building in Gaza City, killing two women and three children, among them Deif's wife, his infant son and three-year-old daughter. It has not been confirmed whether Deif survived the attack, although Hamas insist he is alive and still in control.

Around 27 people were killed in Israeli strikes across Gaza Thursday, day 45 of the bloody conflict. Others died of wounds, raising the overall death toll to 2,083 Palestinians since the conflict started in July.

The UN has identified about 70 percent of the dead as civilians.

On the Israeli side, 64 soldiers and three civilians have been killed.

UN aid workers stepped up calls for an urgent ceasefire, warning that spiralling violence endangered their ability to respond to the needs of Gaza's 1.8 million people.

Israeli confidence in Prime Minister Benjamin Netanyahu has steadily declined during the war, but his 53 percent approval rating is still higher than before the conflict, according to a survey for the private Channel 2 television.

British aid charity Oxfam, meanwhile, urged the international community to "immediately suspend transfers of arms or ammunition while there is serious risk that they could be used to violate international humanitarian law".

It said the widespread killing of civilians and destruction of civilian infrastructure during the Israeli operation was the worst it had witnessed in 20 years of working in Gaza. 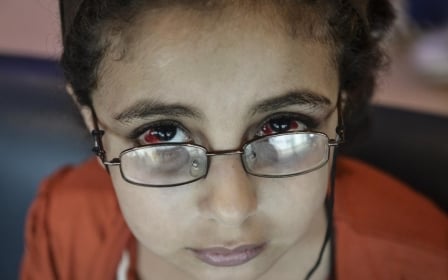