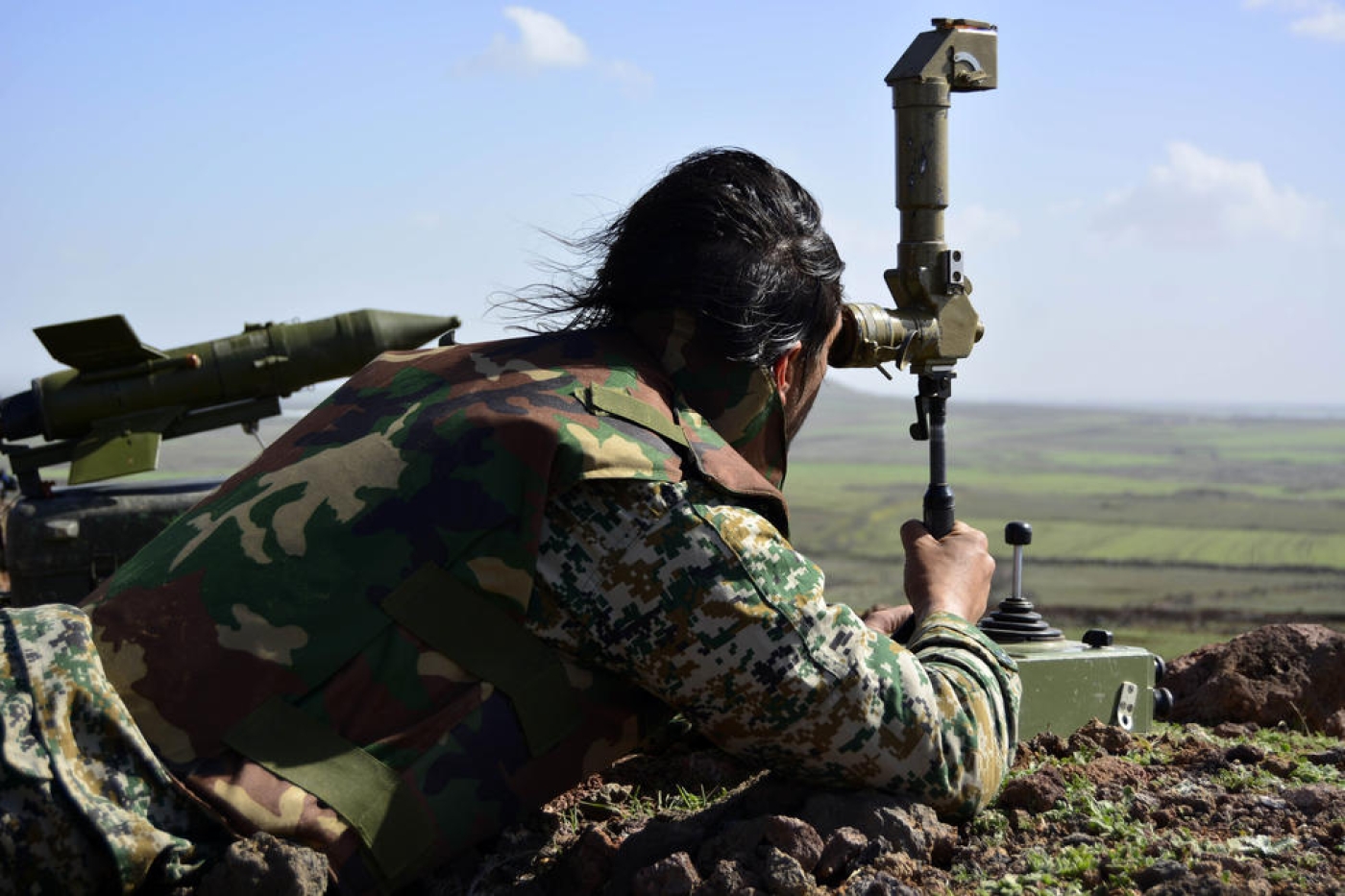 Local armed opposition fighters say they are still in control of their only north-south supply line after Islamic State (IS) militants unleashed a dawn attack in Lajat, northeast of Daraa in southern Syria, on Tuesday.

The attack was IS’s second offensive in southern Syria in six weeks. Following the group’s usual pattern, a suicide car bomb went off at a checkpoint manned by the FSA’s Al Omari Brigade, killing three opposition fighters. IS militants then cut off the main road in the northern Lajat area, disrupting the FSA’s supply line to the entire Lajat area.

After a day of heavy fighting involving several factions of the Free Syrian Army opposition group and around 200 IS militants, rebel commanders tell Middle East Eye the area is calm – for now.

In a special statement prepared for Middle East Eye, Abu al-Walid, spokesman for the Al Omari Brigade, said: “Da’esh [an Arabic acronym for IS] is claiming that they stormed Lajat with forces from outside the area, but this isn’t so. It was a Da’esh sleeper cell that cut off the road and cut off some areas in the north of Lajat, in an attempt to distract the FSA in Daraa, which was preparing to fight for control of [Syrian Arab Army] Brigade 52 in the countryside of Daraa.”

Reinforcements from various Daraa-based FSA factions arrived in the early afternoon, including a small convoy of vehicles from the Yarmouk Brigade. The battle ended several hours later.

For Syria’s armed opposition, Lajat has immense strategic value: Lajat is the only opposition-held crossing-point north of Daraa and Quneitra governorates. Had IS succeeded in taking Lajat, it would have taken control of the armed opposition’s only north-south supply line.

“We wounded and killed a number of them, and took several militants prisoner. Efforts are now underway to comb the rugged area of operations and improve security with more fighters and heavy equipment,” said Abu al-Walid. Those efforts included setting up numerous roadblocks and checkpoints in Lajat and the surrounding area, with opposition fighters wary of a re-emergence of Islamic State sleeper cells.

Despite Abu al-Walid’s claims that Tuesday’s attack was a the work of a cell, it was publicised and promoted by the group’s supporters from the start. Early in the day, IS supporters posted on social networking sites that their men had seized control of a number of villages in the Lajat area, including Al Shayah and Shomara. The Al Omari Brigade’s Abu al-Walid denied this, saying in a statement that “With the help and brotherhood of the people of Lajat and the brotherhood of mujahideen, the Al Omari Brigade has been able to thwart Da’esh’s plans and intelligence, killing and capturing a number of them, and denying Da’esh control of any villages in Lajat. Our fighters are in control of all the entrances to Lajat "

Lajat is a sparsely populated area about 60 km long and 17 km wide. It is known for a vast network of caves, many of which now provide shelter to impoverished Syrians displaced by fighting. Lajat’s inhabitants are almost all Bedouins, and largely pro-opposition. Syrian Arab Army forces have tried to break into the area dozens of times but thus far failed.

Tuesday’s incident comes just six weeks after IS militants first appeared in southern Syria. In late April, clashes broke out between the Nusra Front and Ahrar al-Sham, and the Yarmouk Martyrs Brigade, a shadowy opposition group long suspected of having pledged loyalty to Abu Bakr al Baghdadi, the leader of IS. The incident happened in north-western Daraa province, and clashes are still ongoing in the town of Shajara. The commander of Yarmouk Martyrs Brigade, Abu Ali Baridi, has said that his group isn’t a part of IS, but opposition commanders throughout Daraa say they believe he is lying.

“The emergence of sleeper cells in Lajat was designed to ease the pressure on the Yarmouk Martyrs Brigade in the western region by drawing away some of the opposition fighters who are still battling against them in Shajara,” he said.

Abu Al Walid appealed to all FSA factions in Daraa to support fighters in Lajat in the face of what he called “Da’esh-Baghdadi and regime oppression”. He called on people to deny IS the opportunity to further terrorise the people in the liberated areas from Daraa. Syria War
May bloodiest month for Syria conflict in 2015