Exclusive: When Cameron took the Muslim Brotherhood to lunch 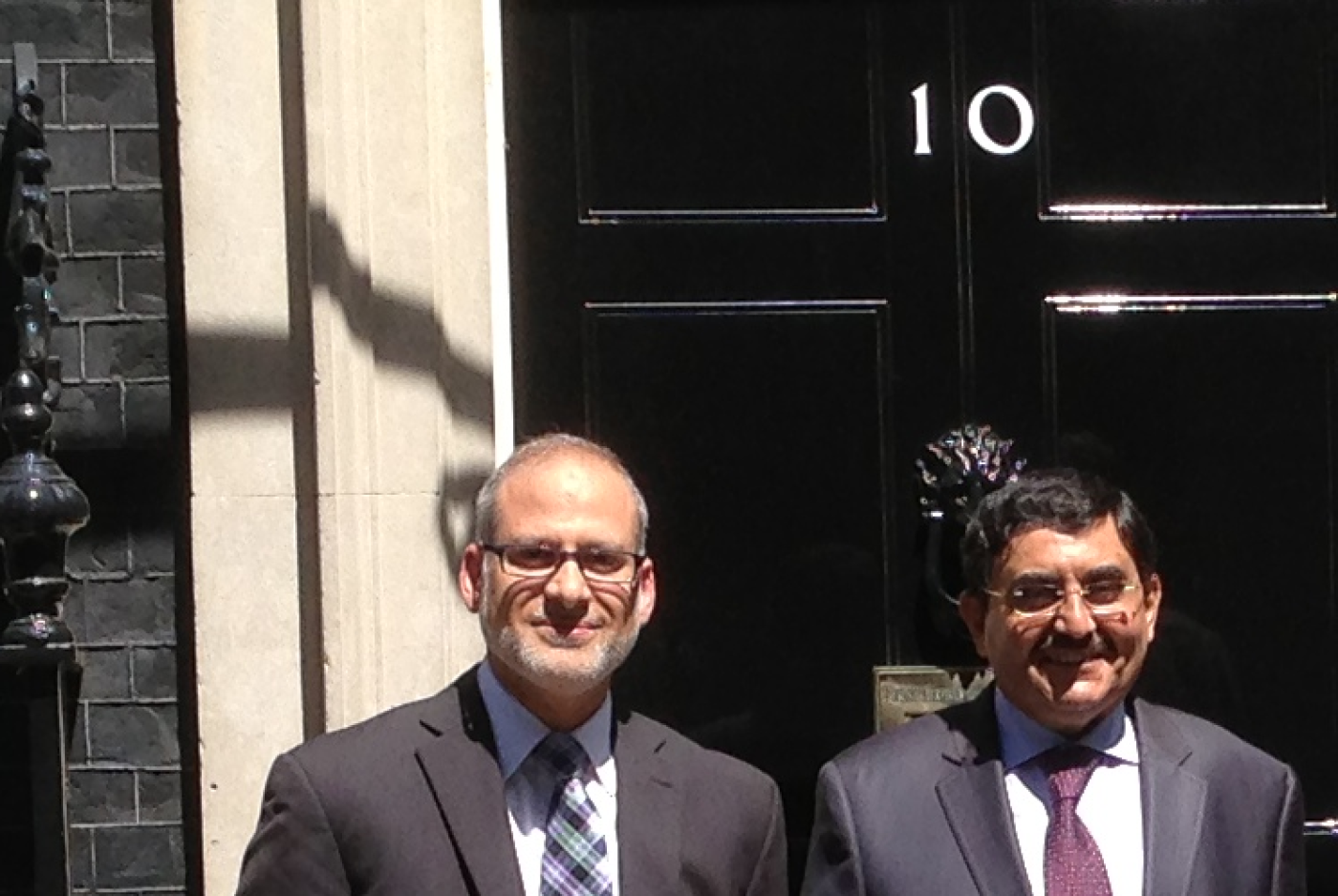 Dr Essam El-Hadad, former Egyptian President Mohammed Morsi's assistant on Foreign Affairs and the father of Gehad El-Hadad, with Dr Wael Haddara, senior advisor to Morsi, in front of 10 Downing Street, after a meeting in preparation of Morsi's visit which was aborted by the military coup
By
David Hearst

British Prime Minister David Cameron invited the Muslim Brotherhood’s international spokesman to lunch at Chequers last year in a two-hour seminar in which the Brotherhood presented its vision and the prime minister asked what Britain could do to support it, the Middle East Eye has learned.

Gehad El-Hadad, the international spokesman, was the star attraction of a prime ministerial seminar held on 17 May last year, when the former president Mohamed Morsi was still in power and months before he was due to London on an official visit.

According to a source who was present, Cameron talked of crony capitalism under Hosni Mubarak, and the potential of free markets under Morsi. Cameron questioned El-Hadad on the Brotherhood’s vision and asked what Britain could do to support it.

El-Hadad’s answers were described by those who attended as convincing and were referrred to in Cameron’s own summary at the end of the meeting. The prime ministerial seminar was followed by lunch and a tour of Chequers. Also present was Maajid Nawaz, the co-founder of the Quilliam Foundation, a London-based think tank which focusses on counter-extremism.

The lunch at Chequers was the start of a series of meetings which Downing Street officials and ministers held with senior members of the Brotherhood. On June 5 Gehad's father Dr Essam El Hadad had a meeting with John Casson in 10 Downing Street, accompanied by Dr Wael Haddara, senior advisor to the then Egyptian president. This was in preparation for a visit by Morsi in July.  Dr El-Hadad also met William Hague and Alastair Burt at the Foreign Office.

News of the private encounters with the Brotherhood will embarrass the prime minister, who has since ordered a Whitehall investigation into whether an attack on tourists in Egypt was organised by the Brotherhood in Britain. Cameron came under a hail of criticism when it was revealed that he had appointed Sir John Jenkins, the UK ambassador to Saudi Arabia to head the review.

In justifying the reason for the inquiry, Home Office ministers said it was about the government “forming its own view”.

Downing Street was at pains to deny that Britain had come under the influence of Riyadh, with whom it has lucrative defence contracts. The kingdom has declared the Brotherhood a terrorist organisation and has placed the organisation in pole position on its threat list, above al-Qaeda.

The Whitehall review will draw on assessments provided by MI6. El-Hadad himself is under arrest in Egypt, charged with inciting and participating in acts of murder, being a member of a “terrorist group”, publishing “false news”, disrupting “national peace” and “portraying a false image abroad”.

In a statement, the Muslim Brotherhood denied it had engaged in, or promoted, acts of violence and announced it had engaged the legal services of a former director of public prosecutions Lord Macdonald of River Glaven QC. Since then, it has heard nothing from the Whitehall inquiry.

Tayab Ali, of ITN sollicitors, acting on behalf of the Brotherhood said: "The government argues that its terrorism related inquiry into the Muslim Brotherhood is not at the behest of Saudi Arabia, but in the UK national interest. Now that it has been revealed that Cameron invited a senior spokesman of the brotherhood for lunch at Chequers, maybe the prime minister himself should testify to the inquiry that he set up.”

Ali asked how it was that contact between Cameron and the Brotherhood was not only seen as legitimate in May last year, but actively sought by Downing Street, and the same organisation is now being investigated for alleged terrorist links.

“How has the UK national interest changed now that an elected president has been ousted in a military coup, and an unprecedented clampdown is underway, comprising the shooting of unarmed demonstrators, mass arrest, torture in custody and summary justice, which contravenes all legal norms and international conventions to which the UK Government is signatory?" Ali said.

Downing Street today confirmed the seminar took place and that El-Hadad attended it. “We can confirm that Gehad el El-Hadad attended a seminar at Chequers last year which sought to bring together a diverse spectrum of views on the Muslim Brotherhood. It’s important to remember that the Brotherhood were in power in Egypt at the time and, like Governments across the region and world, we were engaging with them in order to understand them better and to try to positively influence their actions in office. This is an organisation that has rapidly risen in prominence in recent years and our understanding of its philosophy, values and impact needs to keep pace with this,” said a spokeswoman.

The decision to appoint a serving ambassador to Saudi Arabia to head the inquiry has been criticised by a former UK ambassador to Riyadh, Lord Wright of Richmond. He said in a debate in the House of Lords, that the current ambassador would be in an “extremely invidious position” since the Saudi government wishes to discredit and destroy the Muslim Brotherhood. Home Office Minister Lord Taylor of Holbeach said: ”This is about UK national interest and the UK government forming its own view.”

A key role in the investigation will be played by Sir John Sawers, head of MI6, a former adviser to Tony Blair, ambassador in Egypt and special representative in Iraq. MI6 will investigate claims the Brotherhood were behind an attack in February on a bus in Sinai which killed three tourists from South Korea and an Egytpian driver. One of five jihadi militant groups based in Sinai, Ansar Beit al-Maqdis said it carried out the bomb attack on the tourist bus, claiming it was part of its economic war against the Egyptian government which it described as traitors. The attack was denounced at the time by the Muslim Brotherhood. 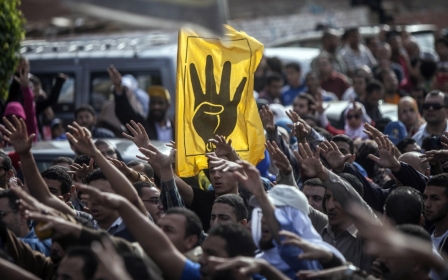