Fallujah and Ramadi: Where liberation from IS comes at a price

As the battle for Mosul continues, the aftermath of IS being driven from Fallujah and Ramadi hints at the challenges ahead 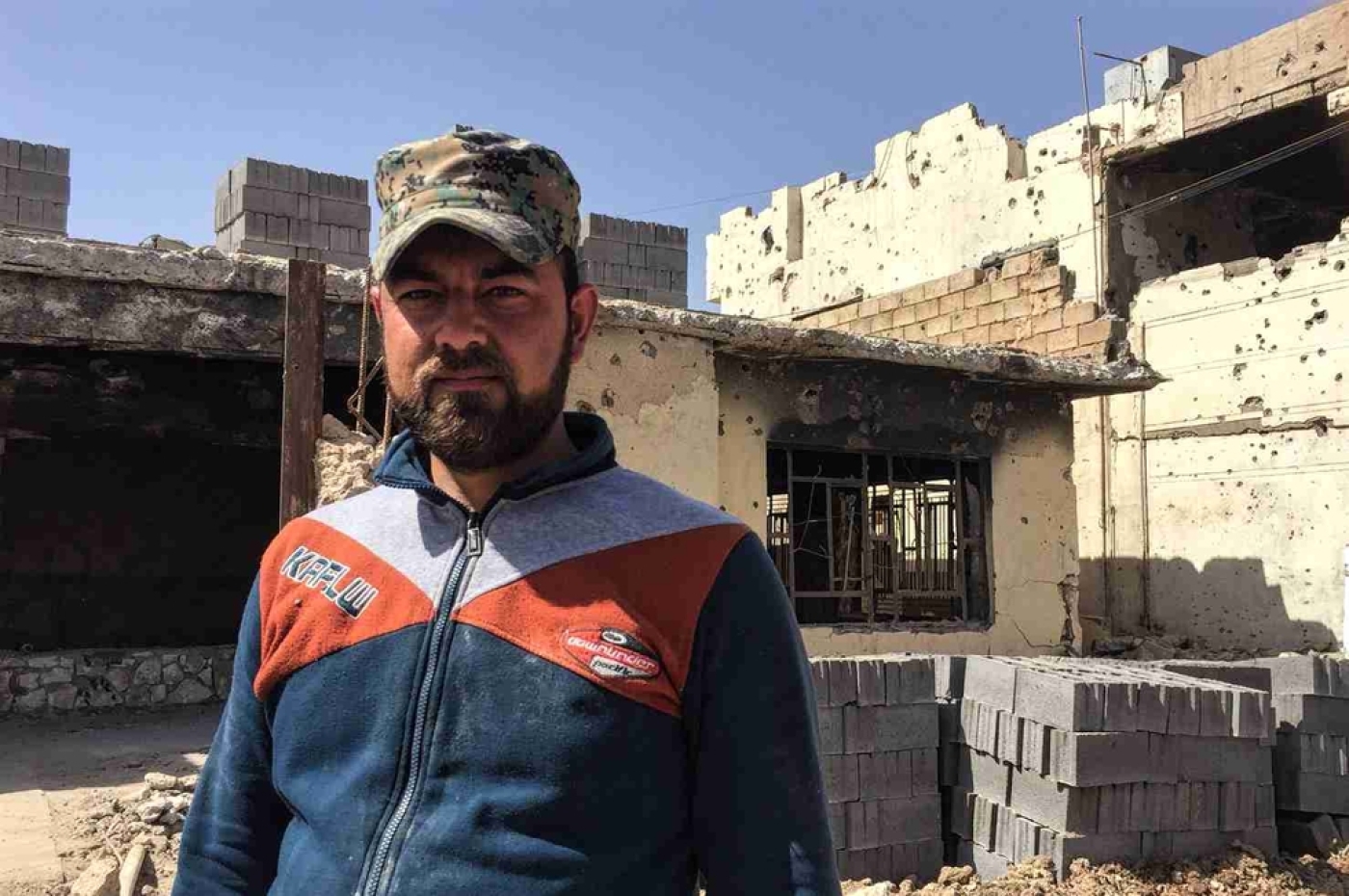 Like all his neighbours’ houses, Wissam Hameed’s home in Ramadi’s al Bakr district is nothing more than a shell, its walls shot through, all the windows and doors smashed or burnt.

Al Bakr was the last part of Ramadi which the Islamic State group occupied. In the battle to liberate the Iraqi city, which ended just over a year ago, a combination of US air strikes, Iraqi army artillery and Islamic State (IS) explosives, planted by their fighters before they fled, reduced every one of its 328 homes to ruins.

The scale of destruction is comparable to that of eastern Aleppo in Syria, with one important difference: civilian casualties in al Bakr were minimal, since everyone left before the assault against IS began. Many had already abandoned al Bakr as soon as IS arrived in May 2015.

Hameed is lifting concrete building blocks from a small pile in his front yard when we stop by. I’m being given a glimpse of post-IS reconstruction in Anbar province, in an armoured SUV under military escort from Baghdad.

A pick-up truck with a Special Forces’ soldier in a machine-gun turret at the back leads the way. Another follows behind. Other armed men sit in each of the three vehicles. The tour has been organised by the Iraqi Sunni Waqf (Endowment), an influential charity that receives government funding as well as donations from mosques.

Hameed explains how he, his wife, three children and his mother were living in ruined rooms. He has been trying to repair one or two fully with the aim of gradually moving on to the rest of the building. The roof is still standing, and he invites me up the dusty stairs to inspect something special he is keen to point out.

Embedded above the ceiling of the downstairs living room is an unexploded mortar shell, the star shape of its tail fins clearly visible. “How can you repair your house without having that removed first?” I ask in horror. Hameed shrugs. “If we ask the Iraqi army to clear it, they will charge us a lot,” he replies.

Army bomb experts have defused and removed hundreds of booby-traps, mines and unexploded shells from Ramadi’s streets. Under the leadership of its president, Abdul Lateef al Humayem, the Waqf has worked with the United Nations Development Programme, financing cash-for-work teams to push rubble aside so that pedestrians and cars can move freely. But help for individual citizens seems to be lacking or is else mired in corruption.

“The government promised to give us compensation for the loss of our homes, but nothing has happened,” Hameed says. He used to be a taxi driver but sold his car to buy building materials. Now he lives on income from occasional work as a labourer and his mother’s pension (her husband was killed in the war with Iran during the 1980s).

Our tour does not allow time to visit all of Ramadi city or judge how much has been destroyed. The main street seems to be largely intact with most shops open and busy. While only one-fifth of al Bakr’s 328 families have returned, the UN estimates that in the rest of the city 400,000 people have come home, almost all of its previous inhabitants.

During the period when IS controlled the area, and the subsequent fighting to flush it out, most residents took refuge in camps that Waqf has been helping to supply with food. New arrivals were screened for possible IS sympathies before being allowed home.

When it retreated, IS blew up several bridges: many villages in the area are still cut off. West of Ramadi, we visit Albu Faraj, which was liberated a year ago. Until US army engineers installed a pontoon bridge recently, it too was isolated: now signs of normality are visible everywhere. In neat uniforms, children walk to the village’s only school, which is open for ten hours each day. Teachers conduct two shifts of three hours each, and two of two hours, so as to cater for the large number of pupils.

A workman in a cherry-picker is being hoisted up to an electricity pole to reconnect transmission lines. Only a few houses exhibit destruction, mainly ones where IS commanders lived.

'People here are poor. There are few jobs. Young people had no opportunities so they became Da’esh [IS] fighters'

Despite the minimal damage, 300 of the village’s estimated 1,500 families are no longer in Albu Faraj. “They had links with IS and have fled,” Lt. Colonel Ali Jaber Karoot, who represents a newly formed Sunni militia called Hashd al Anbar, tells MEE. The police were heavily influenced by IS and much of the village’s security is now in the hands of Hashd al Anbar.

Ahmed Turki Musleh, a tribal sheikh, tells MEE that he was initially surprised that so many residents supported IS when it arrived in the village but then he realised it was partly because of economic reasons and the failures of the central government in Baghdad. “People here are poor,” he says. “There are few jobs. Young people had no opportunities so they became Da’esh [IS] fighters. The village’s reconstruction priority was to get a new water treatment plant. “We need pure water. At the moment people are having to take water directly from the Euphrates,” he adds.

Driving back towards Baghdad, we reach Fallujah after an hour, passing multiple army checkpoints on the road. Two of the three bridges over the Euphrates are still missing a span, but the third one has been repaired. Like Ramadi, Fallujah has pockets of total destruction and other areas that have been virtually untouched by war.

Apart from Mosul, Fallujah was the largest Iraqi city left under IS control until it was liberated in July 2016. Forty miles west of Baghdad, it was the first to fall to IS in January 2014. During the two-and-half years of IS occupation, many people fled, only accelerating during the US/Iraqi onslaught to free the city. They joined up to 400,000 who headed to camps in the desert.

Three-quarters have now returned to Fallujah but some 36,000 who fled to Baghdad remain there amid miserable conditions.

The UN has repaired 12 schools in Fallujah. Six health clinics have been rehabilitated. Workers are repairing the main 200-bed hospital which was set on fire by retreating IS fighters, according to Haider Rahman Harith, an emergency doctor.

Water and electricity have been restored but around 80 percent of the building is still unusable. More than 200 medical staff fled Fallujah during the IS period, leaving the city’s remaining residents devoid of help.

But two important residents have not returned: Fallujah’s police chief and its mayor. They live with their families in the safety of Erbil, the capital of Iraqi Kurdistan, and only make occasional day trips to the city for which they are supposed to work.

'There is no need for the mayor and the police chief to live elsewhere. They should live here'

Issa Sair Modin, the mayor, can point to the high degree of risk he faces from IS counter-attacks. In January a suicide bomber targeted his office the day after it was repaired and re-opened. Officials say it was a rare case of IS sabotage in revenge for losing control of territory: they had expected more. But Falih al Issawi, the first deputy mayor of Anbar, who lives in Ramadi for two days a week and in Fallujah for three, thinks the mayor and the police chief are mistaken.

We visit him in a well-guarded house in a walled compound, protected by armed police. “The city has become safe,” he tells MEE. “There is no need for the mayor and the police chief to live elsewhere. They should live here.”

The absence from Fallujah of these two senior officials adds to the distrust which many Iraqis have of their government’s dedication and competence. How much harder will it be to regain the loyalty of people in Mosul, where lack of confidence in Baghdad led so many to welcome IS in the first place. 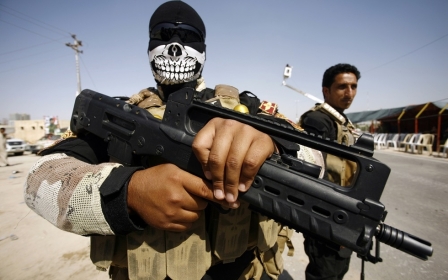 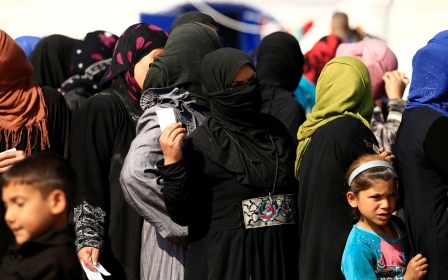