Amnesty says every worker it interviewed reported abuse, but world football governing body and Gulf state insist progress is being made 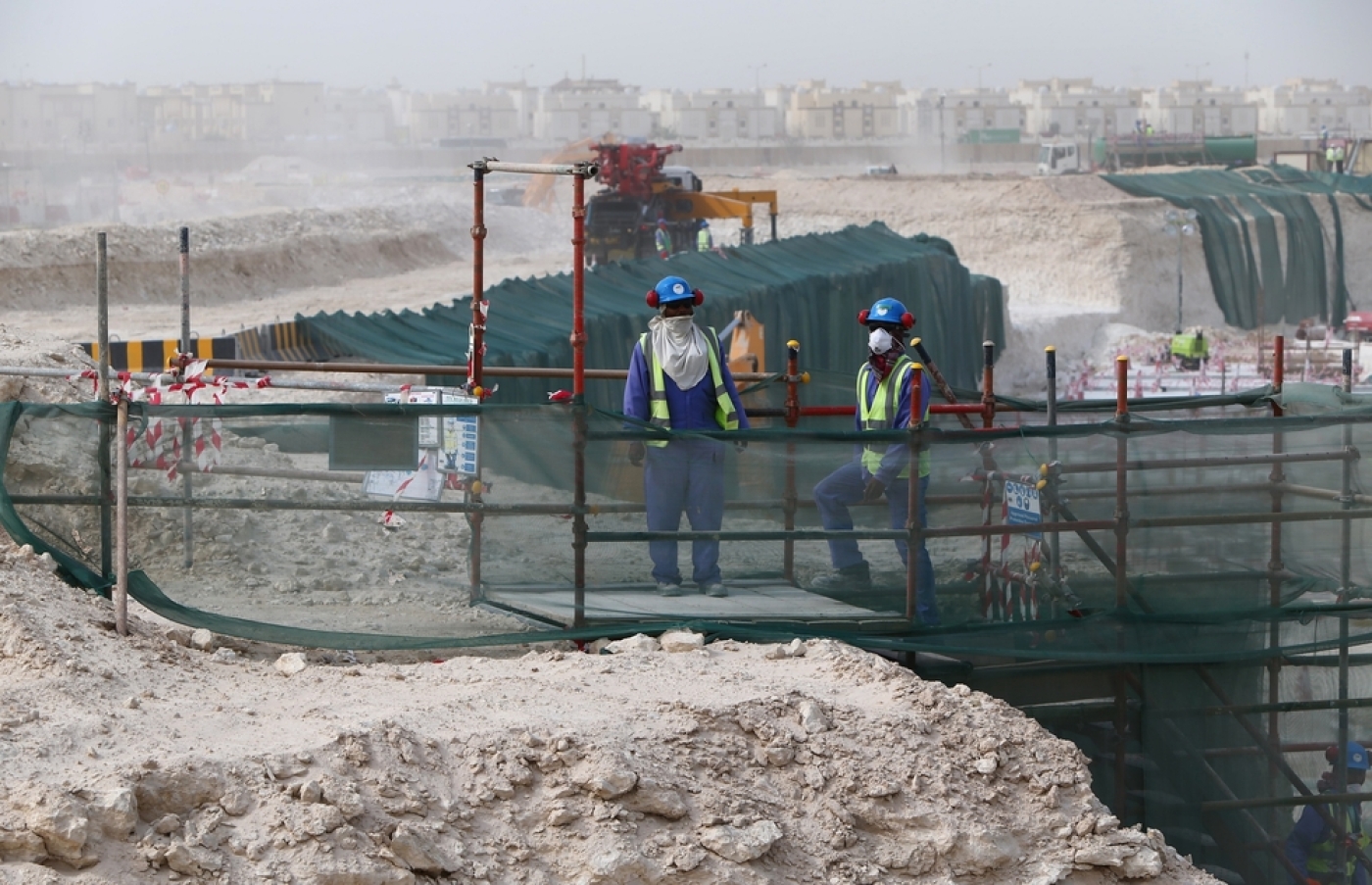 Migrant labourers working on Qatar's 2022 football World Cup projects continue to face abuse including forced labour and poor living conditions despite promises by organisers and the state to improve their conditions, according to the Amnesty International rights group.

In a report published on Thursday, Amnesty recorded a list of abuses, including the withholding of passports, the ongoing practice of interest-bearing "recruitment" loans, deception over pay rates and work undertaken, the denial of rights to travel home, and physical and verbal abuse by managers. This amounts to forced labour under international law, according to Amnesty.

One group of Nepali workers told investigators they were refused permission to return home to help family in the aftermath of the devastating earthquakes last April.

The report was based on interviews between February and May last year with 132 migrant workers rebuilding Khalifa stadium for its use in the 2022 tournament.

Every single worker reported some kind of abuse, the NGO said. At that time, Qatari authorities brought in a new version of its "workers' welfare standards," which tackled issues including forced labour, working times, recruitment fees and travel rights.

One Nepali man told Amnesty: "My life here is like a prison. The work is difficult, we worked for many hours in the hot sun. When I complained, the manager said ‘there will be consequences. If you want to stay in Qatar be quiet and keep working’.”

Another worker at the Khalifa stadium told Amnesty he would often wait months to be paid. “At the start of 2014 there was no problem, I was getting my monthly pay and sending back money to my wife to cover my recruitment loan and the rent for our house.

As a consequence of the delays in his pay, the man's family lost their home. “My family is now homeless and two of my younger children have been taken out of school. Every day I am in tension, I cannot sleep at night. This is a torture for me.”

Amnesty said Qatar's World Cup supreme committee was "struggling" to enforce standards it had introduced in 2014 after an international outcry over the deaths of scores of construction workers in the country, and reports of poor living conditions.

It said that world footballing body FIFA remained "indifferent" to the conditions of workers, and should be encouraged by sponsors and international groups to push Qatar towards a comprehensive reform plan before World Cup construction peaks in mid-2017.

"Essential steps include removing employers' power to stop foreign employees from changing jobs or leaving the country, proper investigations into the conditions of workers and stricter penalties for abusive companies," Amnesty said.

"FIFA itself should carry out, and publish, its own regular independent inspections of labour conditions in Qatar."

“Hosting the World Cup has helped Qatar promote itself as an elite destination to some of the world’s biggest clubs. But world football cannot turn a blind eye to abuse in the facilities and stadiums where the game is played," said Amnesty's secretary general, Salil Shetty.

"If FIFA’s new leadership is serious about turning a page, it cannot allow its showcase global event to take place in stadiums built on the abuse of migrant workers.”

“The abuse of migrant workers is a stain on the conscience of world football. For players and fans, a World Cup stadium is a place of dreams. For some of the workers who spoke to us, it can feel like a living nightmare."

“Despite five years of promises, FIFA has failed almost completely to stop the World Cup being built on human rights abuses.”

"All workers want are their rights: to be paid on time, leave the country if need be and be treated with dignity and respect."

Amnesty noted that, on returning to Qatar in February 2016, researchers found that some workers had been moved to better accommodation and their passports returned by companies responding to the group's findings, but other abuses had not been addressed.

In response to the Amnesty report, FIFA said it was working hard with Qatar's supreme committee to ensure "continuous improvement" in the treatment of workers on World Cup projects.

Spokesman Federico Addiechi said in a letter: "The workers' welfare standards in place since February 2014 were described by Amnesty as 'key protections'. The second version of these standards, finalised in February 2016, have been improved with support of various experts and NGOs.

"One of the many improvements that are part of the second edition is the mandatory requirement for all workers to be in possession of their personal documents, such as their passports, and to have a personal safe for storage.

"While constructive criticism is necessary ... it is also important to acknowledge progress and improvements.

"We do not agree with the statement in your letter 'FIFA took no clear, concrete action to prevent human rights abuses of workers'. FIFA has been integrating human rights components in different aspects of its work, not least through the 2014 and 2108 World Cup sustainability strategies.

"While FIFA cannot and indeed does not have the responsibility to solve all societal problems in a host country, FIFA has taken 'concrete action' and is fully committed to do its utmost to ensure human rights are respected on all sites and operations related to the World Cup."

FIFA said Amnesty's study was made just as the second version of the directive was coming into force.

Qatar's ministry of foreign affairs stated that labour reform was a "complex issue," adding that it was working to restrict summer working hours, ban the withholding of passports by employers (punishable by a 25,000 Qatari riyal ($6,867) fine), and signing bilateral agreements with origin countries to stop the practice of recruitment.

It said Qatar's emir, Tamim bin Hamad al-Thani, last October issued "sweeping" reforms on entry, exit and residency requirements. It noted, however, that they had yet to be enacted.

"Our government takes the issues of labour rights and human rights very seriously and is committed to the ongoing, systematic reform.

"New laws have been enacted - and significant efforts have been made to strengthen the enforcement of these laws," the ministry said in a letter.

"We believe these reforms demonstrate that Qatar is working hard to improve the lives of its guest workers and that steady progress is being made.

"We are well aware that our efforts are a work in progress, and we appreciate the efforts of Amnesty and other NGOs are making to help us identify areas for further improvement." 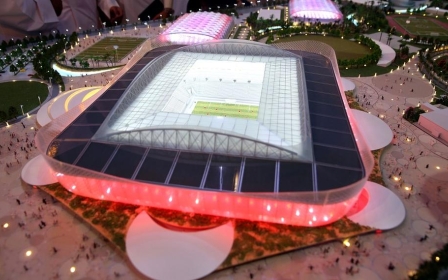 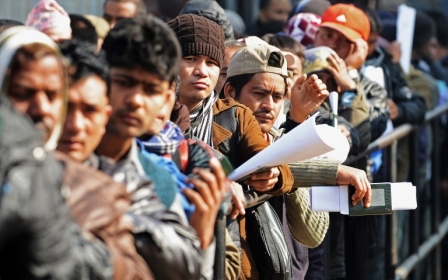