'The Zionist occupation has continued to commit crimes against us,' said one of the young protesters on Friday 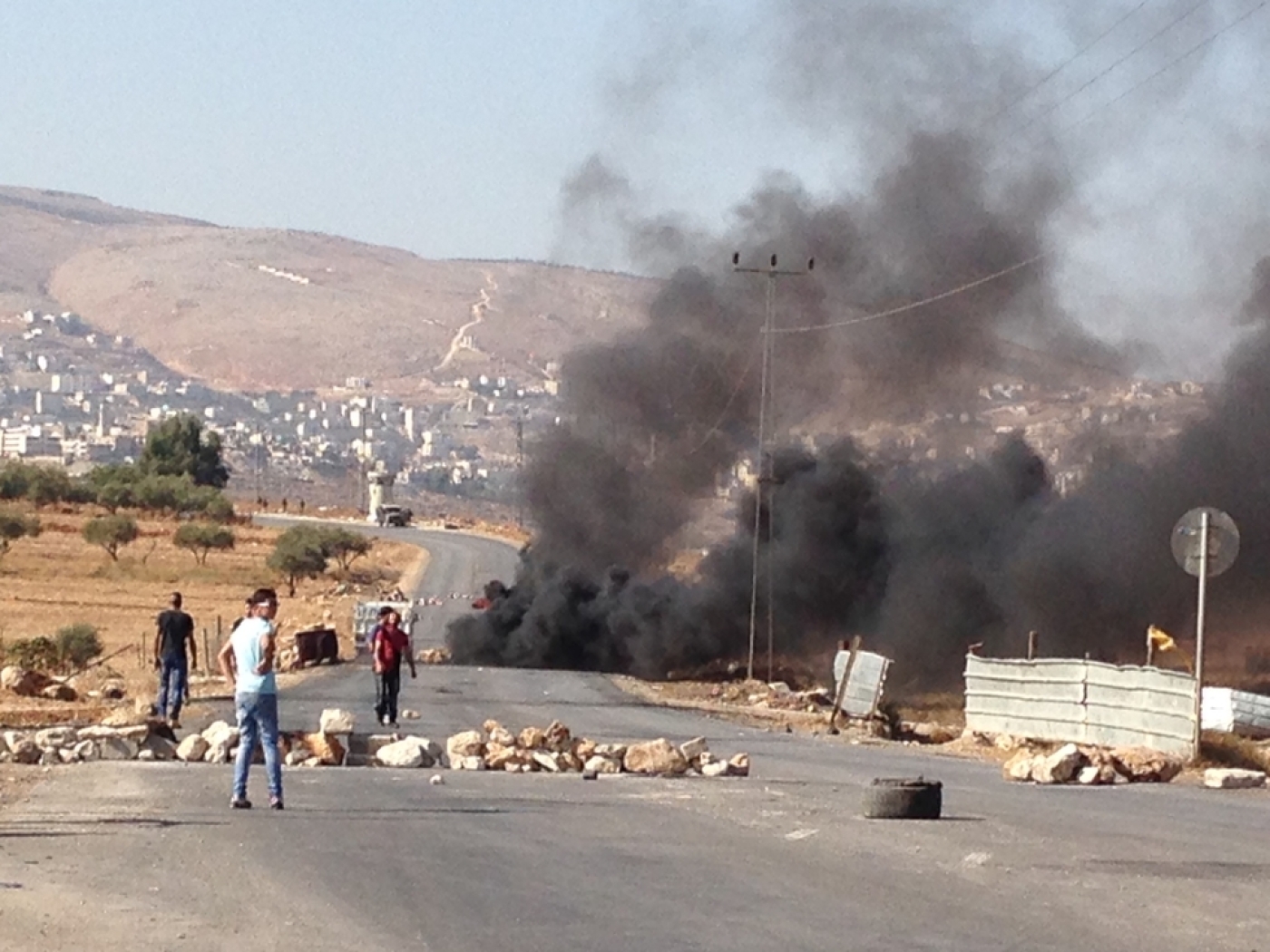 NABLUS - Four Palestinians were killed and dozens injured on Friday in fresh clashes across cities in the West Bank and on the Gaza border, where Israeli soldiers used live fire, rubber bullets and gas canisters to disperse the crowds. At least one was killed in Nablus and sixteen injured.

Here in the heart of the West Bank, street confrontations followed a late-night Palestinian attack on Joseph’s Tomb, a holy site revered by Jews just outside the city.

The Israeli military reported that hundreds of masked Palestinians hurled Molotov cocktails at the site in the dead of night, setting fire to part of the compound which houses the ancient site which Jews and Christians believe to be the final resting place of the biblical Joseph. Muslims believe that an Islamic cleric, Sheikh Yussef Dawiqat, was buried there two centuries ago.

Widespread reports early on Friday suggested that the activists burned the tomb at the site; Israeli media reports said that the arsonists torched the entrance, couryard and part of the building.

However, the Palestinian Ministry of Information released a statement on Friday, saying that the activists had, in fact, burned rooms at the complex that had been built by the Israeli army for Jews who wanted to come pray at the site, not the tomb. The ministry called on journalists to be "active, credible and objective" in reporting the news.

Israeli settlers are suspected to have firebombed the Dawabsha's home near Nablus, resulting in the death of 18-month-old toddler, Ali Saad Dawabsha, whose parents, Saad and Reham Dawabsha, later succumbed to their wounds as well.

Palestinian President Mahmoud Abbas condemned the arson and said that the Palestinian Authority and the Israeli army would rebuild the site.  He called the act “irresponsible behaviour".

But for the dozens of young men who demonstrated in Nablus on Friday, burning tires and throwing stones at a road used by settlers, a de-escalation seemed unlikely.

“Abu Mazen only talks, but we do,” Jihad said. “We wish he would put on his army uniform and come join us here on the streets, where we are taking up the honourable struggle until we finally succeed."

According to the 1993 Oslo Accords, the shrine near Nablus which was the site of the incident on Friday was meant to remain under Israeli control. But when the second Intifada broke out in 2000, the Israeli army evacuated because it was too difficult to defend.

In cooperation with the PA, the Israeli military allows Jewish worshipers to make monthly pilgrimages to the site, however right-wing politicians and religious groups have called for Israel to retake control over the site.

In the past, it has been a meeting place for Israeli ultra-nationalists, including Meir Ettinger, the grandson of the late Rabbi Meir Kahane, who in 2011, despite Israeli military instructions, invaded the site along with others.

There, Ettinger met students from the “Od Yosef Hai” yeshiva in the settlement of Yitzhar and studied there under Rabbi Ginsburgh, an advocate for returning to the Israelite kingdom who wrote a pamphlet justifying Baruch Goldstein’s 1994 mass murder of 29 Muslim worshipers in the Cave of the Patriarchs.

Referring to the torching of the Dawabhsa home, Ishair Hanani, one of the Nablus protesters said on Friday, “We have seen that the Zionist occupation has continued to commit crimes against us, including in Duma, but also before then."

“The generation undertaking this intifada is one that refuses Oslo,” he said.