A Kurdish Iraqi family prepares to board a bus to leave the "Jungle" migrant camp in Calais on 12 October, 2016 (AFP)
By
MEE and agencies

A first busload of children arrived in Britain on Monday from the "Jungle" camp near the French port of Calais as the British government started to act on its commitment to take in unaccompanied migrant children before the camp is destroyed.

The fate of children staying in the Jungle, a squalid camp where up to 10,000 people fleeing war or poverty in the Middle East and Africa have converged seeking ways to cross to Britain, has been a political problem for the British government.

Religious leaders, refugee rights campaign groups and opposition parties have accused the government of dragging its heels on helping to move unaccompanied children out of the camp, which France has said it will soon demolish.

The French and British interior ministers, Bernard Cazeneuve and Amber Rudd, agreed in talks on 10 October to speed up the process of moving children eligible to go to Britain out of the Jungle.

Fourteen children, the first whose cases have been processed, arrived by bus in Croydon, south London, to be reunited with relatives already living in Britain. Faith leaders and aid workers were on hand to welcome and assist them.

"The camp at Calais is a desperate, dangerous, horrible place, nowhere any adult should be, let alone any child," said Bishop of Croydon Jonathan Clark.

"So this is a really good day to celebrate as some of those children begin to make their journeys to be reunited with their families," he told reporters outside a Croydon church.

It is not known exactly how many children will be brought to Britain. The British interior ministry has said 80 children had been accepted for transfer from France so far this year under EU family reunification rules known as the Dublin regulation.

The Red Cross estimates that 1,000 unaccompanied children are living in the Jungle, of whom 178 have been identified as having family ties to Britain. It has said some of these children have been held back by bureaucracy.

Separately from the Dublin process, Britain has sent out a team to work with the French authorities to identify children who can be brought to Britain under the terms of a change to British immigration law known as the Dubs amendment.

It states that Britain will take in "vulnerable unaccompanied child refugees" who arrived in the EU before 20 March, even if they do not have relatives in Britain.

The 20 March was the date of an EU-Turkey deal aimed at limiting the flow of migrants into the bloc, which reached crisis levels in 2015.

The Dubs amendment is named after the politician who proposed it, Alf Dubs, who came to Britain as a Jewish child refugee fleeing Nazi persecution. 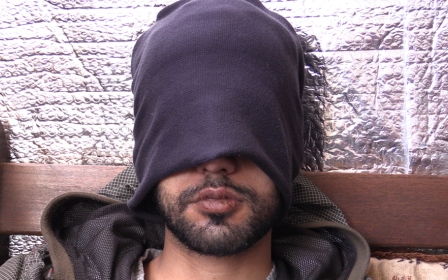