In a first for Israeli television, Abdulhameed Hakim appeared on Channel 2 to discuss the on-going Qatar crisis Israeli Channel 2 hosted a Saudi Arabian guest on their channel for the first time, in an interview with the director of the Middle East Research Institute in Jeddah.

The interview with Abdulhameed Hakim direct from Saudi was a first for Israeli television. Most Arab countries have no diplomatic ties with Israel but behind the scenes, Gulf states and the Israelis have been drawing closer over shared regional interests.

The interview, which was hosted by Ehud Yaari, the Arab affairs editor of the channel, covered the issue of the countries who severed ties with Qatar, including Saudi Arabia and the United Arab Emirates.

Saudi Arabia, Egypt, the United Arab Emirates and Bahrain cut their ties with Qatar and expelled the Gulf state from the coalition fighting the war in Yemen, accusing it of supporting terrorism. It opens up the worst rift in years among some of the most powerful states in the Arab world.

The Maldives soon followed suit in severing all ties with Qatar.

Hakim said in the interview that the countries which had cut ties with Qatar did so in pursuit of a new policy, with no space for what he called "terrorism".

Hakim also said that there must be no space in the region for groups that want to use religion to achieve political goals, specifically mentioning Hamas.

He ended his interview by saying that it was time for a "new Middle East", based on love and peace and coexistence, and denying hate and violence and extremism. 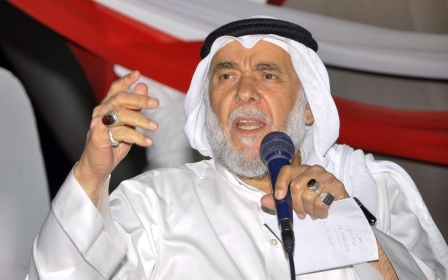