Video reportedly shows bombs falling on rescuers at the scene of an earlier air strike in Saada province, with at least 20 people killed 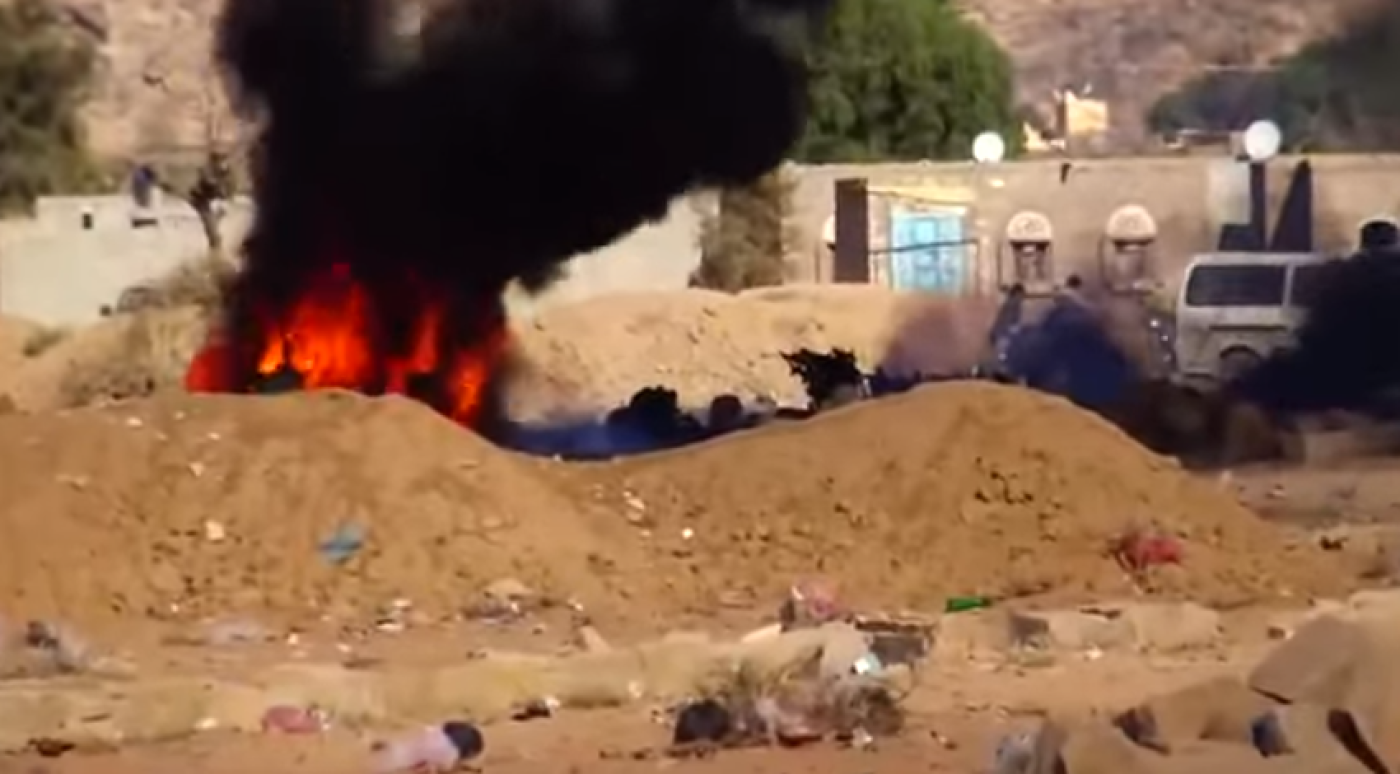 Footage emerged on Thursday night from Yemen which reportedly shows an air strike by the Saudi-led coalition that targeted civilian rescuers responding to an earlier bombing raid.

Multiple air strikes in the town of Dhahian in the northern province of Saada killed at least 18 people, including several civilian rescuers and an ambulance driver working at a clinic supported by Doctors Without Borders (MSF), according to a statement by the group.

"The ambulance was hit as it arrived at the site of an earlier bombing. When people gathered to assist the victims, the same site was hit again. The driver and the ambulance were then hit in a third strike," MSF said in a statement.

The group said the total number of wounded and killed was still uncertain, but that it had received 40 casualties, six of whom had died.

"This latest loss of a colleague is devastating, and it demonstrates the ruthlessness with which healthcare is coming under attack in Yemen," said Teresa Sancristoval, emergency coordinator at MSF.

"People there are being subjected to this kind of violence on a daily basis. No one, not even healthcare workers, are being spared," she said in the statement.

Saada has a population of nearly one million. It is also the stronghold for Houthi rebels, who seized large areas of Yemen in 2014, including the capital Sanaa.

Saudi Arabia launched a coalition in March 2015 to push back the Houthis who they view as being backed by Iran. The Saudis aim to reinstall the government of President Abd Rabbuh Mansour Hadi, who fled the country in the wake of the Houthis' advance.

The graphic footage posted to YouTube on Thursday night, which Middle East Eye is unable to independently verify, claims to show the aftermath of Saudi-led coalition bombing raids in Dhahian.

It was filmed by 17-year-old Hashim al-Homran, who on Friday died of injuries sustained in the strikes. 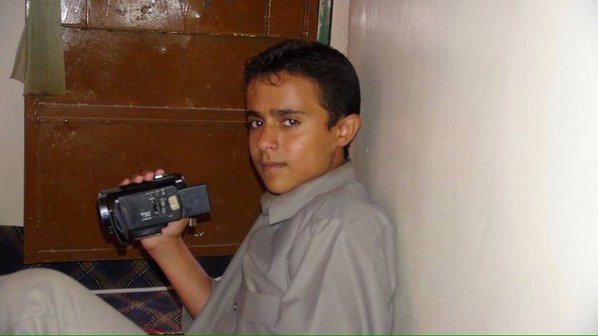 The five-minute video opens with shots of people, who appear to be civilians despite some carrying weapons, searching for survivors of an air strike.

Women and children can be heard screaming. The rescuers are seen to drag several injured people into the back of trucks. 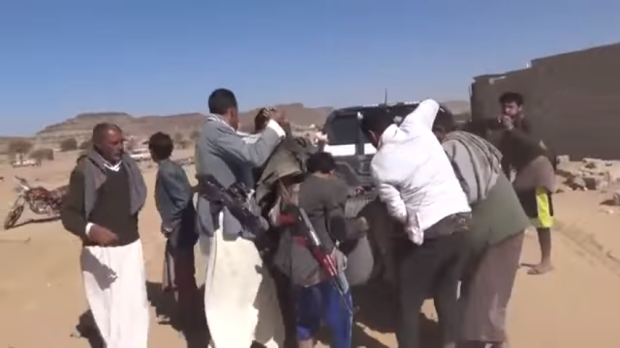 A jet or jets can be heard in the sky during a sequence where an injured man is loaded into a truck. The jet engine noise become more prominent before an explosion hits a building surrounded by rescuers.

A shorter clip of the raid, which is not graphic, was posted to Twitter and shows the moment the bomb was dropped.

After the explosion, the cameraman drops to the ground, but continues to record the scene.

Screams can be heard after the jet engine noise subsides.

The cameraman walks through rubble and burned-out cars towards the bomb site, what they refer to as the aftermath of the fourth air strike in the area.

The footage then shows at least 10 dead bodies, one of which is a boy, who appears to be no more than 13, who died of terrible head injuries.

The video ends with footage of smoke billowing in the distance, and the sound of jets still in the sky. 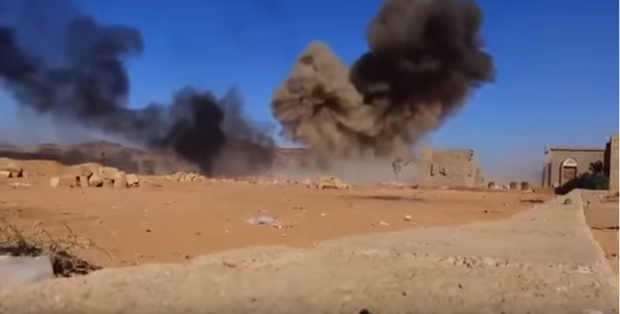 It is not known if there were any further air strikes on Thursday in the area.

Muhammed Hajr, director of the Jumhuriya Hospital in Saada, told the New York Times that an air strike in Dhayan hit an ambulance after it had picked up injured, killing everyone inside. It is not clear if Hajr was referring to the rescuers shown in the video.

Hajr said that at least 12 people were killed in air strikes as they tried to help others injured in earlier bombing raids. The tactic of striking the same area twice, as responders arrive to the scene, is commonly referred to as a “double tap”.

More than 7,000 people, including at least 2,795 civilians, have been killed in Yemen’s war, according to figures released by the UN at the beginning of January.

The conflict has compounded an already serious humanitarian crisis, and the UN estimates that over 80 percent of the country’s 25 million people now require some form of humanitarian assistance.

All sides have been accused of war crimes. In December UN human rights chief Zeid Raad al-Hussein said a “disproportionate” number of civilians had been killed in strikes by the Saudi-led coalition.

Saudi Arabia’s allies, particularly the UK and US, have been condemned for continuing to sell arms to Riyadh despite allegations the coalition is breaking international law with the air strikes.

It emerged earlier this week that in a three month period in 2015 the UK sold Saudi Arabia more than £1bn worth of bombs, which rights groups condemned as being a “breach by the UK of its obligations under domestic, European and international law”.