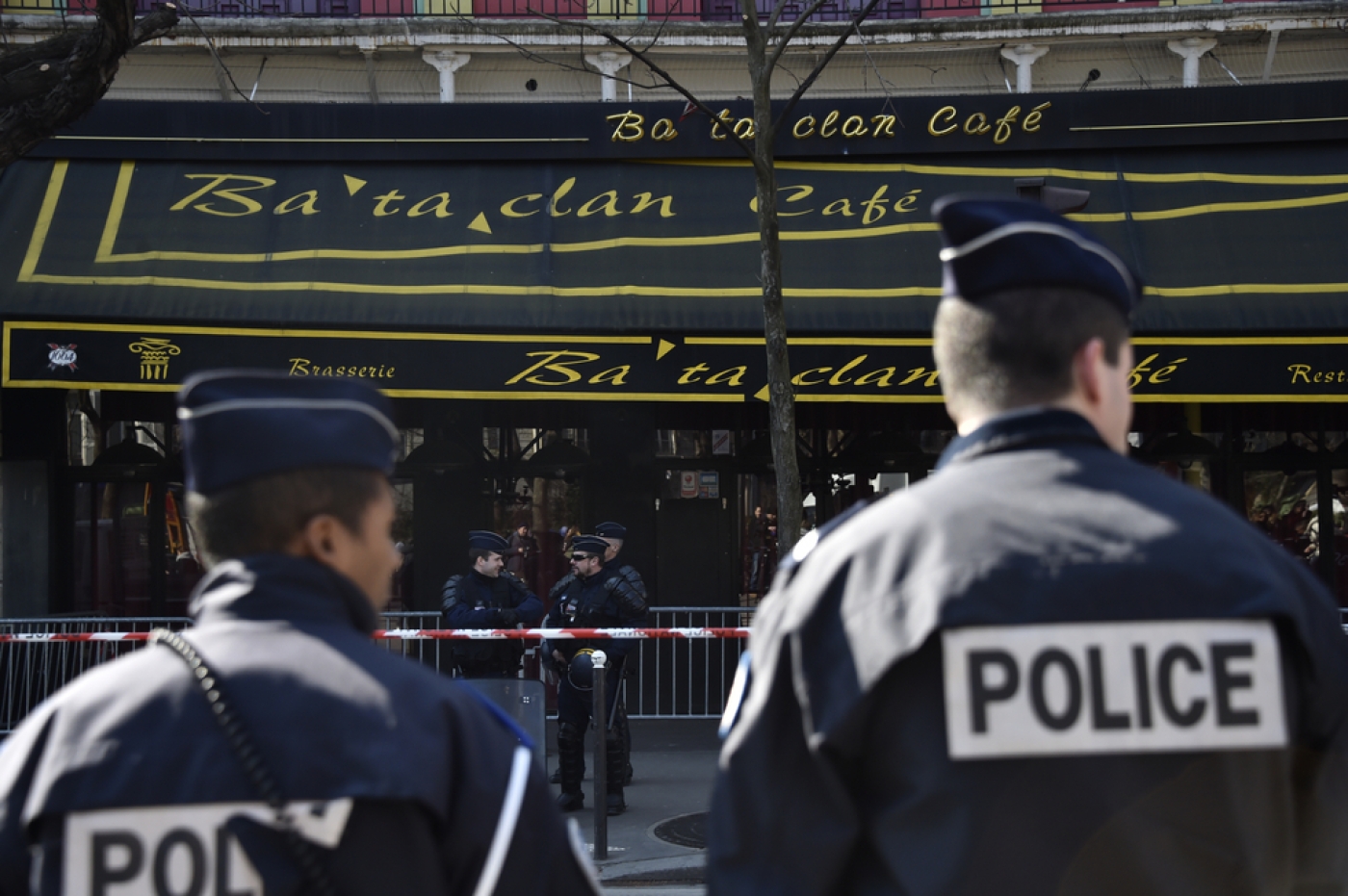 Police officers stand outside the Bataclan concert hall in Paris in March as a French parliamentary commission visits the building. (AFP)
By
Jamie Merrill

A 35-year-old Algerian man labelled the “forgotten hero” of an Islaimc State group attack on a concert hall in Paris last year has been awarded French citizenship, Le Figaro reports.

The man, who only wants to be publicly identified as Didi, was working as a security officer at the Bataclan concert hall during the attacks last November, which left 130 people dead.

Witnesses said Didi re-entered the theatre on several occasions during the siege to help dozens escape the gunmen, who were systematically killing concert-goers attending a gig by the US band Eagles of Death Metal.

“In hindsight, I think it was crazy. But I knew the room by heart. I did what I had to do, without thinking,” said Didi, who came to France from Algeria when he was six months old. The assault left 90 people dead at the theatre.

Following the attack, a petition calling for Didi to be given French citizenship gathered more than 100,000 signatures - he had applied before the attack.

“He could have run away upon hearing gunfire, given that he was outside," reads the petition on Change.org.

“But he chose to enter to warn spectators and lead them to the emergency exits."

“Didi has been forgotten by most of the media, which is unfair, but also by political leaders. He is seeking naturalisation, and he amply merits it,” it adds.

Now six months after the attack, French Interior Minister Bernard Cazeneuve has announced on Twitter that Didi - who has shunned media attention amid fears he would be targeted by militants - had been granted French citizenship: “Warm congratulations to Didi, the brave guard of the Bataclan on 13 November. I welcome him as a French citizen.”

Speaking on French television on Friday, Didi said: “When the interior minister called me this morning and said ‘welcome to the nation’ I felt very proud."

He added that he had “always felt French”.

The petition to award Didi French citizenship had also noted that Malian Lassana Bathily, who saved people’s lives during an attack on a Jewish supermarket last January in the wake of the Charlie Hebdo massacre, was awarded French nationality within weeks at a high-profile event hosted by Manuel Valls, the French prime minister.

However, Didi said he had applied for citizenship two months before the attacks as he already held a 10-year residency permit, and that his role at the siege "played no role" in his naturalisation.

Earlier this month, the lead singer of Eagles of Death Metal claimed that the Bataclan attackers “knew the bouncers”. The band were later forced to cancel two scheduled August performances in France after Jesse Hughes was widely attacked for his comments and blaming the attacks on a "Muslim conspiracy".