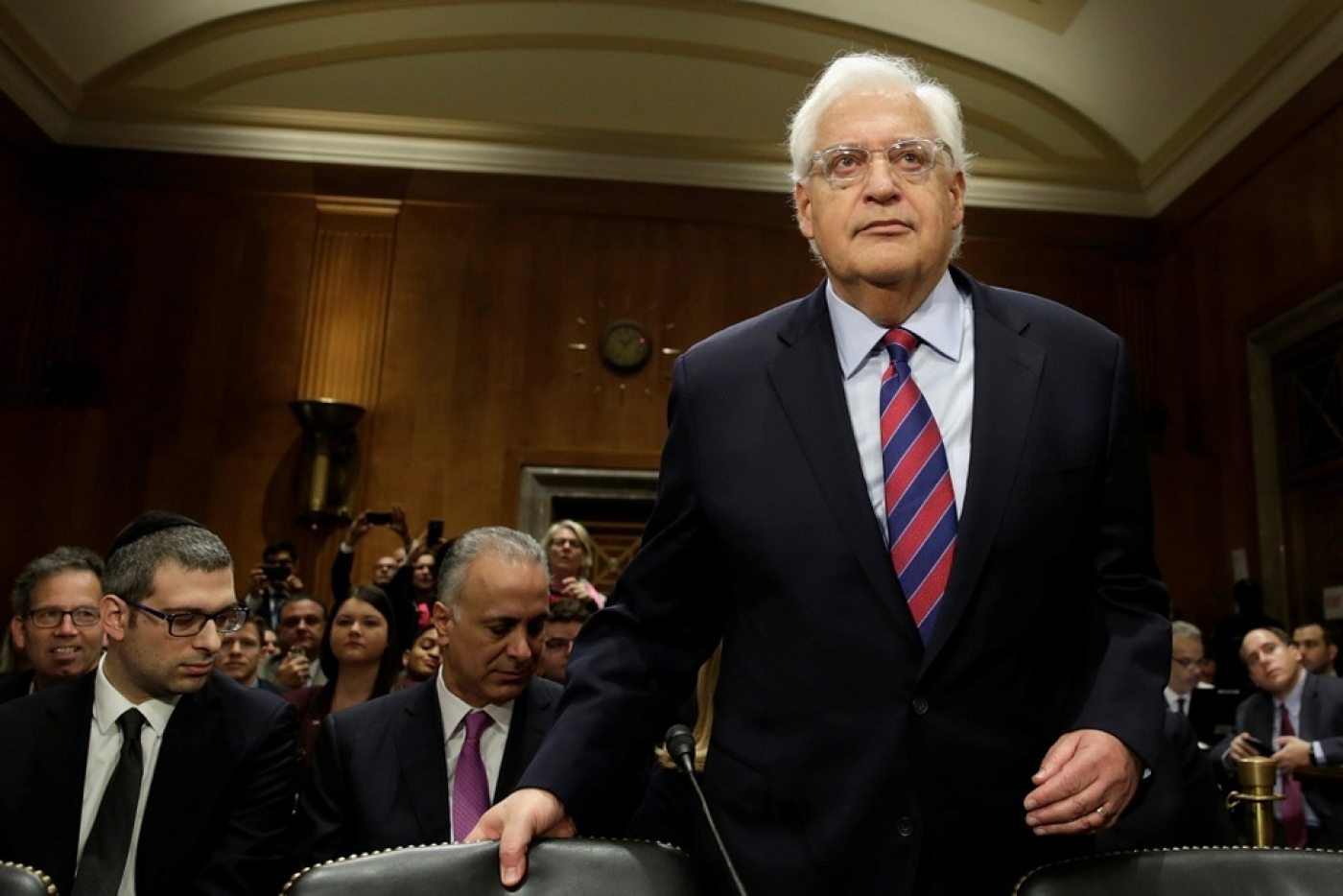 President Donald Trump's nominee to be US ambassador to Israel faced repeated heckling at a Senate confirmation hearing on Thursday before he apologized for his stinging criticism of liberal American Jews and promised to be less inflammatory in an official capacity.

Five former US ambassadors to Israel have urged a Senate committee to carefully consider David Friedman, saying he is an "extremist" unqualified for the job.

In a letter sent to the Senate foreign relations committee, the ambassadors said Friedman had presented "extreme, radical positions” on Israel, supported illegal settlements and derided the two-state solution for the Palestinian conflict.

The committee began confirmation hearings on Thursday for Friedman, a Trump lawyer who has called for the US embassy to be moved from Tel Aviv to Jerusalem, and denounced progressive pro-Israel lobbyists as "worse than kapos" -  a reference to Jews who served the Nazis in the death camps of World War Two.

At his nomination hearing, Friedman backtracked on some of his earlier statements saying that the language he used during the campaign had been rightly criticised.

"I regret use of such language," said Friedman. "The inflammatory rhetoric during the presidential campaign is entirely over. If confirmed my language would be measured."

"There is no excuse for my offensive comments. I deeply regret them. They don't reflect my character."

His hearing was interrupted by pro-Palestinian campaigners singing and waving Palestinian flags. The protestors were removed from the hearing.

The former ambassadors' letter urged the committee to "satisfy itself that Mr Friedman has the balance and the temperament required to represent the United States as ambassador to Israel".

The letter noted Friedman has been “active in supporting and financing the settler movement”.

It was signed by Thomas Pickering, William Harrop, Edward Walker, Daniel Kurtzer and James Cunningham, envoys who have worked for both Republican and Democratic administrations.

On Thursday, Democratic senators pressed Friedman on incendiary comments he made including calling Obama an anti-Semite and Democratic Senate leader Chuck Schumer, who is Jewish, an appeaser.

"Frankly the language you have regularly used against those who disagree with your views has me concerned about your preparedness to enter the world of diplomacy," Ben Cardin, the senior Democrat on the committee, told the nominee.

Under questioning, Friedman tried to soften his positions on a number of hot-button regional issues.

While expressing skepticism of a two-state solution calling for the creation of Palestinian state next to Israel, he acknowledged it was the best option for peace. He said he did not personally support Israeli annexation of the West Bank and agreed with Trump's view that settlement activity "may not be helpful" to achieving peace.

Friedman is likely to be confirmed by the Senate, which is controlled by Republicans.

Republican Senator Lindsey Graham acknowledged that Friedman has said things he did not agree with but backed the nominee as qualified, experienced and passionate.

"I believe he is the right guy at the right time. He'll be Trump's voice. Trump won the election," Graham said.

Friedman had attacked liberal Jewish organisation J Street in December after the group said it was "vehemently opposed" to his nomination.

"Friedman is a leading American friend and funder of the settlement movement, lacks any diplomatic or policy credentials and has attacked fellow Jews and public figures with hateful accusations that are disqualifying for representing our country in any capacity," it said.

J Street added that Friedman has consistently aligned himself with Islamophobic figures and conspiracy theorists.

"His nomination is reckless, putting America’s reputation in the region and credibility around the world at risk," the group said. 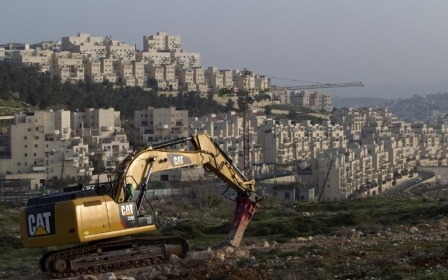 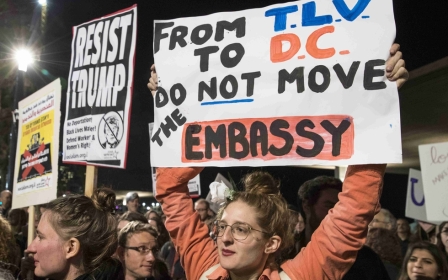 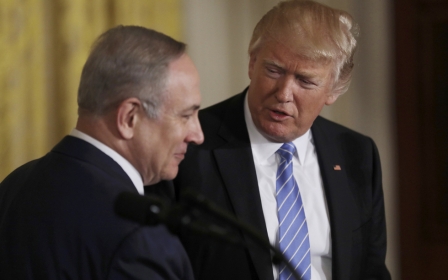