Four Russian warships strike at IS targets in Syria

Missile strikes on IS in Syria from Caspian Sea come as Russian warplanes bombard Hama, Idlib 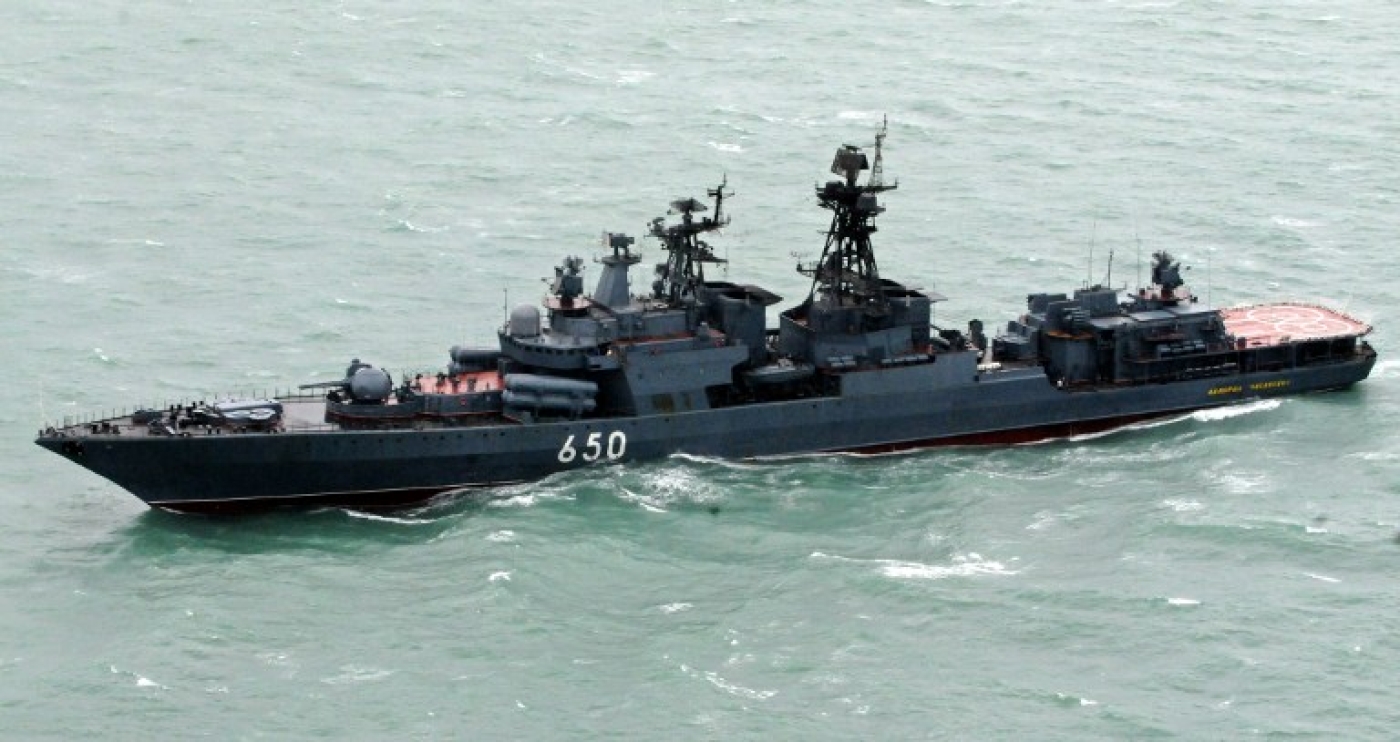 Four Russian warships on Wednesday struck at Islamic State targets in Syria with cruise missiles, as Moscow ramps up its military campaign, Russian President Vladimir Putin was told by his defence minister.

"In addition to the airforce, four warships of the Caspian flotilla have been involved," Defence Minister Sergei Shoigu said, adding that the warships carried out 26 cruise missile strikes against 11 targets.

The missile attacks come as a Russian defence ministry spokesman said that Russia might implement US proposals aiming to coordinate Moscow's strikes in Syria with the Washington-led coalition.

"The Russian defence ministry has answered the demands of the Pentagon and is examining in depth American proposals on coordinating operations carried out ... against the terrorist group Islamic State on Syrian territory," Russian news agencies cited Igor Konashenkov as saying.

"On the whole, these proposals could be put in place," he said, adding: "We will for our part only try to clarify certain technical details which will be discussed today between Russian military defence experts and those from the Pentagon."

US and Russian officials held discussions last week - at Russia's request - on establishing measures to avoid accidents so warplanes flying over Syria would not be in the same place at the same time.

Turkish officials also said on Wednesday that they are prepared to hold talks with Russia to avoid further violations of their sovereignty, after Russian fighter jets entered Turkey's air space on two consecutive days, causing an uptick in tensions between the two countries.

Meanwhile, Turkish Prime Minister Ahmet Davutoglu said on Wednesday that Turkish military intelligence had informed him that only two of Russia's 57 airstrikes have actually hit Islamic State targets. All others, he said in televised remarks, have hit rebels backed by Turkey and the US.

"If there's going to be a fight against Daesh, let's do it together," Davutoglu said, using the Arabic name for the group.

On Wednesday, Russian and Syrian government planes reportedly bombarded northern parts of Hama province and nearby Idlib, focusing strikes on the main north-south highway that runs through major cities in western Syria, the Syrian Observatory for Human Rights told Reuters.

Russian jets also carried out airstrikes on 12 Islamic State sites in Syria on Tuesday, as Moscow expanded its week-old bombing campaign in the war-torn country amid mounting tensions with Ankara over the violation of Turkey's airspace by Russian military planes.

How effective Russia's entrance into the civil war will be in swifly changing the situation on the ground in Syria is questionable, said the observatory's head Rami Abdulrahman.

"There is no information yet of any (government) advances on the ground, but the airstrikes have hit vehicles and insurgent bases," Abdulrahman told Reuters.

Middle East Eye's Ali Ibrahim captured video of an area in Idlib that was reportedly hit by a Russian airstrike earlier this week.