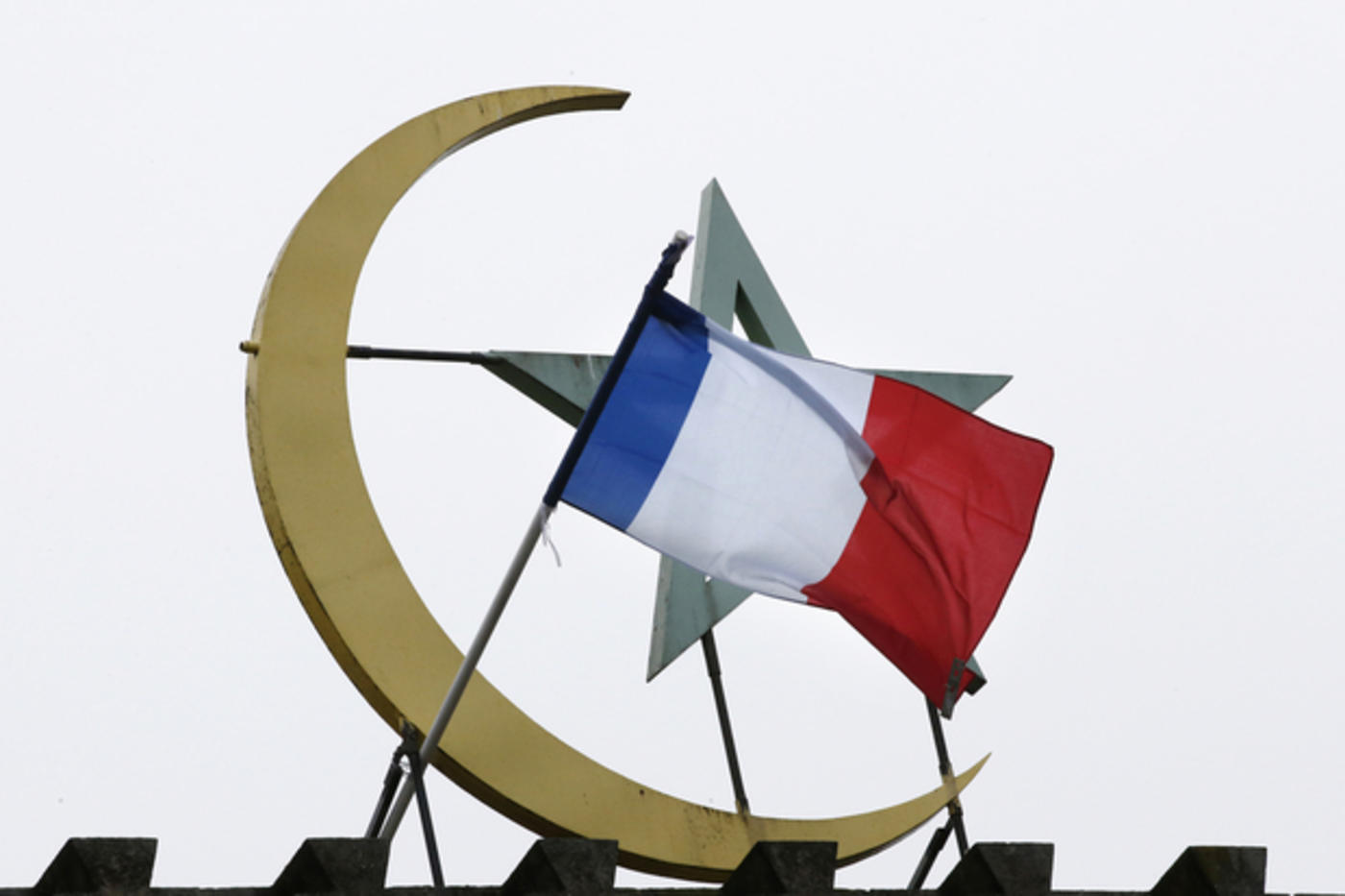 French flag at mosque (AFP/file photo)
By
MEE and agencies

France would intervene if a French militant were condemned to death in Iraq or Syria, the country's justice minister Nicole Belloubet said on Sunday.

The possibility of such an event has arisen after an Iraqi court this month sentenced to death a German woman of Moroccan origin for membership in Islamic State (IS).

The European Union has a long-standing policy against capital punishment and all member nations have abandoned the practice.

Asked in a television interview on Sunday about how France would react if a French militant were condemned to death, Belloubet said: "The French state would intervene, by negotiating with the other state in question."

Any such negotiations may involve requests for extradition, though Belloubet emphasised that these situations would be considered case by case.

French public prosecutor Francois Molins said this month that about 676 French nationals, including 295 women, were in the Iraq-Syria region.

Several dozen French nationals are believed held in detention in Iraq and Syria.

The group has carried out scores of atrocities in the Middle East since proclaiming a "caliphate" there in 2014.

France remains on high alert after suffering a wave of attacks commissioned or inspired by IS militants in 2015 and 2016, which killed more than 200 people. Diplomacy
France's Macron calls on Iraq to dismantle all militias